When I first met Michael Zee last September, the Shanghai-based Instagrammer behind the popular food account @symmetrybreakfast, told me a story that I still vividly remember. While visiting People’s Park’s so-called marriage market on a Saturday, a popular fair where parents from all over China “advertise” and “shop” for their single children to set them up with the most suitable candidates, he met Xia Danning, a woman in her 60s from the southwest who was looking for a partner for her lesbian daughter. While facing fierce opposition by most attendees at one of the most conservative events still happening in Shanghai, Xia, like many other LGBTQ parents, are trying to transform people’s perception towards their children and are battling for their future in a society that it’s too often adverse to change.

Liverpool-born Zee, whose attention to detail and aesthetically impeccable breakfasts have garnered him international Insta-fame, told me this story as we were conversing about his and in his husband Mark’s life in China’s most cosmopolitan mega city (where they relocated in February 2017). As “expats,” their life as a married gay couple hasn’t changed much since they left the UK but “the worst thing is to have an “us” v.s. “them” attitude […],” he explains. “As we have a very privileged position here, we should be proactive in championing the local Shanghai and Chinese LGBTQ heroes and events.”

Throughout China, the fight for gay rights and equality has made significant progress over the past decade. Yet, it’s still difficult for many young people to come out to their families or in the workplace as traditional social structures and cultural values still play a dominant role. For Zee, however, living in Shanghai, has made it clear that “the generalised attitude that Chinese people are ultra conservative is not entirely true, I think the obstacles will exponentially decrease within a generation, much like they did in the West – no one would have imagined a country like Ireland legalising gay marriage 30-40 years ago, but they did.” Shanghai is the only city in China that celebrates Pride Month with an annual LGBTQ Pride event. Its tenth edition, which took place last month around the city, was a celebration of cultural integration and progress through talks, events, and screenings. According to Zee, the event is “definitely a low-key affair compared with other major cities, it’s less booze and party focus.” Looking at the programme, it’s clear that for the past ten years, local groups have been finding creative ways to bypass strict laws and limitations imposed by the central government. This ultimately resulted in an event that still takes inspiration from its Western counterparts but is increasingly Chinese and reflects local realities. There are no colourful parades on Shanghai’s main streets but rather a sharing session to celebrate the overcoming of obstacles and personal victories towards acceptance.

The more he tells me some of the stories of his Shanghainese friends, the more I understand what Zee is witnessing in the city. Like the daring parents fighting for their children’s rights with banners and slogans in People’s Park, many others are ultimately giving in to the love and appreciation they have for their kids, which, more than imported values and political agendas, have the real potential of driving change. “I have a Chinese friend who goes home every Spring Festival and his mother funnily tries to bribe him to marry a woman, but they have a great friendship and she ultimately understands that he is gay and knows that it won’t change,” he says.

When SymmetryBreakfast was born in 2013, Zee didn’t reveal his identity for the first 400 posts, with many of his fans assuming that the person behind the account was a woman cooking for her male partner. When he finally announced his real identity, his followers “were pretty great about it, in 5 years of running SymmetryBreakfast I think I’ve had one negative or homophobic comment,” Zee recalls. “Most people were either deeply uninterested or sent us positive messages of support.” Since then, he felt like having a responsibility that goes far beyond making incredibly beautiful and diverse dishes that inspire cooks all over the world. “For example, I make a point of correcting people when they ask if Mark is ‘my friend’, many also struggle with the concept of him being my husband, preferring to call him my boyfriend, but I stick with it,” he says as small things can often have a bigger impact.

SymmetryBreakfast is much more than extremely well-curated feed for foodies. The account was the result of an everyday act of love: Zee started it to share the meals he was preparing each morning for his then partner Mark. Over the years, it’s turned into a quirky e-journal of the couple’s travels and daily adventures, told through global recipes, interactive Insta-stories and even a personalised Spotify playlist. His published cookbook “SymmetryBreakfast: Cook, Love, Share” is also based on his personal and professional journey with hundreds of cultures and thousands of flavours shared with – and for – his husband. What started as a hobby, cooking scrambled eggs and avocado roses in his East London kitchen while working full-time at the Victoria and Albert Museum, has now turned into an incredibly successful career. “I used my book to propose to Mark and I live streamed our wedding on Instagram,” Zee says. “Now that it’s been over five years since I first started the account and that my followers know that we are gay and married. I have less of a problem with it being about me and Mark and not just about the food.” For the couple, the most surprising aspect of being “Insta-famous,” is the interactions and respect they receive when they meet their followers in real life, with “no filters”.

Going forward, Zee feels that while it’s important to remember the balance between reality and perception, he recognises the account’s potential, especially in China, and is excited for what the future holds for him, Mark, and their beautifully symmetrical breakfasts. 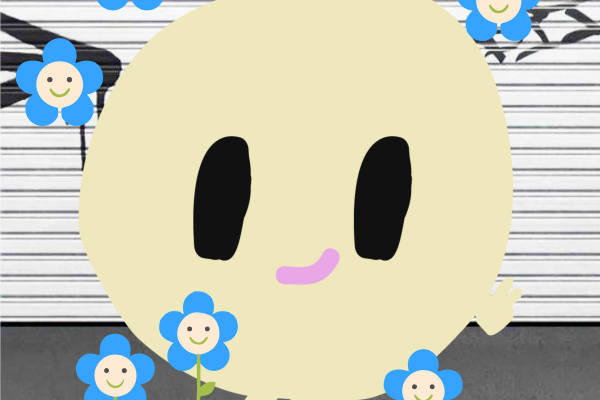