Netflix has been relentlessly teasing exciting releases. With the proven success of series released this year including Sex Education Season 3, Squid Game, Never Have I Ever Season 2, and more, we picked five new releases that you wouldn’t want to miss out on

The comedy-drama Maid premiered on October 1. Inspired by Stephanie Land’s New York Times best-selling memoir Maid: Hard Work, Low Pay and a Mother’s Will to Survive – the miniseries follows single mother Alex who escapes an abusive relationship and turns to cleaning houses for a living as she fights to support her child. Prepare yourself with some tissue as Margaret Qualley, the Once Upon a Time in Hollywood actress takes you on a tear-jerking ride dappled with bits of humour.

The last season of You left fans on an excruciating cliffhanger – who was the mysterious neighbour at the end? Another love interest who’ll fall victim to Joe’s charming facade? How will the newly-weds’ relationship develop with parenthood? How will Joe overcome his childhood trauma for his baby? Worry not, your burning questions will be answered on October 15, the premiere of You Season 3. Netflix recently teased this season with new characters. The wealthy Cary played by Travis VanWinkle and a ‘’Mom-influencer’’ played by Shalita Grant, both of whom invite Joe and Love into their respective inner circles. Get ready for a round of even more sinister and conflicting events.

Korea’s TV production has the world’s attention with their latest triumph, Squid Game, and they’re about to wow with the crime-thriller My Name. If you’re a fan of the Netflix Original series Extracurricular, then don’t miss director Kim Jin-min’s latest work. The story centres around Yoon Ji-woo, played by Han So-hee, determined to avenge her father’s murder as an undercover police officer. The actress is known for her role in the romance drama also released this year, Nevertheless.

Calling out to all Gravity Falls fans, this one’s for you. Inside Job is written by Gravity Falls writer, Shion Takeuchi, and produced by Gravity Falls creator, Alex Hirsch. The adult animated comedy is set in Cognito, Inc., a company that works for the Shadow Government. Freaks and Geeks’ Lizzy Caplan joins as part of the voice-over alongside Christian Slater who’s known for his breakthrough role in Heathers. If you’re ready to be enlightened or even more perplexed by the conspiracy theories this show explores, grab a seat and dive into a world of lizard people and secret societies this October.

The Dawn of the Dead director returns as executive producer along with his wife, Deborah Snyder, for the spin-off, Army of Thieves, a rom-com heist starring actor and director, Matthias Schweighöfer. Earlier this year, Zack Snyder directed the zombie heist thriller, Army of the Dead. It earned a place in the Top 10 Films ranked by overall time spent viewing. A whopping 187 million viewing hours within just 28 days of release. Army of Thieves takes place before Army of the Dead, with a comical twist of romance mixed action, unlike any of Snyder’s previous works. Tune in on October 29 to find out how a crew of 5 thieves play “tag” with two French police in a safe-heist. Snyder also directed major DC Comics films including Watchmen (2009) and Man of Steel (2013).

Last but not least, here’s a bonus for you: All 180 episodes of Seinfeld are now available on Netflix. Follow the misadventures of four single friends in New York City and get ready for a sit-com marathon.

Get cosy, grab some popcorn, and indulge in these binge-worthy releases this Fall. 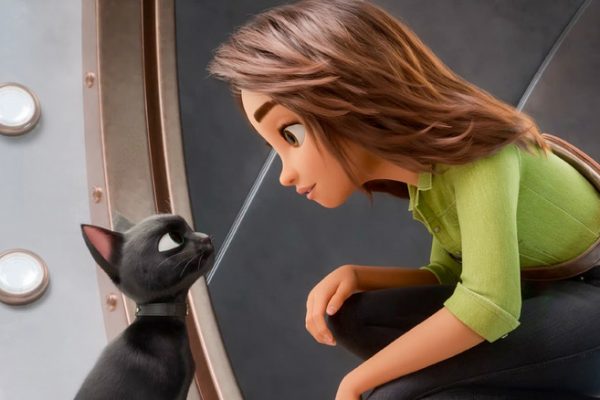