The future is coming for our wardrobes with the help of denim brand Unspun and its 3D scanning technology. Co-founder and CEO Waldenlam speaks to Zaneta Cheng about how technology can help reduce environmental impact and why Unspun’s approach to denim is one small step for garment making, one giant leap for mankind

If Cher Horowitz had heard about Unspun and its 3D scanning technology, you can bet your VHS machine that she would have had at least the denim brand’s Bootcut in Unspun Blue and the Retro Flare in Organic Light circulating in her digitally organised wardrobe.

Made to fit and customisable, the jeans are surprisingly simple to procure. You open the Unspun app, where there are various styles to choose from. Once selected, another page pops up with options for trouser fit, fabric washes, cuff, waist and stitching options. Finally, the app brings you to the scanning process, which takes about one minute to complete. Enter age, height and scan your body – clothed in underwear or tight-fitting clothing. The app requires one 360-degree turn and voila, in a few weeks, custom-fit denim jeans arrive on your doorstep.

Walden Lam, co-founder and CEO of Unspun, spent a number of years in climate policy and at Lululemon, which, combined with the knowledge of his business partners Kevin Martin and Beth Esponnette, created a fashion brand using technology that some might have scoffed at as something from an episode of Star Trek.

Having just made Fast Company’s 2022 list of World Changing Ideas with its VEGA 3D weaving technology, the tech-first fashion company has been making waves with its on-point denim, partnering just this year with Pangaia, another brand that’s looking to revolutionise garment making by lowering impact and “techifying” material creation.

I think there are a lot of reasons for it. None of us had any denim experience before doing this. Beth’s experience was mostly outdoors – so mountain [wear], Columbia. I had more experience in activewear, with Lululemon. And we saw a lot of fit issues with garments that were stretchy. If it was a product that was not stretchy then people would have fit pain points and jeans became one of the top contestants in terms of what we wanted to tackle.

What we didn’t know was how complicated denim is to tackle in terms of the processes. Like the wet process, the laundry process, the shrinkage. We were so naïve. The main reason we got into it was we heard a lot of pain points from consumers who were saying, “Why are there no jeans that fit me?”

What was it about technology that you and your business partners felt could add value in this space?

Both Beth and I had exposure to design thinking, so we were kind of brainwashed that to start a business we had to focus on a pain point and consumer needs and that’s why we went really deep, talking to customers, going to their homes, looking in their wardrobes, taking pictures and figuring out what was missing.

Then we were in Beth’s kitchen and we were essentially trying to validate the feasibility of using scan as a primary way to create custom and back then – it was, I think, in 2016 so the technology wasn’t there yet – we had to use a handheld device that was connected to a cable and Kevin was standing in his underwear and we had to go around him, but that was the start of us looking into whether scan data would be accurate enough for us to create custom.

I remember in the early days of our business that we always thought that scanning would be the next big thing. We were always saying, “Yeah, in the next six months it will be in your pocket, people will scan from their phones.” And for the first one and a half years we kept saying that and eventually we were right, but we were off a bit on the timing.

We use phone scanning, currently accessing the depth-sensing inward-facing camera on iPhone – starting from iPhone 10, which was launched almost four years ago now when you used face ID, not the thumbprint. It’s the camera that can do facial recognition that has that depth-sensing camera, so we use that to create 3D scans. We found that to be comparable in terms of scan accuracy versus in-person scanning. Prior to that, we relied on customers coming to our offices to do the scanning, and with phone scanning, we eliminated that need.

What other technologies do you employ in the Unspun process?

Another piece that’s probably a bit more behind-the-scenes is that when we scan somebody we can create an avatar – like a 3D image, essentially. We apply machine learning to the avatar to create the patterns incorporating the fabric weight, the styles, the stretchiness of the fabric. And I always say machine learning, because when we ship out the products and we get feedback from customers they either say it’s the perfect fit or it sucks and that gets fed back so that’s a bit more behind-the-scenes but quite a bit of where the magic happens.

Another major one that we’re working towards is 3D weaving. Essentially, we’re taking the yarns and three-dimensionally building the pants from the ground up so it’s a bit like 3D printing in terms of creating without the cut and sew. Traditionally, cut and sew is a reductive process where you start with a roll of fabric and cut the pattern you want and you have to throw away the off-cuts. Here, you take the yarn and you build from the ground up so that almost every single yarn used ends up in the garment. We’ve been developing that from the start of the company, and that we own.

There are other technologies that we use along the production process like laundry and laser, but honestly, I think most denim companies should be using them and those aren’t proprietary and we don’t have unique access to them.

Right now the resistance is from the designers who think they look fake or they don’t look natural, or that it doesn’t respect conventions around denim creation. We’ve done tests and put them in front of designers to tell the difference and they can’t.

So would you say that your brand is a sustainable one?

I think we probably want to get away from being associated with sustainability or sustainable fashion. It’s such a high bar. It means you can run the system in a consistent manner without accessing or exploiting resources. I don’t think Unspun is there. The most sustainable thing is to go naked. And if you try to induce consumption, in general, that’s not sustainable so I would say most fashion brands probably are not sustainable. I think we’re lower impact than most and we’ve chosen to focus on carbon emissions because of the urgency of the climate crisis. I mean, in India, we’re talking about 43C in parts of the country so we’ve focused on that.

So what we do is try to hold ourselves accountable. We buy cycle assessments end-to-end to offer the transparency of where we’re making trade-offs. When you consume washed jeans, you create a bigger impact because of the wet process. The laser also uses technology so we want to offer that trade-off to the consumer but I don’t think we want to say that we are sustainable because we truly are not.

How much of your background in climate policy influences this operation?

It helps me zero in on this as something that I want to do. In the early days, when we set the mission of the company, I think that was heavily influenced by my work in climate policy where I realised how slow change is made at a governmental body level. It’s hard and climate is a problem that is almost set up to fail as a tragedy of the common because you don’t see it. It’s not visible and what you do doesn’t benefit you directly.

So I think climate is a tricky issue to take self-initiative on but we cannot rely on government action even though government regulation has to be part of the solution. If we can create change through consumer behaviour, I think that’s at least one way to go and that’s why we focused on creating a product that was compelling. By having consumers buy in on the product, then we’re making an impact.

Part of this is also selfish. I have a four-year-old daughter and she is almost as old as Unspun. I think it’s this notion that my decisions on what I do have consequences beyond my lifespan here on Earth and I can’t tell her without framing it differently that the world that she grows up in is a better environment than the world I grew up in. So that part is definitely a more selfish interpretation of our mission but it’s quite real to me. 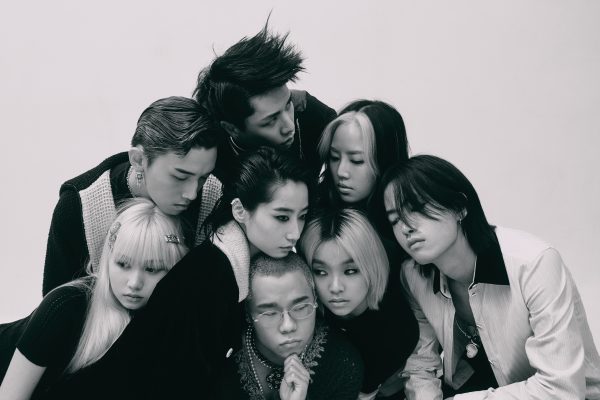 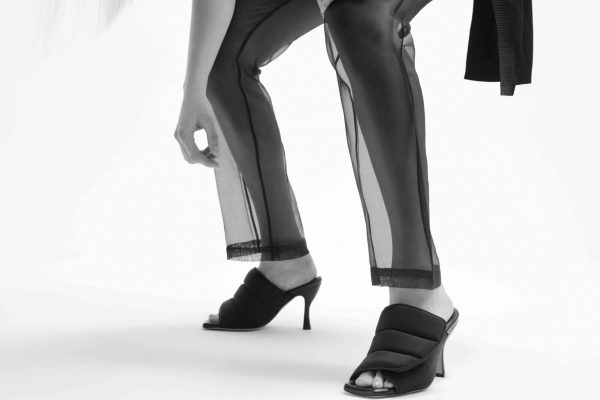