Last week, Ferrari unveiled the newest two-seater berlinetta to wear the prancing horse badge, the brand-new 296 Gran Turismo Berlinetta (GTB). This marks the brand’s transition from V8’s and their beloved V12’s towards their newest V-6 design, and the introduction of a hybrid powertrain outside of their hybrid halo cars, the SF90 Stradale and the LaFerrari.

The first examples of the car will arrive in Europe beginning in Q1 2022, priced at €269,000 (about $2.5 million HKD), for the basic package, and €302,000 (nearly $2.8 million HKD) for the track-focused Assetto Fiorano package, which is also accompanied by a unique optional livery.

Quite possibly the most remarkable part of the car is the powertrain, full of firsts for a Ferrari production car; while the 296 GTB marks the first V6 in a Ferrari-badged production car, they’ve been racing them for decades, and built the now-defunct line of ‘Dino’ sports cars around similar V6’s.  Producing 654bhp from the F163 combustion engine out of only 2992cc displacement, for a whopping 218hp/L, the 296 GTB’s engine is claimed to have the highest specific power ever from a production car engine – at least for the moment.

Adding 164hp more from the rear-only electric motors, which together with the 8-speed rear-wheel drive transmission, preserves the dynamic rear-engined driving experience, adding up to an energetic total of 818hp.  The 296 GTB is also the first Ferrari hybrid able to drive on electric-only, although only up to 135kph, and over only 25km; still, considerate 296 GTB owners may be much more popular with their neighbors than other Ferraristas when returning home late at night.

Ferrari achieved this mostly by adopting a 120° vee angle for the new engine, which, although only introduced in a production car earlier this year in the McLaren Artura, has a long history in Ferrari’s racing, first with the 120° V6 in its ‘Sharknose’ 156 racer of the 60s, and revisited in ‘80’s F1 for the 126C. The 156 F1 is especially beloved by the brand and the tifosi for earning Ferrari’s first-ever F1 constructors championship, as well as the 1961 Formula One drivers championship, the product of engineering icon Carlo Chiti.

The ’80’s era 120° V6’s were the brainchildren of Nicola Materazzi and Mauro Forghieri, powering the 126C series of F1 cars, winners of the ’82 and ’83 constructors championships, as well as the unreliable yet fast Ferrari 156/85, and the entirely uncompetitive Ferrari F1/86, which failed despite the well-regarded engine. It is safe to say the 120° V6 is in Ferrari’s blood, no matter those who feel the loss of the V12 and V8 to be abandoning Maranello’s heritage.

The 120° V6 offers several advantages; smooth power delivery and high revs due to how combustion is timed with rotation, and ease of packaging and an even lower centre of gravity than a turbocharged flat engine, as the scrolls of the twin turbos are placed within the top of the V, and the exhausts tucked beneath the banks of cylinders.  This arrangement also leaves the powertrain’s exhausts remarkably straight and direct, which, combined with the new single square exhaust, boosts power and offers attractive acoustics.

Ferrari has been hard at work to assuage those worried the firm’s move to V6’s could sacrifice the enjoyability of its sound, heritage and driving experience compared to Maranello’s famed V8’s and V12’s, with the F163’s sound being a major focus of development. Apparently, Ferrari engineers referred to the V6 as the ‘piccolo V12’ (small V12, in Italian) during development for its sound, although judging by the video that’s been released, it has notes relatively akin to a V8.  The F163 shares a redline of 8,500rpm with the V12 in the 812 Superfast, which may contribute to this perception.

According to Ferrari, the design of the 296 GTB has been focused around the concept of “Emozioni di Guida,” which Ferrari translates to “fun to drive” (although “emotion of driving” may be a closer translation).  Ferrari identifies five key elements that go toward achieving this goal; sound, perceived acceleration, longitudinal and lateral, the feel of braking and shifting gears, and the “go-kart feeling” emphasised by the short wheelbase, the rear-wheel-only drivetrain, the brand-new active aerodynamic spoiler, another first for Maranello, and the new driving controllers developed specifically for this car.

Ferrari has focused upon producing a light, agile automobile, with a very high power to weight ratio of 1.74hp/kg, the well-known acceleration goodness of electric motors, and a brake-by-wire system.  Overall, Ferrari claims the 296 will reach 0-100kph in 2.9 seconds, and 0-200kph in 7.3 seconds and only 107m.  The lap time set on Ferrari’s Fiorano circuit test track is an impressive 1 minute, 21 seconds.

The aesthetics of the 296 GTB are a departure from the aggressive lines of previous Ferrari’s, and marks the brand’s change from the fastback styling of their previous mid-rear-engined berlinettas, to a new monolithic design with clean, timeless lines.  A close look at the car might draw your attention to Ferrari’s new headlight design, which seamlessly integrates the brake ducts.  With the visor windscreen, short wheelbase, and the vertical rear window, the Grand Turismo Berlinetta features a cabin with a powerful volume.

The active rear spoiler, the first time Ferrari is using such an aero device to produce downforce, rather than reduce drag, is inspired by the LaFerrari.  A number of the features were drawn from the 296’s spiritual predecessor, the 1963 Ferrari 250 LM, including the way the air intakes are integrated into the rear fenders, the high haunches, the B-pillar, and the use of a vertical rear window.

Internally, the cabin is built around the full-digital interface designed for the SF90, but replaces the SF90’s revolutionary aesthetics introducing the full-digital interface with a seamless integration into the rest of the car.  The passenger is provided with their own smaller interface, allowing them to act almost as a co-driver; Ferrari seems to have designed a car perfect for the back-seat driver.

For those Ferraristas focused upon taking their 296 to the track, the car will be offered with the Assetto Fiorano Package, which includes Multimatic shocks, a carbon-fibre chin spoiler with dive planes, and other aerodynamic tweaks for an extra 10kg of downforce, and lightening modifications such as a lexan rear window and various carbon fibre panels that shave off an extra 15kg.  The Assetto Fiorano will come with an optional yellow-and-grey livery inspired by the 250 Le Mans.  The pricing of the package is being reported at just over HK$305,000 (€33,000) more than the base model, with deliveries for both to start in Q1 2022.

In the 269 GTB and its roaring 3-litre F163 engine, it seems Ferrari may have finally found a replacement for displacement.

In this Story: #motors / #toys 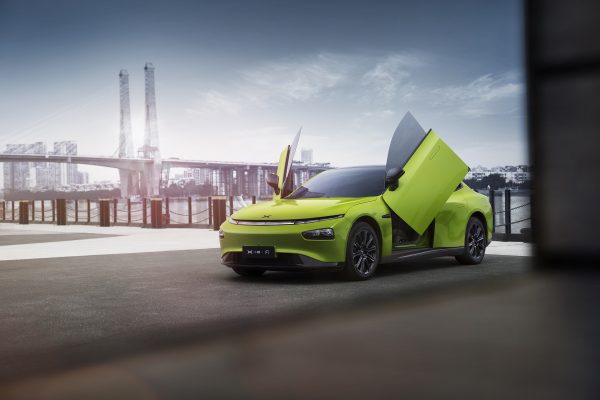 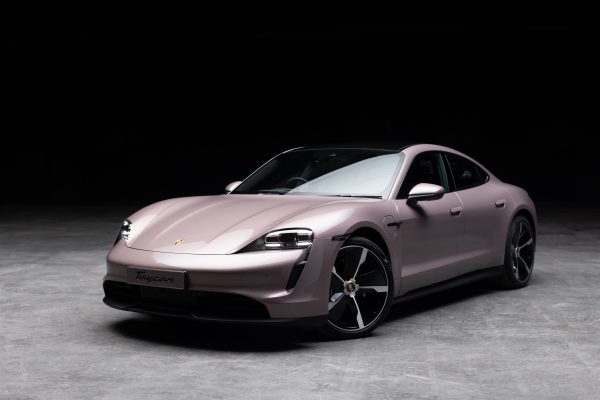 5 stylish and speedy reasons to go electric on the road 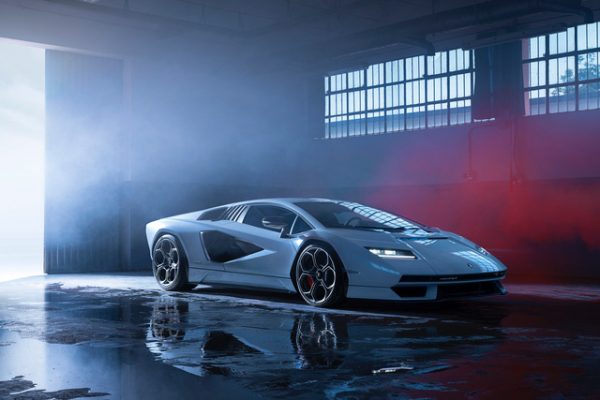 Lamborghini releases a new Countach 50 years in the making