Hong Kong stylist, Declan Chan, is in the City of Lights during one of its most fashionable times of the year. He checks out Chanel, Miu Miu and Louis Vuitton

An early morning jaunt to Grand Palais Éphémère marked my first show on the final day of Paris Fashion Week. It is here at the edge of the Champ de Mars where Chanel orchestrated its Spring-Summer 2023 collection. For this défilé, I dressed in an all-black casual look that paired perfectly with a glimmering sequin Chanel handbag.

Creative director Virginie Viard took inspiration from the film “Last Year at Marienbad” (1961) directed by the acclaimed Alain Resnais. Viard conceived a stunning collection that finds itself caught between a dream and reality. As the show started, floor-to-ceiling projections of the black and white film by Resnais envelop the space. Models began to prance down the catwalk wearing tweed cocktail dresses, double-breasted jackets, and a multitude of garments in polka-dotted prints.

As the collection advanced, dyed ostrich feathers could be seen detailing the collars and a-lines of tweed jackets. Bows in various sizes captured my imagination and were manipulated onto garments that often expressed a boyish aura. After the show ended, I reflected on the polished, and at times dreamlike collection that emphasised the eternal spirit of Chanel.

For my second show of the day, I was outfitted in a two-toned zipped sweater and a pair of ultra-sexy python pants. With two belts around my waist and a ruched leather hobo bag in my hand – I was fully equipped to uncover what Miuccia Prada had devised for Miu Miu this season.

As with last season, the show was presented in Palais d’Iéna a stone’s throw away from Trocadéro Gardens. This season the presentation was in collaboration with Chinese artist Shuang Li, who developed the set design. Li who lives between Berlin and Geneva, targets her work around performance, interactive websites, sculpture, and moving image installations. Her works dive into the contemporary digital landscape. For this presentation, Li developed an industrial feeling set design as well as a short film that was projected on tall metal grates situated across the room.

The first models that traversed down the runway wore minimalist multi-layered looks in various shades of cream tones, while the occasional grey layer balanced the earthy palates. Models wore sandal-like boots that covered their calves and left their toes exposed. As the show progressed looks became more and more complex with the addition of light weigh Jumpsuits and ultrathin raincoats making an appearance.

The ever so Miu Miu exposed stomach was seen paired with hyper miniskirts and nylon bra tops. This collection expressed strong feelings of connection and detachment through garments that a first glance may not seem to connect – but when you examine deeper, they unite to create a fascinating harmony.

Extra-large was the mantra at Louis Vuitton, my final show of Paris Fashion Week. As I passed through the enormous gates of the Cour Carrée, I was completely awestruck by the tantalizing venue appearing in the distance. Moving closer, I could see a monstrous blooming flower façade engulfing the courtyard. The structure was created by artist Philippe Parreno and reminded me of a circus with its hypnotizing LED tube lights directing to the entrance.

This season Nicolas Ghesquière zooms in on traditionally discrete details by supersizing zippers, buttons, belts, and keys. Look one boldly commenced the show with its slinky-shaped shoulder crop top, which was faceted with an oversized zipper. The looks pleated skirt incorporated silk cocoon-shaped hip pads that protruded out, framing a second large zipper.

Oversized handbags caught my eye and added to the quirky proportions that raced past my seat. Leather attire dominated the runway and regularly featured large pockets that seemed to hang and wobble off well-constructed coats, dresses, and skirts. All the while, embroidered lace tights added a delicate touch to an otherwise boisterous runway. Ghesquière used scale to distort the preconceived notions of femininity in this collection that resurfaces often neglected details of clothing. 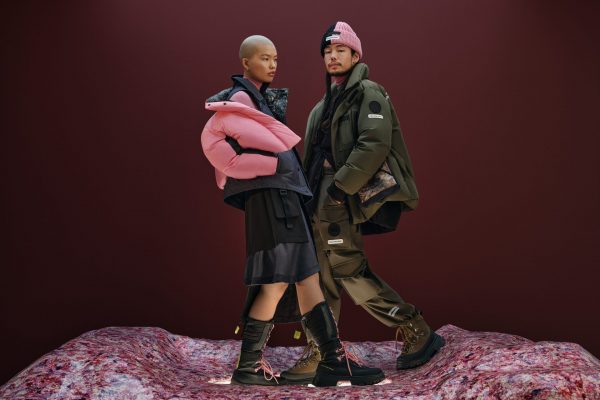 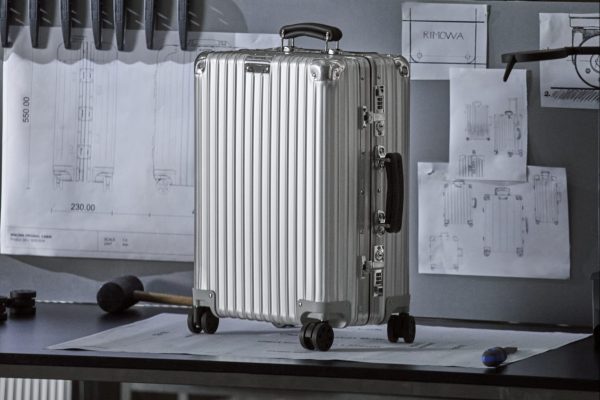 Rimowa: A return to its engineering roots with iconic Classic Cabin collection