When breaking news of Walter Lange’s death spread on the second day of SIHH 2017, the whole watchmaking world was saddened. Lange was a visionary, a steadfast believer who resurrected his family’s trade and led it to new heights. So when the heads at A. Lange & Söhne sat down to discuss how they could pay appropriate tribute, they knew they had to bring something very, very special to the table.

Arnd Einhorn, the company’s director of press and public relations, has only fond memories of the man. “I had the great opportunity to work really closely with him over the course of 20 years,” he explains. “I got to travel with him, talk to him, and have many, many dinners with him and clients. He was the face of Lange – the patron, the father figure for many watchmakers. Every time he came to the manufacture, despite his great age, he went to the atelier and would talk to the watchmakers, especially the young apprentices. He was always interested in what the people were doing and he always gave his feedback, both positive and critical.”

The A. Lange & Söhne 1815 Homage to Walter Lange features a stoppable jumping seconds hand that dates back to a 150-year-old invention conceived by Walter Lange’s great-grandfather, Ferdinand Adolph Lange, which became one of Germany’s first patents in 1877. If you’re a serious watch enthusiast looking for a puristic yet exciting complication, this is it.“The jumping seconds had a very special meaning to Walter Lange,” says Einhorn. “He was so keen to have this realised in a contemporary wristwatch at Lange and he asked often for that. This is why the decision was taken to do something in the 1815 line, which is the most traditional line.”On the dial, you’ll see a small-seconds register at six o’clock, with an additional blued seconds hand in the centre and a pusher on the case at two o’clock. The centre seconds hand is the jumping seconds hand, which makes precise jumps from second to second (instead of sweeping from one second to the other), and can be started and stopped as the wearer pleases by using the pusher at two o’clock.

The watch is powered by a newly developed movement: the L1924, in a nod to Walter’s year of birth. Additionally, the first three digits of the reference number, 297, marks his birth date of July 29. The 1815 Homage to Walter Lange comes in three editions: 145 pieces in white gold, 90 in pink gold and 27 in yellow gold. These numbers may seem odd at first glance, but they actually mark important milestones in the Lange family’s history. The number 145 represents the years from the time Ferdinand Adolph established the company to when Walter registered Lange Uhren GmbH after the reunification of Germany. That resurrection took place in 1990 – and he served another 27 years before his death.

On May 12 and 13, we’ll be witnessing the auction of an extraordinary one-of-a-kind timepiece: the 1815 Homage to Walter Lange with a black enamel dial and a stainless steel case. Auction house Phillips, in association with Bacs & Russo, is overseeing the sale. Proceeds from the auction go to Children Action Foundation, a Geneva-based charity that gives medical aid to children in need around the globe.

Although the unique piece is in stainless steel – indeed, there’s a rising demand in the world of horology for stainless steel pieces – Einhorn insists that this is not A. Lange & Söhne’s core philosophy. “We do look into new materials and we introduced a new gold alloy eight years ago, but we stay within the range of precious metals,” he explains. “It’s a very precious movement, so it should be housed in a very precious case. There have been stainless steel watches in the past – it was in the late ’90s and we did some Lange 1 in stainless steel for the Italian market. But later on, we became stricter about not doing stainless steel. Of course, we’ll make exceptions for unique pieces and for good reasons.”Non-precious metals might be out of the question, but customers won’t be short of colour choices. Three new versions of the Little Lange 1 for women were unveiled this year in three new colours and straps, creating three completely new looks. The first is a purple dial in guilloche gold framed by a white gold case and hands and appliqués in rhodiumed gold; this version is limited to 100 watches. The second is a grey guilloche dial, also cased in white gold, with a matching grey leather strap. The third is the pink-gold version, which comes with a brown-hued guilloche dial. Inside all three versions are the manual-wound calibre L121.1, and like all previous versions, the asymmetrical dial shows the time, a power-reserve indicator and a jumping outsized date. The 1815 Homage to Walter Lange timepiece might be what everyone was talking about pre-SIHH, but at the fair, it was the Saxonia Triple Split that stole the show. “No one has ever done a Double Split, which we did 14 years ago in 2004. I heard someone say, ‘The Double Split hasn’t even been copied yet and you’ve already come up with the next level of lap-time measurement!’ That’s the way we approach things – you could say Germans are a bit crazy that way,” jokes Einhorn.

The new timepiece, which comes in a 43.2mm white gold case, also has a power reserve of 55 hours, a significant increase from the 38 hours in the Double Split. Inside beats the manual-wound calibre L132.1. The Triple Split comes in a limited edition of only 100 pieces. 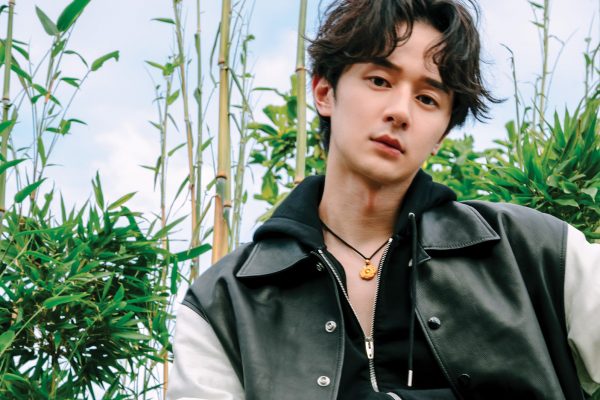