Fierce and warm tend to be incompatible adjectives when describing someone’s personality. But that’s not the case for Hee-yeon Ahn, better known as Hani, the Seoul-born actress and singer from K-pop group EXID. They shot to fame in 2014 after a sexy fan-shot video of Hani and the group performing the song “Up & Down” went viral – three months after they initially released it. The track climbed the charts and eventually hit No.1 on the charts in Korea, which was a huge reward after three years of fighting their way to the top. It wasn’t long before Hani was appearing on the top variety shows, capturing the hearts and minds of fans for her down-to-earth personality and positive energy.

Hani has always been eager to experience new things and is well-known for her strong passion for learning, which has led her to excel in a variety of fields. From music and dancing to triathlons and ballet, she’s multitalented – and multilingual. Beyond her versatility, she’s known for her warm-heartedness, expressing her gratitude and feelings for her loved ones, and caring for people around her more than herself. Even during our photo shoot, while she posed boldly and made her fierce presence felt in front of the camera, she worried about her staff getting exhausted. It was also admirable to see how she put in so much effort to bring out the characters she wanted to express, yet never showed any signs of tiredness throughout, keeping that same spark of energy she had at the beginning.

Now, Hani is ready to show a whole new side of herself as an actress with her new series, XX, where she plays the role of the head bartender at a speakeasy. Pre-released online, the show hit 1.4 million views in its first two episodes for its original and unconventional content. There’s no doubt that Hani will continue to surprise us in her new transformation as an actress.

So how are you doing these days?

The series XX that I’ve been filming has just finished, so I’ve been on some variety shows to promote it and catching up on activities that I didn’t have the chance to do for a while. Oh, I also went on a trip to Thailand.

YoYou just got back from shooting the Survivor-esque reality show Law of the Jungle. How was that?
It was really good – I had so much fun! It was a special episode with all of the best contestants from past episodes, which made it super-fun to shoot. Of course there were many difficulties, since we couldn’t eat, but it was so much fun beyond all that. I can’t wait for it to be aired.

You seem very down-to-earth on TV. What’s your personality like in real life?
In real life, I’m more calm and serious… [laughs] I’m just joking. In fact, my personality is exactly like how I am on TV; my friends always say the same. They like the fact that my TV personality is identical to my real-life personality – and hope that I keep it like that.

On stage, it seems like an entirely different personality pops out. Looking back, have you ever been surprised at yourself?
Yes, I was surprised when I saw I was making excessive gestures. I remember being quite embarrassed when I was looking at it with the other members. I was thinking, “Why did I do that?” But don’t we all get better at what we do through experiences like that?

How did you become so versatile?
My parents allowed me to experience a lot from the time I was young. I started learning clarinet and doing triathlons from elementary school, and I also did ballet. Apart from studying, they let me have a wide range of experiences, so I’m very thankful for that.

Working in the entertainment industry, have there been any difficult moments?
There were many – and I think it was inevitable. I suppose all jobs are the same, having their own difficulties. It was quite tough to not be free to do what I wanted. Being self-conscious all the time was a little hard for me.

What helped you through those difficult moments?
The people around me who love me. Thanks to my family, my group members who experienced the same things as me, and my fans, I was able to get through those moments.

You always seem to challenge yourself and fully commit to everything you do. What should we expect to see in 2020?
Since I just took off on a new journey as an actress last year, I suppose you can see a whole new side of me as an actress in 2020.

What’s it like to start off fresh as an actress?
It’s just so much fun – it makes me surprised all the time.

What’s your goal as actress?
I want to be able to do this for a long time.

In your personal life, what would you like to achieve in 2020?
I want to be a good daughter this year. I started living with my mom last year and I told myself I would be good to my parents, but I don’t think I did a good job. This year, I will do my best – and you guys should also do the same!

Could you say something to your fans?
Hi guys, it’s Hani! I’m always thankful and sorry to you all. I will try my best to see you all more often through various activities. Please follow me on the next steps of my journey, like you’ve done up to now. Have a happy 2020. I love you guys! 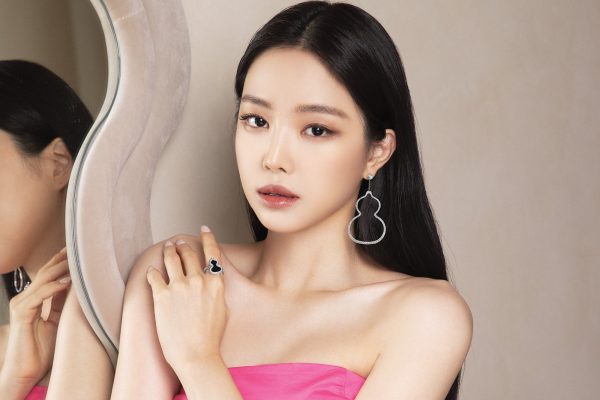