Terrace House: The Japanese reality show everyone is watching When I binge-watched Terrace House – Boys and Girls In The City on Netflix, I kept watching and waiting for something to happen. Then it dawned on me as I realised that nothing was actually going to happen but that made it no less addicting.

And apparently, I wasn’t the only one. According to the latest Netflix report on binge racing (speeding through an entire season within 24 hours of its release), in the plethora of shows available on the platform, Terrace House: Aloha State (the newest season) is the 8th most binge raced in Hong Kong.

So why is it that a show about nothing has surpassed global sensations like Stranger Things and all-time favourites like Orange Is the New Black and House of Cards?

The Japanese reality show franchise, which originally aired on Fuji Television for eight seasons and debuted internationally as a Netflix Original Series in 2015, has a very familiar premise. It follows the life of a bunch of strangers in their twenties sharing a luxurious house in the heart of Tokyo.  The outcomes, however, are very different from what you’d expect.

In the universe of TV reality shows, it’s usually over-the-top drama that hooks viewers, creating a whole new genre of guilty pleasure TV. But as the life of the six Japanese protagonists unfolded on screen, I was amazed at how ordinarily undramatic, and yet addicting, the interactions between them were.

It’s important to note: the occupants of Terrace House are not locked up. They go to university, work and meet their friends: they just live their lives followed by cameras. While some of the occupants fall into the cliché categories of reality shows personalities – the “introvert bad boy”, the “hard-to-get attractive girl” – it was unlike anything I had watched before.

Forget epic arguments and embarrassing sexual encounters. In Terrace House, conflicts are discussed and resolved at the dining table and romances blossom during walks in the park, dinner dates and visits to the planetarium. Surprisingly, what makes Terrace House a success is that sometimes it’s inevitably boring – but so is real life. In every 25-minute-long episode you’ll witness conversations about what the protagonists are going to cook for dinner – which, by the way, usually looks amazing – or a detailed explanation of what it’s like to study medicine in Japan, the same uneventful interactions that characterize our everyday lives. Part of the show’s popularity also derives from the fact that it provides a candid sneak peek into the charming universe of Japanese pop-urban culture and serves as a lifestyle guide for hip places in Tokyo.

Most of the social interactions in the show are awkward at first – almost uncomfortable to watch.

But the awkwardness is so real and tangible that it’s interesting to see how it eventually leaves space to strong friendships that evolve throughout a realistic time lapse.

For those who still wonder why the show was so well-received, it might be noteworthy to mention that there are around eight minutes in every episode that are pure entertainment as a group of quirky Japanese TV hosts and celebrities is filmed while commenting the occupants’ actions without any filter.

From the comfort of a living room, they’re feisty, direct and sometimes offensive, balancing out the lack of drama in the actual show.

In Asia, Terrace House has become a cult. Since its international debut in 2015, similarly to Korean telenovelas, the show has established itself as a continental phenomenon, building impressive fandoms.

The occupants of Boys and Girls In the City went from being reality TV personalities in Japan to becoming internet celebrities with individual fan clubs throughout Asia.

Recently, fan-favorite Mizuki Shida, one of the six original occupants of Terrace House, was featured in the new music video of popular Filipino band UDD, in which she shows the more local side of Tokyo.

Shida, like many of her former roomies, became well-liked for her relatability and spontaneity. Throughout her stay in the house, she was a barista in a Tokyo café, where she still works and where people now go to see her.

As the show is available to stream in more than 30 countries all over the world, it’s been growing a vast following in both Europe and North America.

On Reddit, there are countless Subreddits (forums) dedicated to Terrace House, with users commenting every episode and raking the occupants by popularity and likability, as well as devoted fans showing pictures of places featured in the show and desperately looking for English subtitles for the first 98 original episodes still not available on Netflix. 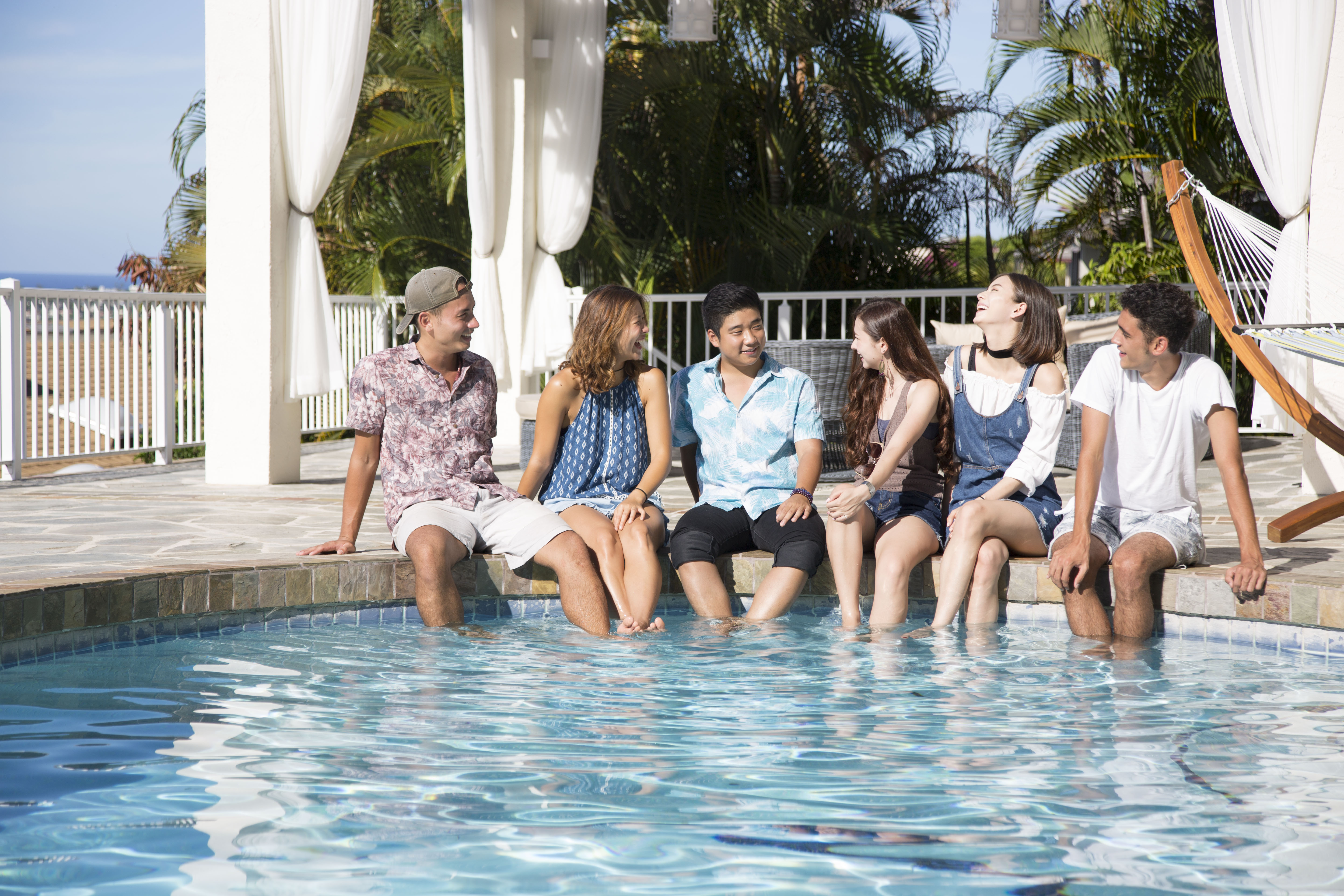 In Terrace House – Aloha state, the newest season filmed in Hawaii, the presence of mixed and international occupants in the beach-side mansion slightly changes the dynamics making the interactions somewhat more dramatic.

Still, it retains its charm as a show that depicts reality in its mundanity and that is a breath of fresh air in a world dominated by reality TV.