It must be the influence of China’s high-and-ultra-high-net-worth wanderlusters in search of experiential travel off the beaten path, but why make wine in the world’s most prestigious regions – Bordeaux, Burgundy, Napa Valley California or Argentina – when you could throw caution to the wind, break corporate and commercial precedent and set up in Shangri-La, North Yunnan, on the Tibetan plateau at the remote edge of the Himalayas. 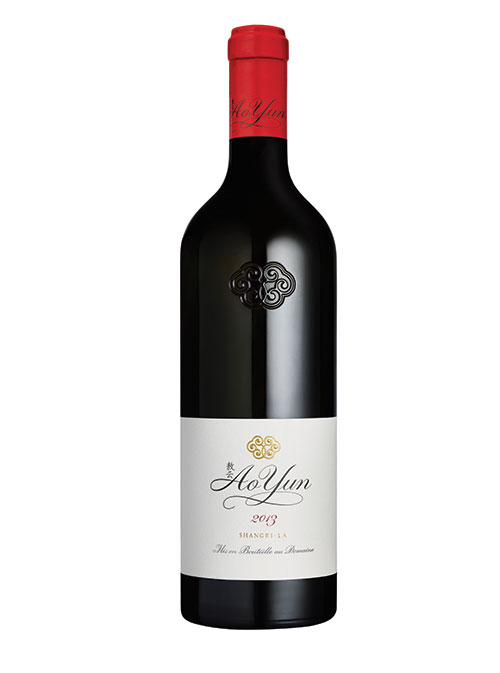 “We have no idea where we are going; if it weren’t for the power of the machine, we couldn’t do it,” so says Jean-Guillaume Prats, chief executive of MH Estates and Wines, midway through the company’s global roll-out at Vinexpo in Hong Kong last month.

This is extreme viticulture of the most experimental kind. “You have to like yak meat, tomatoes and mushrooms over the long haul,” jokes Prats.

MH has created a red wine called Ao Yun, which means sacred cloud, made in the village of Adong. Prats has already debuted Ao Yun to trade and press in the United States, Japan and Hong Kong, culminating in a dinner at the French Embassy in Beijing on June 6. Expect the product to be available in Hong Kong and Southeast Asia by September.

Chanel in Havana, Gucci at Westminster Abbey and Louis Vuitton in Rio, Ao Yun is not, but it’s cultivated from the luxury world’s newly aspirational “add-value” spirit. This is a form of experiential luxury for the “thrillionaire” or “spillionaire” in which the client partakes of adventure – so you, the customer, don’t have to. In the case of Ao Yun, it’s elevated the paradigm. MH isn’t saying, “Hey, we’re telling you how to live, but hey, we’re all in this boat together”. It’s all-for-one and one-for-all, as maker and millennial venture in harmony through the untrammelled cultural and commercial frontiers of possibility. It’s something approaching the ultimate boy’s club, where everyone’s legend.

It goes without saying that Ao Yun is an undertaking of astonishing logistical proportions.

Moët Hennessy chief executive Christophe Navarre approached Australian Tony Jordan in 2009 to find the best terroir for red-wine making in China. Jordan has a track record in managing the company’s estates and for establishing Domaine Chandon in Australia.

Jordan rejected accepted thinking, deciding that Ningxia, already touted as China’s Napa Valley, was too cold, and that Shandong, an east coast province where Château Lafite Rothschild has a presence and is home to some of China’s finest vines, was too wet. MH produces wine in both districts and set up a facility to make sparkling wine in the latter in 2013.

The local government had in 2002 offered incentives to Tibetan farmers in separate villages above the slopes of the Mekong River to plant cabernet vines as a way of improving their livelihoods. Jordan, who arrived in North Yunnan, discovered the vineyards and selected the four villages of Adong, Xidang, Sinong and Shuori, at altitudes varying from 2,200 to 2,600 metres. Growing vines on the fringes of the Himalayas is not without precedent. Jesuit missionaries first planted vines on high in the 19th century. Prats emphasises the pioneering approach to Ao Yun. “There is no benchmark in this process, there is no competition, there are no machines, no English spoken, no schools, no shops, no doctors,” he says. The site is only accessible via a 4,300-metre mountain pass, which comprises one part of a 270-minute journey in four-wheel-drive vehicles over rough tracks and treacherous roads from Shangri-La. Everyone carries oxygen tanks in the cars in case of dizziness. Prats has visited the site 13 times. “I think there is currently no challenge so exceptional as this in luxury.” Nor so extravagant. “This is by far our most expensive production facility in the world,” he says.

Having found red wine’s potential “Holy Grail” in the remote reaches of Shangri-La, MH still needed time to study the feasibility and practicality of growing vines in such a place. “If you come to invest in a place like this, it was important to see vines growing. You never know in a new place if they might have disease or sometimes if there is a toxicity in the soil,” says estate manager Maxence Dulou, who moved his family from France to Shangri-La in 2013 to oversee production and manage the Tibetan farmers. He commutes each week to the beautiful village of Adong, the highest of the four, where in pioneering style MH set up a wine-producing facility in 2014. “Before we invested, we did taste the grapes over three harvests. They had too much yield, but we could really see the potential,” says Prats.

The almost 30-hectare site with 314 plots of vines has been leased by MH for 50 years, in partnership with Chinese baijiu producer Vats, in which MH has a 20-per-cent investment. “You cannot own the land,” says Prats, “but we lead, the farmers execute, and therefore we use their skill and expertise but we don’t directly employ anyone.” The wine itself is made from 90 per cent Cabernet Sauvignon and 10 per cent Cabernet Franc. All the vines are French, but have been sourced from Shandong. Adong will aim to produce 24,000 bottles and Prats expects the facility to reach 50,000 bottles by 2020. The additional production will result from increasing the density of vines from 5,000 a hectare, to 8,000 a hectare. Remarkably, all viticulture is performed entirely by hand, to whit; weeding, shoot thinning, shoot attaching, secondary shoot thinning, leaf thinning, shoot topping, green harvest and harvest itself. There are no tractors and no electricity on the farms.

Dulou, passionate about nature and terroir, must oversee this nirvana. “Look at the reality; it’s a unique place, with a unique climate, with unique people working in the vineyard and if you mention terroir, you must include the human factor. In our case, the humans are very much part of the story. We are organic from the roots and the farmers, we work with them, show them what to do, but they still do what they want with their Tibetan minds.”

What constitutes the Tibetan mind? Farmers achieve the same goal wherever they farm, they must breed and grow, and how they do that depends on climate and culture, Dulou says. “They build houses here the way we did in Europe 200 years ago; all the village comes to help.”

Each home is built from earth, so costs nothing, and is supported by wooden pillars. “To get the pillars the farmers go into the mountains with a yak, cut down a big piece of wood, or a log, and the yak slides the log back to the village. We must keep this. In the world of technology and social media, it could disappear very fast. They are farmers and farming in a Tibetan way.”

So groundbreaking is the initiative, the scientific community of the wine world has much to study and learn from MH’s exploits. “It’s untried and untested and I learn every day,” says Dulou. “In terms of Chinese viticulture, there is a lot to experiment with. Because it’s LVMH, we’re lucky, we have no budget restriction and there is no sense of any time constraint, other than harvesting. More than money, what we have here is spirit, adventure, and everything to discover.”

The soil at Ao Yun is 60 to 80 per cent stone, with a percentage of clay, which makes it very easy for vines to grow deep. It’s mountain-collapsed soil, from avalanches, which creates terraces. Dulou likens it to the Iberian Peninsula. “Perhaps the Douro region or valley in Portugal has a similar topography,” he says. However, at Ao Yun, they cultivate on a 180-day growth cycle, rather than the more conventional 150 days. The climate is similar to Bordeaux but with high mountain identity; same maximum temperature, stronger ultraviolet radiation, and a drier end-season. But where typically in France, for example, the sun strikes at about 7am and sets at 9pm in summer, the surrounding mountains at Ao Yun are so steep that the sun doesn’t strike the vines until 9am and sets at 6pm. “You lose three or four hours per day, compared to France,” says Dulou.

Then there’s the UV. Altitude makes ultraviolet rays stronger, more dynamic, meaning “the plant gets more energy in one minute than with lower UV; it’s more energetic”. That goes some of the way to compensating for the lack of full sunlight.

“If we planted this crop in France it would never ripen because the end of the season would be too rainy. But the end of the season here is sunny, so it’s ripening more slowly, which also changes the ‘planning’.” The result is pronounced – high light intensity makes for thick skins, small berries and deeply coloured wines with great freshness. And so the US$64-million-dollar question. How does Ao Yun taste? Honestly? Like everything and nothing; familiar yet distinct; reassuring but original. Let’s start with how it looks. Its colour is dark, rich, passionate and foreboding – a Macbethian cataclysm of a chalice bodied by rays of Tibetan UV. Then you nose and taste. And that’s when it hits; the exceptional and dynamic photosynthesis, the deer and yak compost, the mountain water, tannins, softer than flesh, denser than destiny, superabundant fruit – exaggerated and heightened. This is a Garden of Eden elixir, steroidal with exotica, it detonates on impact like a firework, deliriously superlative liquefaction, and then pours and purrs around the palate with unimaginable pleasure. You don’t merely drink Ao Yun, you dream it.

Thus far, trade reaction and press has been similarly uplifting and justifies the proposed price of €300 a bottle, with tasters likening its signature to a cross between Ribera del Duero and Napa Valley cabernet.

Berry Bros. & Rudd master of wine, Burgundian specialist and author Jasper Morris is equally enthused. “The first vintage, 2013, is just in bottle and shows amazing promise. It is recognisably Cabernet, while not resembling the wines of any other region, New World or Old. Just possibly, we could be on the verge of discovering a brand-new vinous Shangri-La,” he says.

Can one have too much paradise? What challenges – despite MH’s presence there at all being a minor miracle – await?

“Technically, we need to improve the wine,” says Dulou. “To me the most important aspect is building the relationship with the villagers. The confidence must go both ways. We do a lot of participatory management, everybody’s involved, it’s very hands on.” Expansion? “We’re like a boutique winery here. We want to keep the quantity small, focus on quality. We don’t want to expand. But if other famous wineries come along and want to be involved in this adventure, we will be happy. It’s very risky, very expensive, time-consuming and frustrating.”

There are three other companies in Tibet making wines: one creates a sweet desert wine, another does spirits and there is a Shangri-La winery that is a joint-venture between MH and Vats. The developments make us wonder if there could more wineries established in the surrounding terraces. “We could play with different valleys and different climates, soils, altitudes, in a similar way to Bordeaux, and Napa, and that could be interesting. But in terms of size we could be compared with Burgundy in terms of parameters,” he says.

For now, it’s impossible to compare Ao Yun to anything on the market. Its tagline speaks for itself: To Legends, Ao Yun.