A cat asleep in a banana skin, an avocado meeting an egg, a cat holding a lightbulb and a bird carrying a peach – not exactly the kind of characters one would expect to find in the window displays of one of the world’s leading luxury houses. But Louis Vuitton is not your typical luxury house, and these characters are not just whimsical window dressing.

In fact, they are the creation of acclaimed Swiss contemporary artist Urs Fischer, who has teamed up with the French maison for an ambitious and wide-ranging collaboration encompassing everything from leather goods and ready-to-wear to in-store installations and social-media content.

It’s the second collaboration between Fischer and Louis Vuitton, after he joined five other artists in reimagining the Artycapucines bag in 2019, and the latest in a long line of collaborations that have also seen leading artists and designers Jeff Koons, Azzedine Alaïa, Takashi Murakami, Richard Prince and Yayoi Kusama, among many others, bring their unique visions to the world of Louis Vuitton.

Among the large-scale sculptures and installations that Fischer is best known for are a life-sized Swiss chalet made from loaves of sourdough bread, foam and wood; a painted aluminium sculpture of a huge packet of cigarettes intersected by half a dining chair, and a monumental 20-tonne, seven-metre-high bronze sculpture in which a large desk lamp springs from the head of a giant teddy bear.

For “Louis Vuitton x Urs Fischer”, which launches worldwide this month, the artist has taken an equally monumental approach by devising a complete visual universe for Louis Vuitton’s stores on top of the usual reworking of the house’s signature products and patterns. He began with a groundbreaking reworking of the iconic Monogram pattern, created by Georges Vuitton in 1896, with hand-drawn versions in two colourways (black and red, and black and white) that he refers to as “memory sketches”.

The resulting “dream-like” motifs were then adapted to products across the collection, including sneakers, shawls, dresses and jackets. The Urs Fischer Monogram was also applied with an impressive tuffetage treatment (using a velvet-like material to create extra texture and tactile relief) on an array of special-edition bags including a Keepall, Onthego, two Neverfulls, Speedys and Pochettes Accessoires.

Besides the aforementioned characters, which appear in window displays and on a playful print, Fischer has also designed sculptural elements and high-tech displays that will transform Louis Vuitton stores around the world. And in keeping with the all-encompassing nature of the collaboration, the characters and collections will also come to life in brand-new digital and social-media content rolling out with the January launch. This is Urs Fischer’s world, after all, and we’re just shopping in it. 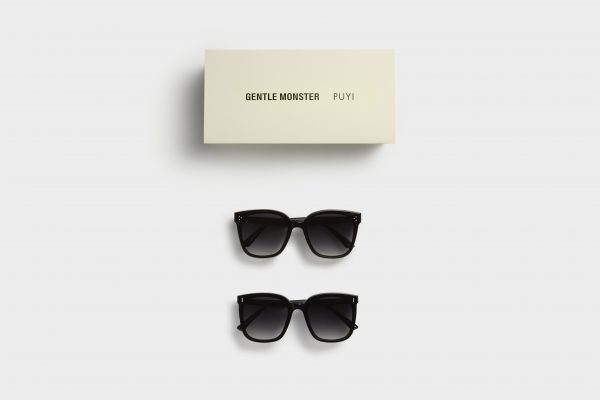