Popping up at K11 Musea for the next three months, La DoubleJ is set to dazzle Hong Kong with its fun prints and bold, bright hues. Founder JJ Martin speaks with Zaneta Cheng about how her business has flourished during the pandemic and why that success is grounded in spirituality and energy healing

Forget lipstick and hemlines. Take it from the sales performance of La DoubleJ – JJ Martin’s independent fashion and homeware brand – that the period we’re now living through will go down in history defined by a colour renaissance and beautifully renovated homes.

“The dress business, which was our core business, totally sank during COVID-19,” Martin says. “But what kicked ass was our homeware. People were buying plates and napkins and pillows and glasses and vases, and I think that’s because people were spending so much time at home and really wanting to curate their own environment. They started realizing how important that was and we were so fortunate to have a whole homeware collection. It’s done incredibly well.”

So well in fact that the Milan-based, formerly e-commerce-only business decided to open its first physical store on the upscale shopping street Via Monte Napoleone. The opening coincides with La DoubleJ’s three-month pop-up at K11 Musea in Hong Kong. While the brand has relied on distributors thus far, Martin believes that the recent decision to open independent locations will “for sure broaden our visibility and it’s a way to link it super well with our e-commerce”.

La DoubleJ started off as a platform for Martin’s personal fashion collection. “I had amassed – over 25 years – this huge collection of pretty important vintage pieces,” she says. “I sold the majority of my collection but what you realise with vintage pretty quickly is that it’s a difficult business because the fits are challenging and the research process is so time-consuming. That’s why I started [creating] new clothes with vintage prints. At first, I was just working exclusively with vintage prints but then, as we got bigger, I had my own artists design our prints and it’s much more of a creative process.”

Now with 30 full-time staff and 15 freelancers, La DoubleJ has certainly grown since the early days of the brand when it was just Martin and her former husband. Since its creation, the label has been a celebration of the best of Italian craftsmanship with everything 100% made in Italy, including glasses made in Murano, silks made in Como and porcelain from Verona. A new collaboration with Ladurée has recently been launched with 19th-century-inspired teapots, trays, bowls, dessert plates and more.

La DoubleJ is also a celebration of colour, which according to Martin contains a certain energy. Her predisposition for saturated tones, bright patterns and bold prints has always existed – our interview is conducted over Zoom and a mix of prints in green, black and camel burst through the screen – but it was only when she began her spiritual practice and journey did she realise why.

Martin’s spirituality has been instrumental to La DoubleJ’s existence. Having started her yoga practice in New York in the late 1990s, it wasn’t until eight years ago that Martin began working with an energy healer and exploring her practice in much more depth. “I have to say, my spiritual practice has been instrumental in how I lead the company. It’s an intuitive-based operation rather than charts and numbers and investors,” she says. “This was born as a passion project. It’s really coming from my heart centre. I do my best decision making when I’m actually out of the office and I’m meditating, or I’m out of the office sitting in nature, connecting to the power of the Earth.”

For anybody who finds this wild, the proof is in the pudding. Martin’s business was profitable in its second year and while other businesses floundered and shuttered during the pandemic, Martin’s thrived as she developed a larger assortment within La DoubleJ’s homeware category and went online to encourage retailers to resist going on sale in order to bring in revenue.

“We never go on sale,” she explains. “We don’t want to go on sale because we’re offering a fair price. We’re made in the same factory for silk as Louis Vuitton, Dior and Gucci – now compare their prices to ours. Who’s more expensive? Them, by two to three times. So, we’re giving you a fair price from the beginning, and we’re not changing it.”

Martin’s spirituality will also translate into the physical La DoubleJ space. “I’ve been holding webinars and Zoom calls for women in our community, trying to share my spiritual practices, which has been really well received. So I really love the idea of having the store become a hub for that too.”

For those who want to dip their toes into La DoubleJ’s universe and might not know where to start, Martin suggests going slow. “Buy a set of napkins if you’re nervous about it and put them on your white table. Or just get the dessert plates, or just get the silk shirt,” she says. “Move in slowly. If you want the dress, okay, then why don’t you use neutral accessories? You don’t need to wear a brightly printed dress and have a colourful handbag. Keep it really minimal. Keep it neutral.”

Martin also suggests dressing her printed dresses down with trainers during the day and switching to jewels and high heels for an event. Through the K11 Musea pop-up, she’s learned that Asian women tend to prefer shorter skirt lengths than the usual maxi proportions that she prefers. But that’s no matter – what’s important to the designer is that her pieces speak to each individual.

“The whole thing is about trying to figure out ourselves better,” she says. “What’s right for me is not right for you. What your culture and your family tells you is not necessarily right for you. It’s all about what you need, where you want to grow and where you want to bring more consciousness to yourself. All of that awareness, including which colours suit you or don’t, is a part of that puzzle.”

Learn more at ladoublej.com and check out their pop-up store at K11 Musea 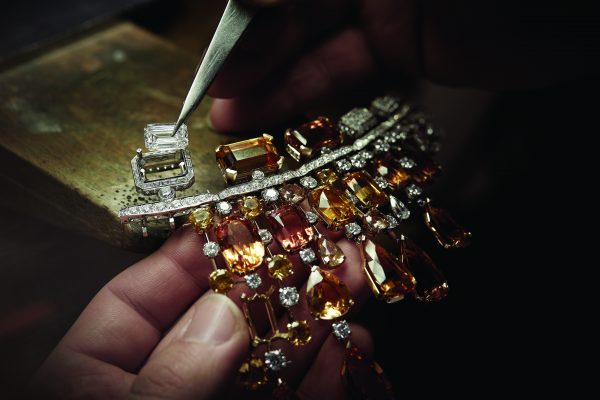 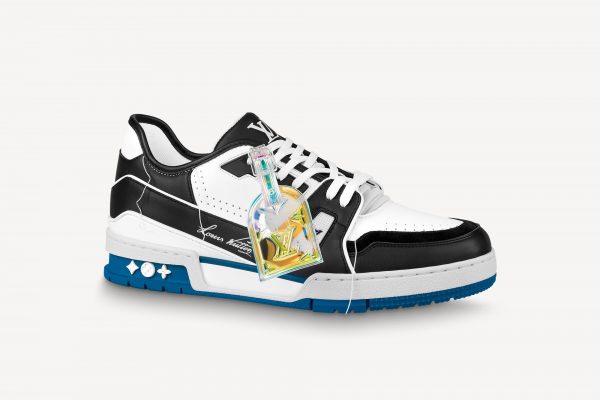