Chinese actor and singer Chen Kun is intent on leaving a different legacy by pursuing his creative endeavours away from the spotlight. He talks to us about his philanthropic work through Power to Go and his acting studio The Dome Studio, leaving a mark with Montblanc and finding comfort within himself.

Following his rise to fame, Chen Kun, also known as the “Weibo King”, is paving his own path outside of the entertainment industry. Recently, he has dedicated himself to giving back to the community by setting up a series of public charities under the banner Power to Go and by mentoring young actors at his acting school, The Dome Studio.

As the figurehead of many charitable initiatives, Chen finds fulfilment in encouraging and motivating people. In an effort to uplift the spirits of the public, Power to Go aims to encourage people to simply get outside and take a walk. “The people who participate in Power to Go may perhaps start valuing their true selves after a walk and bring their experiences back into their normal lives,” says Chen. “Instead of tangling with the past or worrying about the future, they may start cherishing the present.”

Chen is also a keen writer. The first book he penned in 2011, Suddenly Went to Tibet, like Power to Go, is rooted in the concept of walking. He reveals that walking was his main mode of transport and a way to spend time alone as a child: “When I was growing up in mountainous and hilly Chongqing, I used to have to walk a long way to school as a kid. I cherished a lot of that me-time as I was walking.” Now as an internationally acclaimed actor in bustling Beijing, walking has taken on a different role in his life – as a means of quiet contemplation while living in a city of vanity. “Listening to my inner voice allows me to analyse myself,” he says. “I hope everyone can experience it as well. The core values of walking are introspection and self-reflection. It’s one of the best ways to focus and pay attention to your inner voice.”

Mentally, the road to fame was a rocky one for Chen. “From 2003 to 2006, I had already reached a certain level of success and my life changed drastically,” he recalls. “I could get a lot of things effortlessly, as well as experiences that I didn’t dare think about before. Soon after came the confusion. The sudden wealth and fame disrupted my life-planning. It was so overwhelming as to wither my happiness and eagerness to improve myself as an ordinary person.” Introspection soon became a source of courage and comfort for the young actor in navigating the disorientation that came with fame. “When I learned to relax and talk to my inner soul, I had an epiphany: just let things happen and don’t force it.”

To Chen, listening to his inner voice is as important as listening to those of his fans. Crowned the “Weibo King” for his popularity and large presence on the social media platform, Chen uses his influence to make social media a safe space for his fandom to open up to him. “I treat my fans as friends, sharing my thrills, excitement, pride, frustration and all kinds of feelings with them. I’ve created a sort of ‘tree hole’ on Weibo. I appreciate that they come to share their troubles and doubts with me.”

On top of Power to Go, Chen has also rewritten the codes of success by setting up his own acting school, The Dome Studio, alongside fellow actress Zhou Xun and Taiwanese filmmaker Chen Kuo-fu. There, they personally mentor aspiring actors in China. As a veteran in the world of acting, Chen sees his studio as a space of exploration for experienced actors and actresses like him as much as it is a space of learning for his students. “Many actors like me were trained 10 or 20 years ago,” he says. “We lacked the space, platform, or environment for purely exploring performance. The aesthetics are constantly changing over time. We are growing older and more experienced, but perhaps we lack the motivation to improve. So we wanted to create a place for introspection and to reorganise our thoughts.” In today’s fast-paced, restless society, the studio is a place where time can stop and where Chen is able to refine his thoughts. “Modern people are only results-driven. I cannot deny that I have such characteristics, too, but I would like to slow down, follow my heart and do what I want to do.”

For German luxury brand Montblanc’s latest global campaign, titled “What Moves You, Makes You”, Chen is introduced as one of the “Mark Makers” – a passionate doer who pursues what they love and expresses their full potential in their own terms. What Moves You, Makes You aims to send the message that everyone can leave their mark. Known for writing personal notes to his students, Chen hopes to impart upon his students and the rest of the world the importance of staying true to oneself: “What motivates you is something you hold on to, which is more powerful than any other forces.”

So what mark does Chen want to leave behind? “In recent years, I have become increasingly determined to do my best as an actor,” he says. “Meanwhile, I will continue to work further on the Power to Go and The Dome Studio projects. As for the legacy I leave behind, I’ll leave that up to future generations to say.” 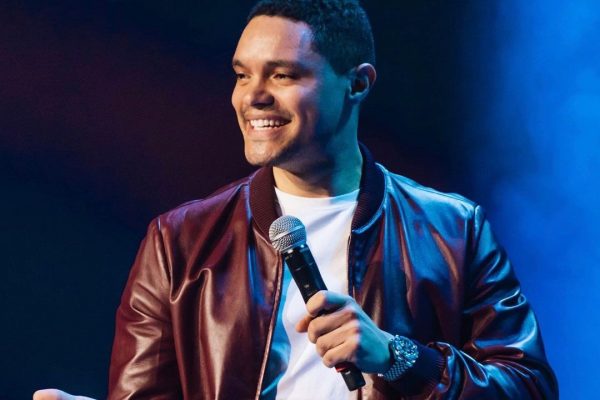