When the aroma of white truffles wafts through the air and captivates all those who encounter it. Tracey Furniss finds out how some of Hong Kong’s top chefs have presented the prized tuber

The most anticipated season in the culinary calendar has to be the white truffle. It has gourmands salivating at the very thought of these pungent prized tubers appearing on Italian fine-dining menus around town. Menus are available from late September to January, but the timing fluctuates each year depending on weather conditions in Europe.

The most prestigious white truffle is the Alba, found in the small town of the same name and nearby Asti in Piedmont, Northern Italy. These are the most expensive white truffles that top chefs keep their eye on each season.

“The quality of the truffle we use at Sabatini is always very high. Even though this year the quantity is less than last year, we try to always get the best from Alba in terms of aroma and shape,” Favero says. “At the moment the cost is quite high in comparison to last year but we still shave for each dish around four or five grams, which is a good amount to taste the truffle and also taste all the other ingredients of the dish. And if some guests would like to have more, we will shave with pleasure, for an additional price.”

White truffles grow wild just a few inches underground below hardwood trees such as oak, beech and chestnut and are sniffed out by specially trained dogs. Traditionally hogs were used to find them, but a hog’s natural instinct is to eat them once found.

Chef Umberto Bombana of Michelin three-star restaurant 8½ Otto e Mezzo Bombana was the chef who prepared the white truffle banquets for Ho and his friends to enjoy during these times.

Bombana has since been hailed as the King of White Truffles in Hong Kong as for the past 20 years he has curated white truffle charity dinners for Mother’s Choice in the city. Bombana was also appointed Worldwide Ambassador of the White Truffle by the Piedmontese Regional Wine Cavour.

“The fragrance of white truffles reconnects my bond with Italy,” says Bombana. “Part of the pleasure of these wild
forest treasures is exploring each tuber’s unique shape and size. This joy is equal to examining rare unearthed gemstones. In terms of quality, this year’s [2021] finds are extremely high. It is a very good white truffle year.”

The earthy taste of this spongy golden tuber matches well with simple ingredients but it also matches surprisingly with richer tastes.

“It’s no doubt that tagliolini and white truffles are a match made in heaven. This authentic pasta dish is simple and the balance of flavour and texture of the pasta invite white truffle lovers to enjoy the fresh truffles at their best,” says Yam.

At The Ritz-Carlton’s Tosca di Angelo, chef Angelo Agliano features homemade lorighittas with langoustines, fresh herbs and white truffle, and he says it is his favourite dish on the menu.

“It’s definitely the first time that I’ve used white truffle with langoustines and I discovered a completely new marriage of flavours. The lorighittas are still made traditionally by hand where the shape and the texture retain the full taste of the dish.” #legendeats: 7 new menus to try out around town 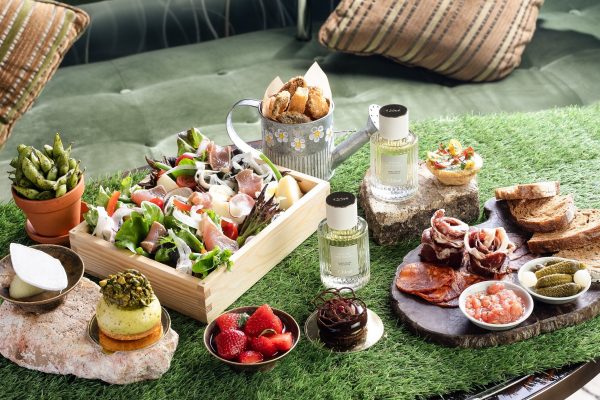