It can be seen in the food we eat, the games we play, the films we watch and the celebrities we so slavishly follow. Elizabeth Choi looks at the startling rise in cultural appropriation and what can be done about it

At the end of 2020, Alec Baldwin’s wife Hilaria found herself in a social-media pickle when a Twitter user raised attention to the fact her supposed Spanish heritage wasn’t what it seemed. The Internet responded swiftly to corroborate the original tweet. Mrs. Baldwin attempted to quell the accusations with an explanatory video, to no avail, and Mr. Baldwin, who tried to come to her defense, left Twitter altogether.

At the time of this writing, less than two weeks into 2021, more instances of appropriation have come to light, starting with the US$400 mahjong sets sold by a trio of white women from Dallas, Texas; a controversial “Korean-style” chicken sandwich by Shake Shack; and a cancelled Zimmermann dress, heavily “inspired” by the ceremonial attire of indigenous artisans from Oaxaca, Mexico. In each instance, the perpetrator of appropriation acknowledged their missteps, with varying degrees of accepting responsibility and rectifying the situation (minus Hilaria Baldwin, who still stands by her claims).

While this may all seem good and fine, it’s worth mentioning it’s now only February. For Toronto-based creative director Clarence Kwan, this is exactly the point. “What’s fascinating about [appropriation] is the persistence of it, that it constantly happens,” he says. By now, one would think more people would know how to avoid it – and then it would happen less.

Cultural appropriation refers to the act of adopting elements from a culture that is not your own, and usually without acknowledgement. It becomes particularly problematic when a dominant or more visible group takes from a minority group – as seen in all five cases above cases.

A post shared by The God Of Cookery ✊🏻✊🏾 BLM (@thegodofcookery)

Kwan, who runs The God of Cookery, a popular Instagram account dedicated to Cantonese food, has always felt appropriation – and other forms of discrimination – happens to Chinese food exceedingly often. As the events of last summer transpired, what began as a traditional food blog and homage to a cuisine he holds close to his heart eventually became much more than just another food account.

“[After George Floyd], I couldn’t stay silent anymore,” he says. “I had to speak out, essentially to white folks, to my white friends, about white supremacy, since it’s one of the overwhelming forces in which systematic oppression, and racism, exists.”

For Kwan, it was a matter of helping others connect the dots between systemic injustice, such as police brutality, with culturally appropriative acts, no matter how big or small. “I started talking about these things through the lens of Cantonese food, things that are overt and covert, from stealing recipes, the normalization of white food, the white gaze,” he says, referring to the ways in which mainstream media can gatekeep and misrepresent Asian food, exoticising what it deems palatable while demonizing what it deems disgusting.

A post shared by The God Of Cookery ✊🏻✊🏾 BLM (@thegodofcookery)

“It’s all about power dynamics and who is in a position of power, who is doing the giving and taking,” he explains. “When you see a brand like The Mahjong Line, or someone doing a ridiculous recipe that is so clearly pho but they call it their version of ‘a brothy noodle soup’, it almost becomes gregarious – then it’s about why and how did this level of ignorance come to be?”

It’s a wonder how one could start an entire mahjong business without once citing the game’s Chinese origins. But it’s exactly for this reason that appropriation can be hard to reckon with: it’s extremely subtle and nuanced,” says Kwan. “That’s why it’s hard to call out.”

Making things more complicated, appropriation won’t always incite the same reaction in everyone. The 2017 casting of Scarlet Johansson in the American remake of Ghost in the Shell is an example of this. At the time, reactions from Asians in an Asian-majority society, like Japan, versus Asians in a Western society, like the US, were quite the opposite.

Hong Kong illustrator Christina Suen commented: “I thought the casting was strange and problematic when I watched it in the cinema. The difference in reaction between the two groups of Asians comes from [whether] you’re a minority or not. In general, Asian people or culture is not represented enough in Western cinema and when a classic anime like Ghost in the Shell got made into a film, not casting Asian actors or actresses showed exactly that.”

Scottish-born Hong Kong-based filmmaker Sophia Shek says while the final casting decision was understandable, she personally would have gone with someone who is Japanese, or at least Asian “given the original [story]”. But, she concedes, a film with budget means that there is risk involved if the director goes with a lesser-known actor. “It’s a business and producers went with a star to make sure the risk is lowered.”

As a female filmmaker, this notion of weighing representation with financial success is very prominent in Shek’s own professional decision making. “I’m a producer now and it’s always something I think about when I’m casting. Being a filmmaker and a creative, if I do see cultural appropriation, I’ll speak up,” she says. “It’s important to voice out given it’s a position of privilege to drive change or be mindful of what I’m making and putting out into the world.”

Fundamentally, that’s missing when it comes to appropriation throughout history: a sense of introspection, responsibility and consideration for what is being made, and how it will be received, especially if the creator is part of the dominant culture.

“Artists, regardless of where they’re from, have a responsibility to seek, to understand, and to respect the art forms and influences that inform their own work, especially if they reach a lot of people,” says Chinese-American hip-hop artist Bohan Phoenix. Born in Hubei Province, Phoenix immigrated to the US in his preteen years and has become prolific at straddling this unique distinction, using it to foster important dialogue with other artists on otherwise sensitive topics.

“In Asia, I’ve met way too many rappers who thought the ‘hip’ thing to do was to get dreadlocks and say the N-word in their music,” he says. “They all seemed to think they needed to replicate Western (mostly Black) rappers’ appearances, lingo and mannerisms.”

When he sees these instances occur, Phoenix makes time to have a constructive conversation about it. “To me, it all comes down to intentions. Imagine a kid who’s never left China and loves the NBA. What if he’s so inspired and motivated by his favorite player that he wants to look and act like him,” Phoenix says, recalling how much his younger self idolised Eminem, from his style to his cadence. “But if somebody told me I was appropriating someone else’s culture and that I should stop enjoying hip-hop the way I was, it’s possible I wouldn’t even be here today.”

Phoenix emphasises that how we approach these things will ultimately lead to change: “While it’s necessary to try and educate those who are appropriating others’ culture blatantly, the way we have those conversations could be the difference between inspiring positive change and just dividing people even more.”

At the end of the day, the onus will remain on those who have the power to shape and influence culture, but the way forward is to see that responsibility as an opportunity to give proper acknowledgment where it’s due. 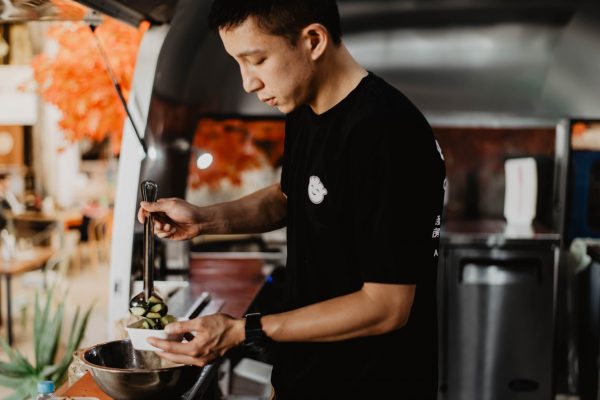