Henry Jacques has long been synonymous with rarity, exclusivity and excellence. The French haute perfume house, with nearly half a century of expertise, specialises in creating unforgettable olfactive journeys that celebrate the true art of elegant living.

It comes as no surprise that Henry Jacques has an entire series dedicated to “those who exhibit a taste for uniqueness and extravagance” and who “swear by the ‘exception to the rule’, vivaciously dismissing all that is ordinary and reasonable”.

The series, known as Les Exceptions, includes Les Toupies and Les Renaissances. The latter, which reinvents a fantasised golden age of perfumery, consists of six novel couture scents presented in gold-covered, gem-encrusted flacons that cannot be found in any other Henry Jacques collection.

Les Renaissances is described as “an ‘unreasonable’ upheaval that breaks free from the norm and dares to revive, with a certain splendour, an opulence that we thought had been forgotten”.

The flacons, designed by the Maison’s creative director Christophe Tollemer and hand-crafted by expert Parisian goldsmiths, were inspired by a work by Italian Mannerist painter Bronzino which depicts women in damask dresses and gold brocade that contrasts with their pale, translucent skin.

Each a true piece of art, the crystal flacons are limited in production. The nods to Bronzino’s painting can be seen in the gold pattern that encases the flacon like the lacework of an intricate gown as well as the addition of precious gems such as white or brown diamonds, and coloured gems like tourmaline and citrine. The couture fragrances housed within the flacons are equally rare and treasured.

Like all Henry Jacques perfumes, they are composed of pure oils extracted from the most precious and exclusive ingredients, such as Iris and Dehen El Oudh that are painstakingly sourced from all over the world. Their rich scents and colours enhance the exquisite stones with their dazzling reflections and help lend Les Renaissances their unique olfactive charm.

Released in a few designs, like an artist’s proofs, these perfumes are nothing short of extraordinary journeys in time and space. Les Renaissances derive their magic from a blend of sources, from Eastern fantasy and Orthodox bulbs to divination balls and something from a pleasure-seeking future. The lucky owner of one of these perfumes holds an “exclusive passport” in their hands, giving them the free will to control their perfume to infinity.

Also see: 3 Types of meditation to enter the New Year 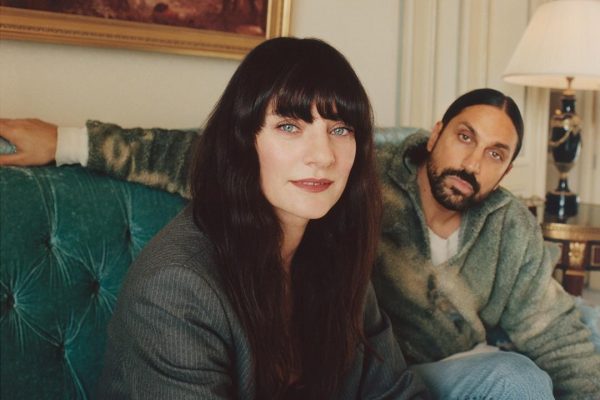