Travel Goals: The Other Side of Ibiza From roaring nightlife to peaceful yoga retreats, Ibiza is a quintessential Mediterranean hot spot. It has been a magical escape since the 1930s, first for artists and intellectuals fleeing oppression, including Walter Benjamin and Man Ray; then for Errol Flynn, Elizabeth Taylor and other Hollywood stars seeking privacy in post-war Europe; for hippies during the Summer of Love; for rock legends including Pink Floyd, Freddie Mercury, Joni Mitchell and David Bowie; and now to waves of young holidaymakers eager to sample the island’s nightlife.

The 1990s placed Ibiza again in the throes of a counter-cultural revolution, the freewheeling spirit of the era defined by open-air raves and all-night bongo sessions on Benirrás beach. The new breed of idealistic youth convened in the harbour town of San Antonoio, at Café del Mar and later Café Mambo. “Everybody in the world was there in 1995,” recalls Café Mambo founder Javier Anadon. “John Galliano, Kate Moss, Boy George.”

And now its moved on again. Ibiza’s new muses and style-setters are global nomads, refugees from city and industry to whom Ibiza is a magical jewel, a gleaming stone on a necklace that includes Colombia, Tulum, Amsterdam, London, Paris and New York. Celebrities like Kendall Jenner, Kim Kardashian, Kanye West meet like-minded souls and party with designers. Gigi Hadid keeps being shot there by Vogue.

Aesthetes have set up their own tribes in hillside fincas or ranches in Portitxol and San Vincente, rambling estates thick with olives and lemons. Closer to town are smart shuttered boxes of steel and glass. These homes are the galleries for far-reaching lives, tangles of travel and tradition, where cowrie shells drape over Le Corbusier chairs and Helmut Newton hangs on rough-hewn walls, where Mexican huipils are slung on salvaged doors and bookshelves filled with Richard Neutra. These are modern-day tribespeople. They are designers, entrepreneurs, yogis and chief executives from worlds and countries as disparate as the hippies that preceded them. They have been welcomed by the safe harbour of Ibiza’s open arms, and created little pockets of paradise.

That feeling is captured by a new book from Assouline called Ibiza Chic. Inside is a glimpse of how some of the world’s most interesting people chose to live. Typical among the international luminaries that call the island home is Cirque du Soleil co-founder Guy Laliberté. He owns two public art spaces, Lune Rouge and Art Projects Ibiza, and a vast sculpture park that show the work of leadings artists including Ai Weiwei. Last year Jenny Holzer spent several weeks in residence on Ibiza preparing an exhibition and in 2015 Laliberté brought in Japanese art superstar Takashi Murakami. Laliberté owns Can Soleil, a 25-hectare spread on the island’s northwest coast that he bought from an art dealer. He also co-owns Heart Ibiza, a club and restaurant designed by Patricia Urquiola, along with Ferran and Albert Adrià of El Bulli fame.

The atmosphere on Ibiza appeals to a wide audience, promotes cultural harmony and provides the perfect milieu for artistic freedom, spiritual souls, and international glamour. It is a place to reinvent oneself, to walk the fine line between civilization and wilderness, exploring the island’s Balearic cliffs, its legendary cast of characters, the signature style of its archetypal interiors, and to discover bliss. The feeling of how that came to be is captured in this transporting new Assouline title ​Ibiza Bohemia.

Ibiza Bohemia ​is available for purchase at Assouline boutiques worldwide and through assouline.com 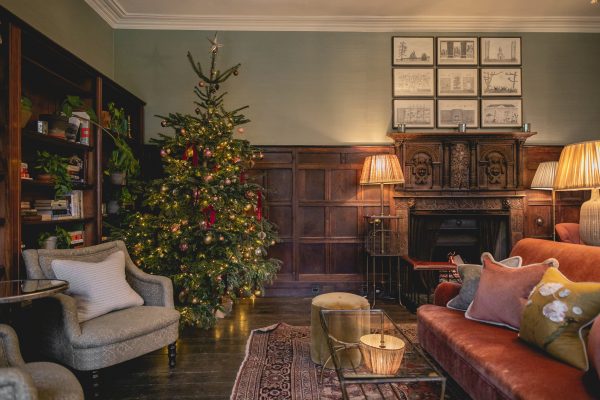