With its unique charm, Myanmar is the place to visit in 2019 Myanmar is an ancient country with a long history that dates back more than 2,500 years – a history, often turbulent, that’s still visible in its physicality and faces. Nestled between India and China, it’s the largest country in Mainland Southeast Asia, and one of the most ethnically and geographically diverse in the region.

While it opened up to the outside world a few years ago, after more than half a century of cultural and political isolation, to a great extent, Myanmar is still a land of fascinating mysteries and unexplored kaleidoscopic diversity. The number of tourists visiting the country is still small compared to most ultra-popular destinations in the region, but the nascent tourism industry is being heavily funded by the government.

Visiting Myanmar, formerly known as Burma, is an adventure that transcends time. The country isn’t stuck in the past – in fact, it’s moving quite rapidly into the future – but it’s embraced it in a uniquely captivating and sometimes melancholic way. Writer Rudyard Kipling extensively described his appreciation for the Burmese landscapes and villages in his travel diaries; George Orwell, in his Burmese Days, tells a story of a kind, respectful and passionate people, of colonial and local power struggles, and of love. Reading those words today, on my way to the Mandalay region in the south from the northern city of Yangon, and observing what’s around me, I’m thrilled to explore a country that, at first glance, feels like no other. Bagan, the gem of Mandalay and probably Myanmar’s most-visited site, is by many considered the “Burmese Angkor Wat”. But unlike the equally impressive ancient capital of the Khmer Kingdom in present-day Cambodia, the former capital of the Pagan Dynasty is much more than an archaeological site. While there are the main pagodas and temples that most tourists tend to flock to, Bagan is incredible because everyone experiences it in a different way – not simply according to the pre-dictated tourist routes. Of the 10,000 religious structures built between the ninth and 13th centuries, the 1,200 remaining ones are scattered across the whole territory. There are huge ones, tiny ones and hidden ones – and they’re all worth a quick look or a longer visit. Fascinatingly enough, some of the least prominent small temples are independently preserved by locals, who still use them as places of worship.

Strategically located at the outskirt of New Bagan and only a few minutes away on an e-bike – the preferred means of transportation for both locals and tourists – away from Old Bagan and Nyaung-U, the Bagan Lodge is a gateway to the country’s hospitality, contemporary luxury and relaxation. The resort is composed of around 80 tent-looking villas, spread around a tropical paradise of untouched nature and scenic flowers. Each room is carefully decorated in a colonial-chic style and features all the comforts you could possibly think of, allowing you to rest after a long day of temple-hopping. While the hotel’s facilities and services are world-class, the vibe and hospitality are authentic without being ostentatious. Much like the magical place where it’s located, where King Anawrahta built the first Myanmar empire and where the ancient soul of the Burmese people is still symbolically preserved, the Bagan Lodge and its staff, as well as many of its details, proudly celebrate a glorious tradition that’s transmitted to local and foreign visitors alike. At the entrance of the grand lobby, on the right, there’s a bowl of thanaka, a white-yellowish cosmetic paste made from ground mulch and a distinctive feature of the country’s culture; on the left, there’s a suggestive painting of two farm workers in in the Burmese countryside. Most pieces of furniture and objects hail from different regions or evoke a traditional cultural norm.

The Bagan Lodge is a great place to stay while exploring Myanmar’s golden city. In a way, it’s one of the only few places around town that carries elements of the country’s long-held colonial past. Unlike many other cities previously annexed into the British Empire, Bagan still retains an ancient charm, almost untouched by the dramatic changes of the 19th and 20th centuries and the onset of foreign domination.

Yangon, on the other end, is a showcase of all the multifaceted aspects of the country’s past and its future. Myanmar’s most cosmopolitan city is chaotic and – though compared to most of its counterparts in the region, it definitely lacks basic infrastructure and services – since it jumped into the new digital millennium in 2011, it has been fast catching up with the rest of the world. Once the country’s capital until the military junta relocated it to the purpose-built Naypyidaw in 2006, Yangon has the emerging hipster vibes of Ho Chi Minh City, the Buddhist charm of Bangkok and the majestic colonial aesthetic of Kolkata. This fascinating mix is also contributing to the emergence of a vibrant Burmese urban culture that’s visible in many up-and-coming areas, eateries and cafes.

The newly opened Grand Mercure, situated in the South Okkalapa township, is an example of this. Both the rooms and the communal spaces combine millennial tropes such as palms, emerald green and golden details with contemporary Burmese design. The hotel’s facilities and the restaurant also attract an international crowd that lend the space a special sort of atmosphere. Not far away from the Grand Mercure’s entrance, you can hop on the Central Line train, which will give you an insight into the lives of ordinary Yangon residents as you travel downtown to colonial Rangoon.

With its countless colonial-era listed buildings, Yangon is the one city in Southeast Asia that has the most. Partly thanks to its past isolation and urban backwardness, many areas of the former Rangoon have been left intact. If you smell coconut sticky rice, lemongrass and Burmese fish curry – which is very different from a Cambodian amok and more delicate than an Indian curry – chances are that you’re approaching the Bogyoke Aung San Market, one of the city’s most iconic landmarks. Beside street food, the huge building includes multiple stalls selling gems, garments and pretty much anything else you can think of. While it’s become a bit touristic, it still retains its charm as a 1920s symbol of art deco and the bustling city life.

Walking around the heritage neighbourhood, which extends in a checked structure from the gilded stupa of the Shwedagon Pagoda, is probably one the most fascinating things to do in Yangon. But just like around Bagan and most of Myanmar, they best way to experience the city and the country is to simply explore, given its accessibility and local hospitality.

Myanmar has the power of making you want to come back the second that you leave. What makes it incredibly interesting, beside its historical and geographical wonders, is the diversity of its people, and how they’re preserving and integrating past and future as they’re exposed to outside influences like never before. If you’re travelling in Southeast Asia, the mainland country will also impress you for its diversity compared to the rest of the region, which are in many ways linguistically and culturally connected to each other. Myanmar proudly stands out, in between the tiger and the dragon. 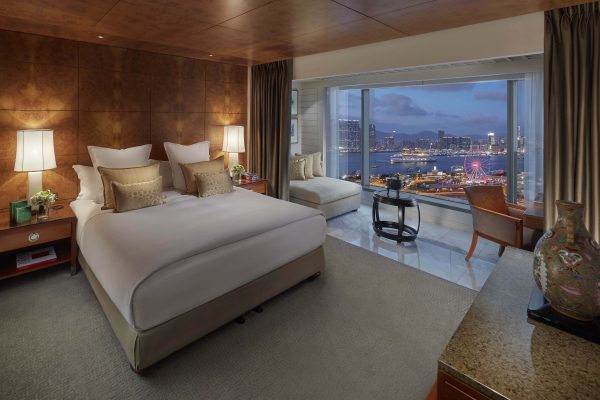 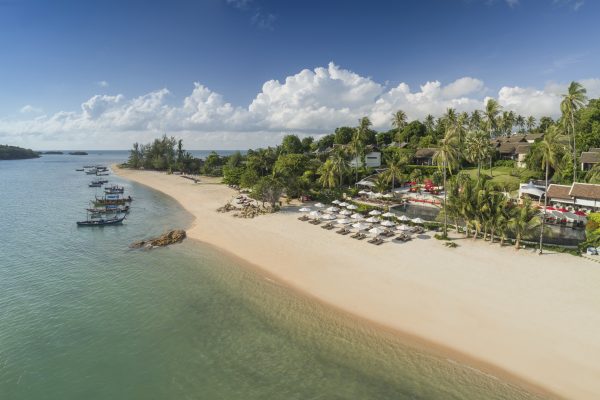 Anantara Lawana Koh Samui offers a resort within a resort