Chile: From Backwaters to Remapping the World of Wine Chile is extraordinarily long, thin and lightly populated. It is more than 4,000 kilometres from north to south but never more than a couple of hundred kilometres from east to west, and the country has fewer people than Shanghai.

Chile is a land of extremes. It is hemmed in by the Atacama Desert to the north, the Andes Mountains to the east, the Patagonian wilderness to the south and the waters of the South Pacific Ocean to the west. The desert is hot and arid. The mountains are snow-capped. The country has glaciers, volcanoes and forests largely untrodden by humans. The situation of the capital, set against the backdrop of the Andes, gives the impression that humans are merely guests in this wild country.

Yet on the fertile, emerald-hued plains that spread out toward the coast from the foot of the Andes are vineyards producing an array of the most exciting wines available today, some managed by young, emerging winemakers and others belonging to older, grander, better-established estates. The grapevine was brought to Chile nearly 500 years ago. In the 1850s better shipping connections across the Atlantic Ocean allowed the French to import some of their own varieties, which were free of the plague of phylloxera that had wiped out much of France’s stock of vines.

Today, Chilean vineyards are found as far south as Patagonia, where the cool climate permits the making of Sauvignon Blanc and Chardonnay wines that are rich, crisp and full of racy acidity. Inland environments allow the production of a range of rich, intense reds comprising brooding Bordeaux blends of Cabernet Sauvignon, Merlot and Carmenère. The country’s abundance of mineral-rich soils and its variety of unique microclimates ensures that whichever kind of wine you prefer, Chile makes it. If you like rich, buttery Sonoma Coast Chardonnays, visit the Leyda Valley, just 14 kilometres from the Pacific. If your taste is for a fruity Napa Valley Pinot Noir, try the Colchagua Valley’s silky Carmenère, Cabernet Sauvignon, Pinot Noir and Syrah. One leader of Chile’s pack of producers of premium wines is the Casa Silva estate, in the heart of Colchagua Valley. Casa Silva has been making wine since 1892. The picturesque estate has a polo ground, stables, a restaurant for fine dining, beautiful accommodation and thousands of hectares where Sauvignon Blanc, Chardonnay, Merlot and Pinot Gris grow. The chief executive of Casa Silva, Mario Pablo Silva, is a staunch champion of Chile’s winemaking heritage. He delights in showing visitors his string of spirited polo ponies before retiring to the winery’s restaurant to recount the nascence of winemaking in Chile over several glasses of wine. “To make our wine with minimal intervention comes naturally to us,” Silva says. “There are five generations of winemakers here in Colchagua and we are simply reflecting what our terroirs are capable of. This is the new Chile.” Chile’s potential for producing premium wines has caught the imagination of several international winemaking heavyweights. The Almaviva winery in the Maipo Valley, the centre of Chilean wine production, is a prime example of that imagination bearing fruit. Almaviva was established in 1996 by Baron Philippe de Rothschild of Château Mouton Rothschild and one of Chile’s largest conglomerates, Concha y Toro. Their aim was to create the first Chilean equivalent of the Bordeaux Grand Cru Classé in Puente Alto. They brought in Patrick Léon, winemaker for Mouton Rothschild and the cult Napa Valley winery, Opus One. Léon applied his expert eye and steady hand, and the results have been nothing short of spectacular. The Puente Alto district of the Maipo Valley was acknowledged more than 20 years ago as having ideal conditions for growing the Cabernet Sauvignon grape, and 85 hectares of it are reserved exclusively for Almaviva. The vineyard bears the brunt of Puente Alto’s cold, rainy winters and the hot days and cool nights of its summers. It is tended with meticulous care. A revolutionary underground drip irrigation system delivers the precise amount of water that each vine needs. The most venerable and longest-established estate has to be Viña Errázuriz, founded in 1870 by Don Maximiano Errázuriz, who lived by the motto. “From the best land, the best wine”. Don Maximiano appreciated that in the Aconcagua Valley, to the north of Santiago, the cool, rainy winters and hot, dry summers moderated by Pacific breezes are ideal conditions for growing grapes in. Showing his vision, gift for innovation and pioneering spirit, Don Maximiano planted the first French varieties of grape in the valley. With tenacity and perseverance, he transformed otherwise unpromising ground into a world-class vineyard. Don Maximiano’s initiative and creativity were inherited by succeeding generations and, just over a century after he began, his descendants consolidated the winery and established its wines among the world’s most noteworthy. Today, a descendant of Don Maximiano, Eduardo Chadwick, is in charge, leading the fifth generation of the family to be engaged in the wine business. Chadwick has overseen the modernisation of the estate’s winemaking process, while maintaining the distinct identity of its wines. Wine critics give Viña Errázuriz wines top ratings. Chile’s most southerly wine region is Lago Ranco, where Casa Silva has a sprawling vineyard which grows Sauvignon Blanc, Pinot Noir, Chardonnay and Riesling grapes. Soil enriched by volcanic ash makes fertile ground for growing the grapes for making premium wines. What distinguishes Lago Ranco is its proximity to Patagonia, a rugged land which takes you back to a world before man made his mark. Patagonia must be one of the last unspoilt places on the planet. It has an average of one or two people per square kilometre. Shared between Chile and Argentina, it has grassy meadows strewn with wildflowers, snow-capped volcanoes and vast expanses of sea fed by glaciers. Get there on Sky Airline’s flight from Santiago to Punta Arenas, which gives unmatched views of the Andes foothills. A favourite draw in Patagonia is Magellan Island, named after Ferdinand Magellan, the captain of the first European expedition to navigate the surrounding waters. The island teems with Magellanic penguins, which return there each year to breed. Standing knee-high, and surprisingly feisty, the penguins congregate in chattering groups, and the noise can be deafening. Their child-like waddling on land contrasts entertainingly with their graceful plunges into the inky sea. Chile may be a long way from Asia, but it is worth the journey – if only because it must be one of the few places producing premium wines that has resisted commercial winemaking methods. The respect that its winemakers show the land and their loyalty to the old-fashioned ways have made Chile a growing power in the world of wine. 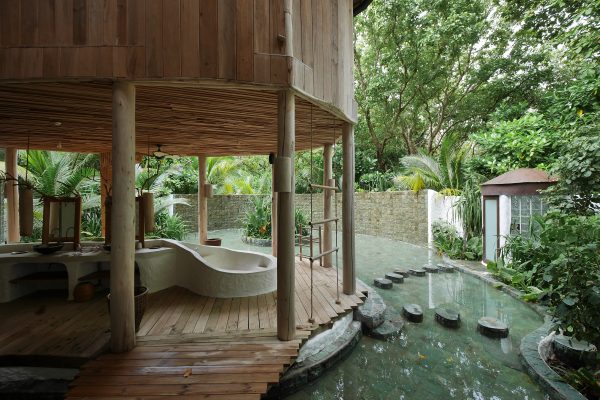