A New Breed of Modern Gents With a Taste for Sophistication ​Tucked away in a small passage among Central’s busy streets is the Pedder Building. Dating back to 1924, the building houses respectable art institutions such as the Gagosian Gallery and the Simon Lee Gallery. It is also home to an unusual phenomenon, The Lavish Attic. Unassuming but upscale, this shop takes pride in being an independent watch boutique. For Central’s men in sharp suits, it has become the place to spend freely and anonymously.

Piano Chow opened The Lavish Attic two years ago. Chow’s quiet demeanour is reflected in a shopping experience that is characterised by her attentiveness and attention to detail. Elsewhere, you might find luxuries sold to the masses as if they were commodities, but Chow prides herself on attracting the custom of independent and style-savvy men with a bespoke approach. ​“I opened The Lavish Attic with the vision of creating a place that feels like a cosy home,” says Chow. Her vision is reflected in the furnishings – the premises are dotted with sofas for the comfort of the customers – and in boasting a fridge full of drinks.

“Having worked with luxury watch brands for many years, I’ve found that some people like to buy luxury watches only to put them in a safe. But for me, luxury should feel closer and more intimate, something that should be worn. So we try to achieve this with the shop, providing a warm and hospitable experience tailored to every customer,” Chow says.

The bespoke approach is maintained in the line-up of brands that includes Lang & Heyne, Ressence and Fiona Krüger. Each of the brands is financially independent of the luxury retail conglomerates and are distributed exclusively by The Lavish Attic. Other shops sell famous watch brands, Chow’s shop offers little-known makes that are marvels of craftsmanship. Bigger organisations offer a plethora of expensive timepieces. The Lavish Attic offers only a few, but Chow and her staff take the time to explain to customers the subtle intricacies of each masterpiece. The success of The Lavish Attic, even in its infancy, is a sign of an emerging breed of prosperous men that appreciate the finer things. Their emergence in Hong Kong is part of a wider tendency for men to indulge an interest in luxury goods. These are men who are knowledgeable, sophisticated and successful. What distinguishes them is the distance they keep from mainstream bling.

What we’re seeing in Hong Kong is part of global trend. The RedBar Crew, with its origins in New York, is a manifestation of this proliferation of male enthusiasts for luxuries. The group comprises collectors of watches – most are men but some women are involved. The group now comes together in cities such as Los Angeles, London and Hong Kong to discuss purchases and experiences.

The crew started out as a duo, with co-founders Adam Craniotes and Jeffrey Jacques meeting once a month to drink and chat. It is now a global tribe with its own culture, which includes the Instagram tag #sexpile. The term is meant to conjure up an image of watches piled on top of each another in a hedonistic frenzy.

“The goal of RedBar is to have fun. I’ve always maintained that if you’re not having fun, then you’re doing it wrong,” says Craniotes. “Watch collecting is an emotional hobby, and one that lends itself to social interaction. We facilitate this with an engaging atmosphere free of pretence and judgement. It’s a place to share passion, gain knowledge and, of course, to have fun.” ​These indulgences hark back to a bygone notion of masculine gentility, an idea built on codes of manners and venerable tradition, which counted appreciation of timepieces as one of the accomplishments of a sophisticate. This notion stands in stark contrast to a more modern notion of androgynous consumerism, with its digital beeping drowning out the genteel tick of a well-made mechanism.

This new breed of gentlemen is as cognisant of the watchmaker’s craft as their older peers and are equally enraptured by it. Alan See, co-founder of The Armoury, views the cult menswear shop’s team in a similar light. “When we first started The Armoury, we were, for lack of a better word, geeks who really liked clothes. We were the guys who would go overseas to see Italian tailors, English tailors, Japanese tailors. We would also visit shoemakers and tie makers, and were obsessed with quality,” See says.

The range offered by The Armoury was chosen in the light of the team’s research. The shop stocks brands they are passionate about. Their instinctive and personal approach struck a chord with a core group of customers. News of this approach spread by word of mouth and through social media, bringing in more custom.

“The Armoury has become a community of people who really like classic menswear, and that’s what we are. We are the space or the shop where people can come in and talk without feeling too awkward,” See says. The consequences are a loyal and dedicated club of menswear enthusiasts and expansion for The Armoury. It now comprises three shops: the original in Pedder Building, another in the Landmark and the third in New York. ​See would like more men to join the club. “Whenever I walk outside, I see all the working businessmen in Central wearing a suit. So, even though what we do is considered a niche, I wish it wasn’t described that way. Everyone appreciates the quality of a suit, so it definitely has universal appeal.”

Like The Lavish Attic, The Armoury shuns the overt commercialism of some outlets. “We’re different from the fashion crowd, who make suits because its part of their job,” he says. “So many of these companies sell menswear because they can make a lot of money, or because upper management is telling them what to sell.”

What makes The Armoury and The Lavish Attic stand apart is a fad-defying dedication to the technical aspects of the goods they sell. Patrons value their advice. “A lot of our customers right now are men working in the finance industry. We also get a lot of entrepreneurs,” says See. “Many of these guys tend to have some level of success, so they have more time to appreciate good things. They also tend to be people who like to do their research and put a bit of effort into whatever they do.”

When they’re not shopping, this new breed of gentleman tends to socialise in places such as Foxglove or Stockton. One patron of this kind of establishment is Brandon Chau, the founder and chairman of Noblesse Lifestyle Group. An avid smoker of cigars, Chau likes to spend his rare spare time in Central’s Havana Club on Li Yuen Street.

“I was introduced by a friend many years ago to the Havana Club and have gone there for six or seven years. So, quite a long time,” Chau says. “It really began after I had just come back from studying at university in England. I was smoking cigars at the time and so when I came back to Hong Kong, I wanted to find a place where I could enjoy a good smoke.” The Havana Club is more than just a place for connoisseurs to enjoy cigars. It is also a place where men can find sanctuary. “The atmosphere is not too smoky or crowded, which I really like,” Chau says. “During some times of the day, it’s quiet enough that I can enjoy some alone time. Other times, I will meet with the guys for a casual smoke and talk. And there are also instances where I will have business meetings there as well. It’s really a social space that has a bit of everything.”

Places such as the Havana Club are special because they bring together men whose enthusiasms define them. Whether he visits The Armoury for a chat about how to dress well, the Havana Club to taste a good cigar or Stockton to savour a glass of fine Japanese whisky, each of this new breed of male is marked out by his interests. The emergence of a new kind of gentlemen’s club is less of a reaction to change than a reflection of it. The dissolution of social barriers allows all kinds of men that wish to indulge their interests to join freely.

“While members, by and large, tend to be professionals who are successful in their chosen fields, there’s no single demographic that really defines them,” says Craniotes. “We range in age from early 20s right up to early 70s, with pretty much every profession you can imagine represented: doctors, lawyers, real-estate brokers, writers, bankers, IT, graphic designers, photographers…you name it, and we’ve probably got it.” 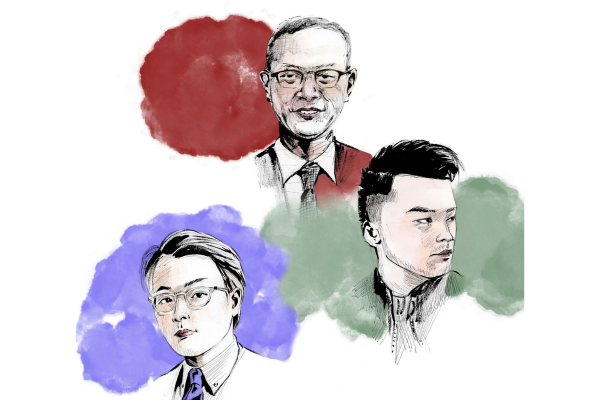 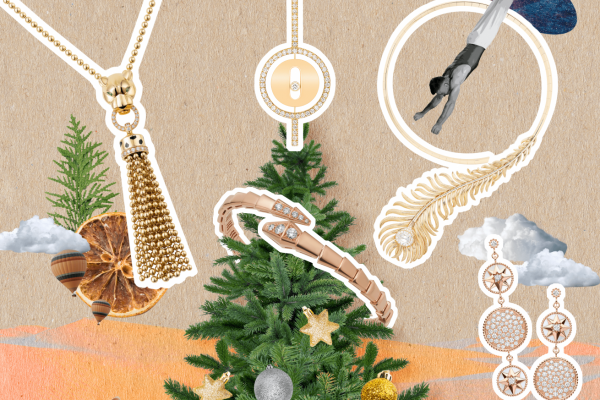 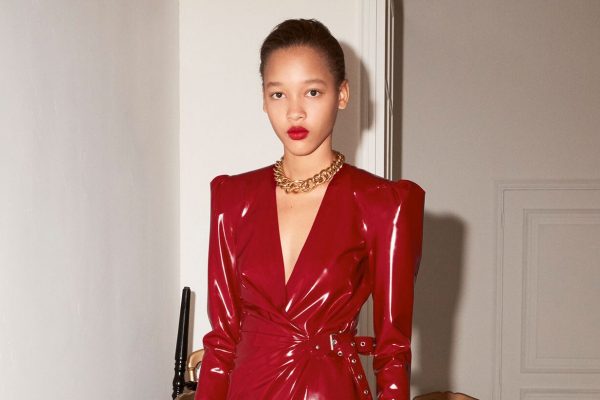 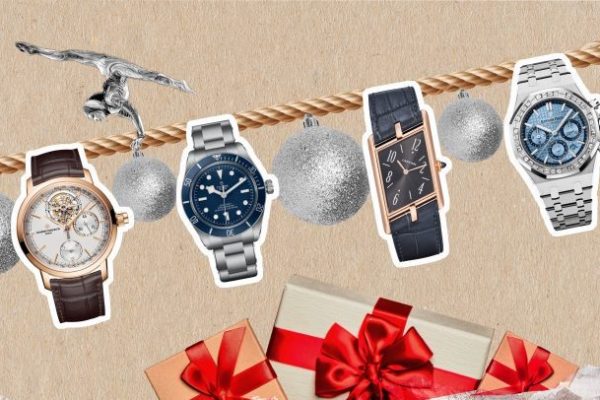