While the thought of Saturdays in Hong Kong usually conjures images of bubbly-fuelled  brunches, lazy mornings in bed or a day out at sea, a small group of IWC watch aficionados gathered at The Work Project in Causeway Bay for an intensive six-hour design workshop in October. Their task? Design two watches.

Christian Knoop, the creative director of IWC Schaffhausen, and Gerd Plange, senior project manager for the brand’s special projects, flew in specially for the workshop on October 20. After a welcome message by Peter Lao, IWC’s managing director in Hong Kong, Macau and Taiwan, Knoop gave a presentation on watch design and asked about the elements of the “ideal” watch. Collectors were then divided into two groups and, led by Knoop and Plange, tasked with designing two different Big Pilot watches.

For the first watch, collectors were given a 46mm Big Pilot case and an existing movement, and asked to design the dials, hands, numerals and straps. For the second watch, collectors were told that, aside from the Big Pilot case, every element, from the hands to the movement, is up for deliberation. The watch is limited to 100 pieces worldwide, according to Lao, though no decision has been made on the exact number of watches allocated to Asia. 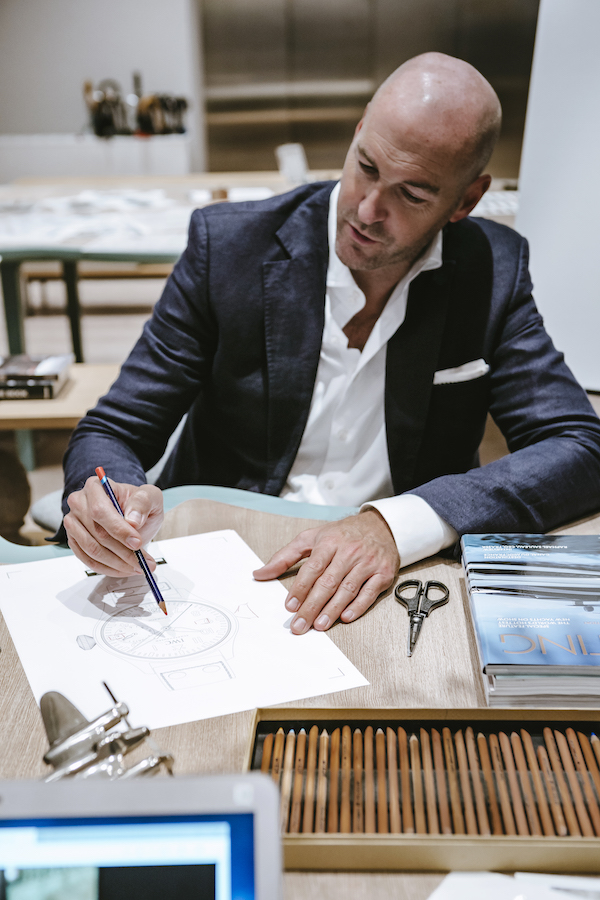 Hong Kong appears to be the perfect location for IWC to launch a collectors’ design workshop. After all, the city has always prided itself on being the world’s leading market for luxury watches – and despite talks of a slowing economy, it still accounts for 13 per cent of Swiss watch sales, according to 2017 figures from the Federation of the Swiss Watch Industry.

While IWC has local editions specific to one boutique, retailer or region, organising a workshop of this scale is a first for the brand. In a highly competitive industry where details of a new watch are kept secret until the day of the launch, it’s an unusual move, but one that Knoop takes pride in. He notes the valuable opportunity to grow and nurture the IWC collectors’ community. “This idea came out of the Hong Kong team,” he says. “Hong Kong is still very much a watch hub. It is a mature market filled with passionate and knowledgable collectors, and the audience is very advanced when it comes to engaging with luxury brands.”

It’s a sentiment echoed by the VIP collectors who were invited to the workshop. “I was dubious at first… I mean, how much freedom were they going to give us? What would be the point if we were only allowed to change the colour of the strap?” says Carson Chan, zealous watch collector and head of the Greater China Mission of the Fondation de la Haute Horlogerie. “I got very excited when I learned that they were giving us total freedom. I did my research – I even did a presentation,” he says and beams, gesturing to the white tote bag next to his chair. “I am really excited for the outcome of the second watch.” Picking the Big Pilot as a base for the collectors to work from was a smart move. The Big Pilot watch has an illustrious history. Originally created for the German Air Force, or Luftwaffe, in 1936, the first Pilot watch was coveted for its technical capabilities. The 55mm-diameter case housed the pocket watch calibre 52 TSC. It was also admired for its stylish, functional design – the sans serif typeface and white triangular index at 12 o’clock allowed pilots to recognise the positions of the hands and time, even in the most adverse weather conditions.

Seventy years later, in 2002, IWC unveiled its successor – the 46mm Big Pilot watch. Housing the calibre 5011, the new watch upped the ante in the technical department. In addition to the seven-day power reserve and iconic design features, it featured central seconds, date and power reserve displays. Due to its popularity there have been many iterations of the classical Big Pilot’s watch since – some bolder, some sleeker, and others more complicated. The DNA, however, remains the same.

“The Big Pilot is a very important watch for us because it represents the key values of IWC,” says Knoop. “It started as a utility watch, a technical instrument, but it has become a design icon over time. There is not a watch in our portfolio where we have so many special editions and so many variations. It proves how iconic the design is – and I think that lends itself perfectly to this experiment. “I think it makes a lot of sense, especially considering that the first watch is coming out in a year,” adds Chan. “The Big Pilot has launched many editions, so the production process will be quicker. The Big Pilot is also immensely popular, so from a commercial perspective,
I think it makes total sense.”

While the final design has yet to be unveiled to the public, a wander through the collectors’ design workshop studio might provide some hints of what’s to come. Spilling over tables and chairs, sheets of paper are fastidiously filled with sketches and ideas. Someone had drawn a detailed sketch of the Big Pilot watch. There’s a photograph of Victoria Harbour tacked onto a whiteboard and, next to that, one of the Lion Rock. But it’s the boldly coloured calfskin straps, handsomely laid out in a row, that make the eye linger.

“That [Lion Rock photograph] was my table,” says Chan. “It was during the initial brainstorming stage, when we were just throwing out ideas – how we think a Hong Kong collectors watch should look like. I mean, we don’t just want to inscribe the words ‘Hong’ and ‘Kong’ on the dial and back of the watch. That would be a cliché. We want subtlety.” At this point, Kelvin Fung, another collector, quips, “Oh, are we not slapping any images of egg tarts and gai daan jai on the watch?” “In that case, why not add an image of Guan Yin and the Big Buddha as well?” responds Chan playfully. It’s clear that the Hong Kong luxury watch-collecting crowd is a tight-knit group.

According to Knoop, there was an “enormous bandwidth of ideas”. While some collectors harboured more conventional tastes, other opted for wilder ones. There were those who based their designs on the brand’s history, while others were more progressive. “The collectors had so many ideas – for the movements and functions, for limited editions, and how we present these editions,” notes Knoop. “There were also conversations about Chinese characters, symbols and numbers. It was a fun day, as you’re spending time with people who genuinely love the brand.” As for the most innovative idea that was suggested during the design workshop? “There were a few,” says Knoop, then chuckles. “Quite a few people asked about pre-aged finishing.”

The design process doesn’t stop at the workshop, either. Aside from being updated on the progress of the watch’s design and production, the collectors will also be able to examine the prototype before the timepiece goes into final production. Hosting a design workshop with VIP collectors comes with its own set of challenges, of course. After all, these are people who have been collecting luxury watches for 20, 30 or more years of their life – and all have strong opinions about the ideal watch. But Knoop was unfazed.

“It was surprisingly easy,” he proudly recounts. “There were many strong personalities coming together, all with their own views, but there was also a lot of openness. An idea from one collector would come together with a second idea from a different collector. There was a lot of mixing of ideas, especially towards the end, when we had to answer the question: ‘What would a watch that contains all the ideas that were suggested today look like?’”

So will the new watch feature Roman numerals or plain batons? Will it be adorned with Hong Kong-inspired motifs? Only time will tell – pun intended. But one thing’s for sure: as tastes becomes increasingly sophisticated, luxury watch collectors are also looking to play a bigger role in the creative process. And IWC certainly appears to be charting a new path in that regard. 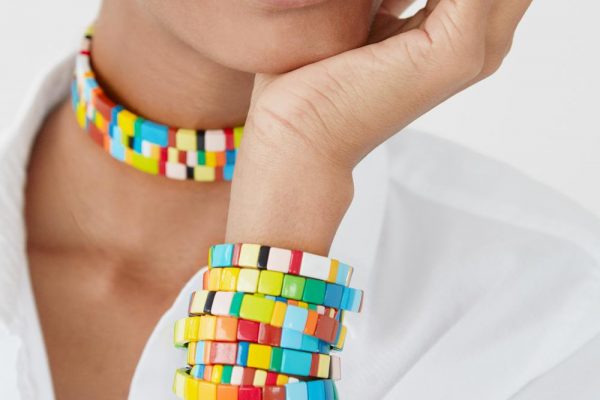 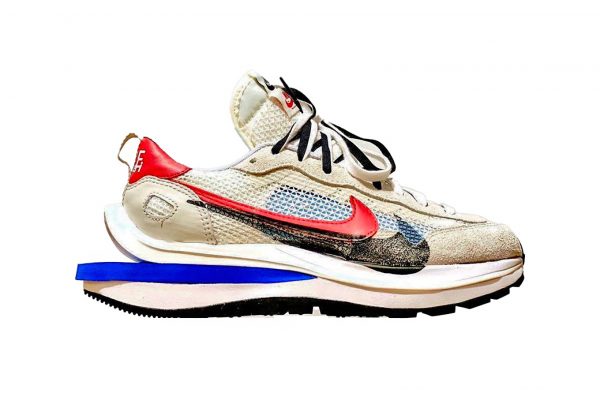 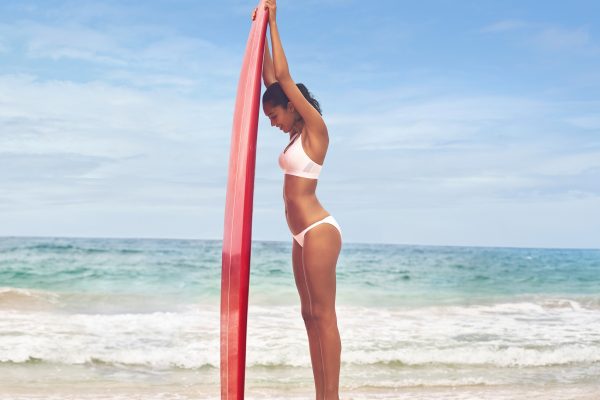