While the life and career of a pop star are manufactured purely for entertainment and consumption, very real lessons and consequences arise when those circumstances end up creating stressful mental, physical and psychological challenges for the individual. Case in point: the trials and tribulations of Britney Spears and her 13-year conservatorship.

In 2008, Spears’ father, Jamie, was given complete control over her affairs through a conservatorship, after she was hospitalised amid concerns about her mental health. The arrangement, while initially a temporary one, has been extended for over a decade and prevents Spears from making nearly any decisions for herself, from day to day activities to business dealings to getting married and having children. The conservatorship that allowed her estimated $60 million fortune to be managed entirely by her father has been suspended.

The singer made headlines as she delivered a passionate 20-minute speech to a judge during a special hearing earlier this year. It was the first time Spears has spoken openly about her case and follows rising speculation about her situation, much of which has been fueled by fans behind the #FreeBritney movement, and celebrity friends, who are advocating for her legal freedom.

Spears’ emphatic and lucid delivery struck fans and observers alike as it created a stark contrast to the silly, sweet, and somewhat aloof Spears that is often portrayed on her social media – a clear indication to many that her online persona is orchestrated in an effort to obscure the freedom she truly wants.

The difference in Britney’s tone and demeanor during this hearing vs what she shows on instagram couldn’t be more different. She was articulate, direct, and spoke more clearly than she has in the last 10 years.

If like me, you’ve endlessly trawled Britney’s saccharine Instagram of fluffy kittens, flowers, butterflies and dance routines…. a very different, and very angry, Britney showed up to court today. https://t.co/PoGUXsEFkg

Imploring the judge to make changes to her current arrangement, Spears substantiated her pleas with detailed accounts of mistreatment from her family and healthcare professionals hired by her family, including being forced to take strong medications against her will, being subjected to repeated psychological tests, and being held to an exploitative work schedule which Spears says was akin to sex trafficking.

“The control [Jamie Spears] had over someone as powerful as me – he loved the control to hurt his own daughter 100,000%. He loved it,” Spears recounts. “If I didn’t do any of my meetings and work from eight to six at night, which is 10 hours a day, seven days a week, no days off, I wouldn’t be able to see my kids or my boyfriend.”

Spears also laid bare the extent to which her handlers are going to prevent her from making decisions about her own body.

“I would like to progressively move forward and I want to have the real deal, I want to be able to get married and have a baby. I was told right now in the conservatorship, I’m not able to get married or have a baby, I have a (IUD) inside of myself right now so I don’t get pregnant,” Spears says. “…But this so-called team won’t let me go to the doctor to take it out because they don’t want me to have children – any more children.”

Immediately following the release of the court footage, fellow celebrities took to social media to express their solidarity with the singer.

Spears is a nearly 40 yr old person who has long had the right to see who she wants, marry, have a baby, hire her own staff, lawyer, manager etc, therapy or not, work or not, spend her $ or burn it, make mistakes & learn as we all have done. #freeBritney https://t.co/HwvhDMAVL4

I feel physically sick about this Britney Spears news – I think because it’s about so much more.. Women not being heard, not being trusted, accused of being crazy at any slight deviation from a perfect veneer. We as a society have utterly failed her and her dad should be in jail.

Spears’ former boyfriend and fellow teen pop star Justin Timberlake took the time to express his support of and dismay at the treatment Spears is facing.

After what we saw today, we should all be supporting Britney at this time.

Regardless of our past, good and bad, and no matter how long ago it was… what’s happening to her is just not right.

No woman should ever be restricted from making decisions about her own body.

Her words reverberated with women across Hollywood and the world, who recognised the implications of being young, female and successful, and how women are not protected by patriarchal laws.

Disturbing how easy it was to dismiss Britney Spears, Paris Hilton, etc as crazy, ditzy women when they were experiencing abuse, & in Spears’ case still are. Reading her testimony is stomach-turning. Patriarchal abuse of women by branding them crazy is an age-old control tactic.

She has never been allowed to exist without her father’s control. Glad you pointed out she’s 39 and, therefore, old enough to make her own decisions. His control over her is 💯 abuse.

He made $3 million off of his client, while failing to carry out her most basic wishes & concealing critical information from her. But he was concerned she cussed. This just underscores the way women can be taken advantage of in the system. https://t.co/62CM4RNhRd

Here’s the thing. Knowing this is happening to Britney Spears should just give us all a small peek into the many outrages around the ways that women are controlled “for their own good” https://t.co/VLQba5frJZ

While Spears’ career is largely the result of her saccharine, upbeat pop ballads and reign as teen pop queen, her legal situation is anything but. Now that Spears has finally broke free of the conservatorship, all eyes are on what’s next for the princess of pop. 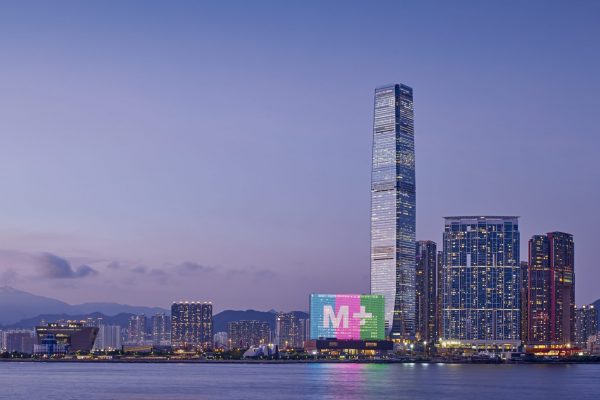