The first product launched by Fresh was a bar of soap. That was 25 years ago. Fresh founders Lev Glazman and Alina Roytberg could not have imagined then that one day their skincare brand would sit comfortably among giants such as Guerlain, Christian Dior and Givenchy. Fresh is now a fully fledged beauty brand, with complete skincare, body care, haircare and fragrance lines, and also a range of candles. It recently opened its 18th shop and 525th outlet. And despite LVMH having bought the majority stake, the founders, who are husband and wife, aren’t resting on their laurels.

Fresh has been in the market now for a quarter of a century. “I wanted to celebrate with a new innovation, a new line of products, which is very different from some of our other ones,” says Glazman. “The reason for it is because I’m very much looking at approaching beauty in a 360-degree kind of way, inside and out.” The new product is Vitamin Nectar, a vibrancy- boosting face mask containing a concentrated blend of crushed oranges, clementines and lemons, and active ingredients such as Vitamin B5, Vitamin E and Vitamin C. The revitalising formula miraculously softens and smoothes, dispelling blemishes, to boost skin clarity.

“It’s about the way we use supplements such as vitamins and nutrients,” Glazman says.

“I want to apply a very similar mindset to the skin. The technology today allows us to take care of fine lines and wrinkles. We can take care of oily or dehydrated skin, but the one thing that we’re not addressing is the health of our skin. And, as much as we’re deficient in vitamins because of the environment or because we’re stressed, I believe the skin, which is the biggest organ of the body, is probably even more deficient because it’s exposed to the environment.”

Fresh is known for its pioneering approach to skincare, and its latest product is the first of its type in the field. “The tricky part of it, and why it’s so unusual and innovative, is because we’ve mixed food-based ingredients with all the active ingredients,” Glazman says. “There’s a whole science behind it. It’s very complicated. Normally you would have an issue with stability and sensitivity. So it took us five years to formulate this mask, and when we received our results, they were outstanding,” he says.

“There are two studies. One study was done for immediate effect, after one hour. This was very interesting,” Glazman says. “But it was also very interesting to see what happens when someone uses it twice a week for one month. So the glow is increased from 39 per cent after using it once to 51 per cent after one month. The skin is re-energised by 30 per cent. What it proves to me is that we are deficient in vitamins and the body is responding to it. My greatest belief is that natural ingredients are broken down differently in our system than ingredients that are man-made because the body is very familiar with it and the skin knows how to absorb the nutrients. The mask has proved that.”

Glazman has come a long way since he first dreamed of creating beauty products for healthier skin. He was born in St Petersburg in 1961. The first beauty product he encountered was a perfume his mother used to buy on the black market. The perfume was the epitome of luxury in communist Russia. It gave a glimpse through a door into a world that was mysterious and sensual, but then inaccessible. Glazman emigrated in 1972, going first to Israel and later to the United States, where he met Ukrainian-born Roytberg, who was a fashion designer.

“When I met Lev, he talked to me about this dream he had of opening a beauty store,” Roytberg says. “I think it was more of a dream, and not necessarily something he thought of in real terms. But once he planted the seed and we started talking about it, it became clear that we had to do it.” The couple launched their soap bar in 1991. It wasn’t just any soap. In contrast to offerings such as Dove, the oval bar was wrapped in beautiful paper with a wire holding a semi-precious stone.

But I needed time to research it. It took me five years to research our first product, a face cleanser, which today is considered to be the number one cleanser in the US. Then came a mask and then we started going into skincare. But by that time I was already in the business for 12 years. I had the ability to understand the technology, and I had enough research to launch a line that was really going to show results.”

The original bar is still part of the Fresh range. But the brand has grown to encompass other products that contain natural and traditional ingredients, put together in time- honoured ways. One of Fresh’s most renowned products is Crème Ancienne. It is handmade by monks according to a 1,000-year-old recipe. Another famous product is Fresh’s Sugar Lip Treatment. It is inspired by the use of sugar as an antiseptic by the founders’ grandmothers.

The LVMH conglomerate bought the controlling stake in Fresh in 2000 and sent the brand around the world. But Glazman and Roytberg still spearhead creative strategy and product development, working closely with LVMH managers. “It’s kind of like having someone with a flashlight,” is how Roytberg describes the relationship she and Glazman have with LVMH. “They’re lighting the way.”

“They really offered us full autonomy,” says Glazman. “What was attractive about this partnership was the research laboratories that they have. Obviously, it does help to have their distribution arm. Launching a product in places like mainland China is very complicated. They help you to navigate through it. For a small brand it’s very difficult.

“But LVMH was also very excited about us because we brought a whole other level of development that they don’t necessarily have in Guerlain, Christian Dior or Givenchy. We approach it very differently and they really appreciate that. We became a very important player in the world of their laboratory.” Glazman and Roytberg mean to keep on pushing the envelope by creating products of a type never before seen. “We’re not riding the wave,” Roytberg declares. “I think we’re making our own statement. We were doing something that others didn’t.”

“When one brand does something and it’s very successful, everybody wants to do the same thing,” says Glazman.

“It takes away from the creativity. Fresh doesn’t have that mindset. We are the leaders. We don’t follow. We like to be the first ones to put something out there that is very different.

“I think beauty will become much more personalised. I’m infatuated with concentrated ingredients and how you can customise them. You can create a concentrate, like a vitamin type of serum, but you can mix it with the other products. I’m very interested in that approach where you can start activating other products that you already have. You’re almost amplifying them by taking them to the next level.”

Glazman is working on his next project, a product due to be launched five years from now. So innovative and effective are Fresh’s products that consumers new to them are likely to be discovering products that they never before thought they needed. “We never compromise on the product. You can never let your consumers down,” says Roytberg. “We deliver on a promise. People trust our brand. And the most important thing, it’s truly a feel-good brand. Fresh is all about a sensorial experience. It makes people feel good.” 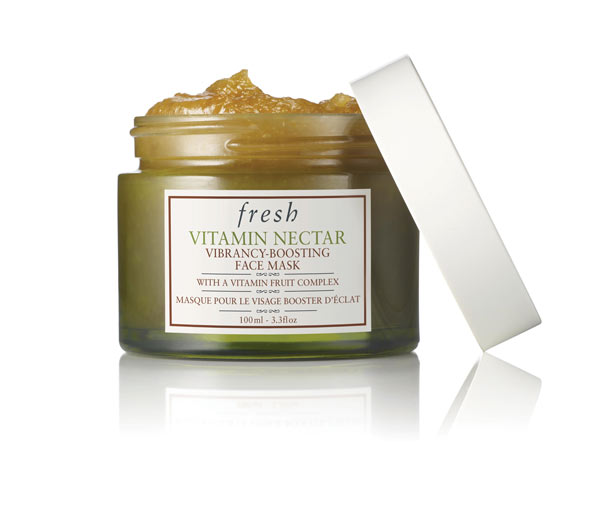