If the name Alexandre Mattiussi doesn’t immediately grab you, he’s the artistic director of Ami, the menswear label he founded in 2011. And he possesses a wing-collar curriculum vitae, having worked for Dior, Givenchy and Marc Jacobs.

But unlike the high-end of cutting-edge couture, or a more intellectualised fashion concept, Mattiussi, wanted to set up a label first and foremost that would appeal to people he knew, hence Ami, the French word for friends.

“It’s about having a connection with my customers, so I thought about what I would wear myself and what my friends would wear. It’s about nice clothes, well made, good prices, nice fabrics.” Mattiussi is speaking from his newly opened Paterson Street store in Hong Kong, in which fashion retailer I.T is his partner. His only other store to date in Asia is Tokyo’s Omotesando district and his growing portfolio comprises six stores globally. “I’m so proud to be here,” Mattiussi says. “Starting my own brand is a real adventure and it’s teamwork. I started by myself and people love all our clothes around the world. As a designer that’s your success, that people wear your clothes.”

The high pressure world of high fashion means many designers have become disconnected with the very things they are designing. “I feel it’s important to wear the things you design and, I feel having worked at the big brands I did, there was a big disconnection and I didn’t see my clothes in the street. I didn’t see any of my friends wearing what I designed, so what’s the point?” The designer who learned the trade under Pierre Hardy at École Duperré, a public fashion school in Paris, set out to create a welcoming brand, defined by affordable creativity, that was sophisticated without being pretentious, cool, chic, but easy to understand and wear. “In menswear, if you try too hard, it just doesn’t feel real,” he says. Such liberty, or freedom of thought, has distinguished much of his working methods, for example, his street casting of models from the beginning. Mattiussi always wanted to show different types of men wearing his clothes, their different origins and in different situations that feel more real and less manufactured than the myth of magazines.

“I am not a fashion dictator,” he says. “This brand is for everyone, from 17 to 77 years old. It could be my father, a boyfriend, a friend, a cousin, someone you work with, someone you see in the street. It has to be a bit for everyone.”

Mattiussi’s early relationship with Mr Porter helped grow his brand. “We started at the same time and they were my first customer. They’re still the biggest account. They have been very, very supportive from the very beginning. They did a lot of advertising and marketing and that really helped to get the brand known. They did little films, capsule collections, and we’re still collaborating on a few things, and it seems like they’re doing very well. Jeremy’s [Langmead, creative director] fantastic and very funny. We have special dinners in Paris, New York and they are really supportive, I love them, especially Jeremy.”

Mattiussi says many of the men he knows don’t necessarily look so much like they are fashion and that they don’t pour through magazines or look at voguerunway.com. The only thing that can speak to his consumer is the product. “If they see a picture of a guy wearing clothes it has to be connected in a way with him,” he says.

For a man and a brand so notable for menswear, Ami has a niche female following. From the moment Mattiussi cast Caroline de Maigret three years ago for his first show, people assumed he must be doing womenswear. But no. “She was the very first to wear officially Ami in a show and it was a surprise because I was introducing myself from the very beginning with a menswear collection. She was wearing a black suit and white shirt, hands in pockets, and she’s a very famous French girl. She’s like Inès de la Fressange. Inès is fantastic and Caroline is the new Inès. She’s cool.”

Mattiussi admits to having more females around him than males, but won’t rush to put out a women’s line, despite many insiders insisting he should. “That’s not in the pipeline despite everybody wanting me to do it,” he says. “Women like to buy the clothes because it’s menswear. For the moment, I’m not going to make dresses and things. If I did women, it would be coats, and very masculine codes. I think that’s what they love. Today, women like men’s clothes. Women are very much part of the Ami story and we do a lot of pictures with them during the show.”

And he’s sure he won’t do womenswear? “There is a temptation but it’s also a business consideration. When you have one store for men you need about 10 stores for women. But again, I need to protect my business.” He’s keenly aware of the competition, too. “Today it feels like if you want to launch a womenswear brand, the competition is so high that you have to really push the boundaries and I feel that’s not what I’d want to do. I want to do a very simple product if I do women. So we are not ready for this yet.” French-born, English-based 28-year-old pop star Heloise Letissier, better known by her stage name Christine and the Queens, has become a young millennial face for his brand, wearing his clothes at various performances and award shows. “I love her so much, I dreamed about her last night,” Mattiussi says, laughing, “we were singing together in my dreams.” They met a few years ago through a mutual friend after one of her concerts. “She said she loved the brand and would love to do something together and she had ideas, so we started to dress her for concerts, or shows.” She features regularly on his Instagram account (@amiparis).

Mattiussi runs his own Instagram and believes in keeping it as authentic as possible. “For me it’s both personal and professional. I can’t divide myself in two. Some friends said as a marketing ploy I shouldn’t go into the personal stuff, but I said: ‘this is my life, this is my job, my own things, so I’m going to have dinner with my friends but I’m going to be in New York on Monday morning, and I am still the same person. I can’t cut myself in two. I can’t disconnect from it.’”

He hopes that way people in Hong Kong will see how real and how genuine his persona, especially given his link with I.T. “It’s a big investment for us to be here, and partner with I.T in Hong Kong,” he says. “That gives us a chance they really understand. It’s a relationship. It takes time to understand each other and make a partnership.”

However, he does feel there’s been a change in his own thinking with the Internet. “When I did the collaboration with Mr Porter, there was almost no Instagram, and Facebook was still the main thing. I feel like I took more time to look at things. I feel I used to go deeper into subjects, now I don’t so much. Now its become very statistical. Too much. If you go to a fashion show, people don’t clap anymore, so what’s the point. They just want to be sure you know they were there with the photo. Style.com said last season that our show was the most applauded of any, which was a great compliment. Because I invite my friends and family, not just professionals. That’s what the show should be. But the big groups analyse all this stuff, and if someone doesn’t post a picture they will call you and ask why you didn’t post, and remind you – you’re not free anymore.” Mattiussi’s worked with design royalty but which designer does he love, or consider a legend. “When I was starting out I was a huge fan of Hedi Slimane,” he says. “I worked for him but we never met. I was in the studio, we had to work hard. I really love what he did with Dior Homme, he did amazing things at Saint Laurent, too, to take over something from every detail, architecture, shows, style, ideas, the name, the way he puts himself in the story, very rare, the power he has. He is precise. He changed everything. So few people can do that.”

Then he mentions Nicolas Ghesquière at Louis Vuitton, a personal friend of his. “But he can only do the show and the advertising. That’s all. So Hedi and Nicolas. I think both are very minimalist in a way. If I look at myself I wish I could be minimalist, sometimes like a black and white story, but I love Hedi’s work at Saint Laurent, everybody says super minimal, but his coats were vintage, but so natural too. Clothes that are real.”

Mattiussi doesn’t do any advertising as such, or campaigns. Given his freedom and predilection for the work of someone like Slimane, how would he chose to represent his brand? He mentions Juergen Teller noting that Teller’s “first an artist but then also a fashion photographer.” Mattiussi says Teller’s one of the few “not to fake the reality, but just take a picture in a real situation”.

But what of advertising? “I haven’t given any intention to the advertising yet as that’s something that requires deep thought, and it has to be a simple idea and I haven’t found it yet. I prefer to wait, to find the right photographer, to find the right idea, because I feel you have to sell a story and be current. I’ve been, I hope so, current from the very beginning because I’m the only one who speaks and it’s all about how I feel, and I’m moving forward. I’m getting older, I’m living my life, I have personal things, and I don’t want to make the brand just a marketing thing. I just feel I’m the pilot of the boat, so whatever happens to me that makes the brand go in a way and be current for sure. But I love the surprise and sometimes, if you are a brand, you have to be like this.”

Despite Mattiussi’s influence and network in the business, he’s distinguished by humble affability. “What I’ve learned about this job is that sometimes it can make your dreams come true, it’s possible. I sent a message to Inès yesterday and she wrote back and said ‘of course I would love to be your girl’. I met Jean-Paul Goude, photographer. He’s very us. One day, at four o’clock in the morning I sent him a mail saying ‘Hello, Jean-Paul Goude, this is me. I want to work with you, here is my phone number.’ Two minutes later, at 4am, Jean-Paul calls me and says, ‘Sure, let’s do it’. You have to feel comfortable enough with yourself. People expect surprises. They want to work with young people, not just Louis Vuitton and Chanel. You have one life, follow your dreams.” 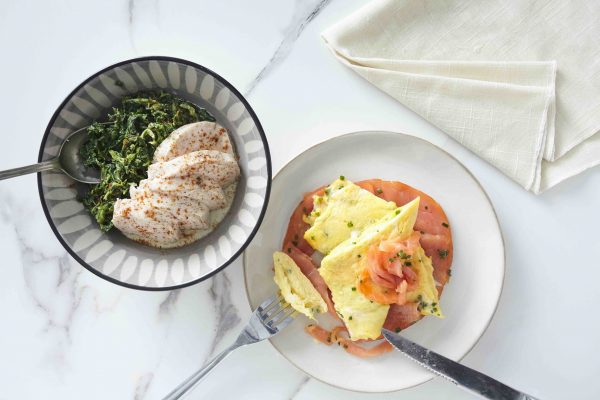