Rolex is one of the brightest stars in the firmament of haute horlogerie. Apart from its preeminent expertise in watchmaking, its success has been due in great measure to sport. In 1927, professional swimmer Mercedes Gleitze became the first British woman to swim the English Channel. Just as remarkable as her feat of endurance was that her watch was still functioning after the 13-hour swim. Her watch was, of course, a waterproof Rolex Oyster. Gleitze became the first Rolex brand ambassador, 90 years ago.

Since then, the Swiss watchmaker has been an active supporter of top athletes and the sports they compete in, including yachting, golf, tennis, motorsport and equestrianism. It is the final sport in which Rolex celebrates its 60th year of involvement in 2017. The Winter Equestrian Festival in Wellington, Florida, was the focus of much of the brand’s celebrations earlier this year and Rolex invited #legend to help it celebrate. As a VIP guest, we went behind the scenes of the dressage, show jumping and three-day eventing that took place over 12 weeks and ended last month.

The watchmaker offered us an exclusive perspective on the realm of show jumping by conducting us on a tour of the stables of Kent Farrington, an American show jumper, who is ranked second in the world and is also a Rolex brand ambassador. Our peek into the charming and enthusiastic Farrington’s Wellington stables also gave us a chance to see the man himself and the qualities that make him an outstanding horseman. I was fascinated to see how well-organised all his tack is – that is, the bits, bridles, saddles and all the other gear that together allow a rider and his mount to perform as one. His hundreds, if not thousands of items of tack are arranged with impeccable neatness in his tack room. “I am really organised with my stuff,” Farrington says. “I always think that all of those details are going to make me better, even if it’s just 1 per cent better.” The effort required to perfect that 1 percent is a manifestation of the admirable passion, courage, hard work, persistence and discipline Farrington exhibits in his pursuit of excellence – every day, in every way. Equestrianism may appear to many a Millennial to be a sport for the elite. Simply imagining the cost of engaging in the sport is enough to scare many away. That is particularly so in Hong Kong, where land to keep, train and exercise horses is scarce and expensive, and where mounts for show jumpers are proportionately scarce and expensive.

Farrington disputes the notion that the show jumping ring is just a playground for the rich. He argues that where there’s a will, there’s a way to clear any financial obstacle. “If you want to start here in Wellington, of course it’s very expensive, as this is a super- high-level venue,” he says, “It’s considered the Wimbledon of show jumping.” Wellington is indisputably the Wimbledon of show jumping in one respect: Rolex sponsors both the tennis tournament and the equestrian festival.

“But learning show jumping is just like wanting to learn how to ski: you don’t need the most fancy ski boots and outfit,” Farrington says. “You could spend thousands and have the best instructor in the world or you can rent the gear for the day and go ski somewhere like Vermont.” For those eager to climb into the saddle but lacking the means, the founders of the Winter Equestrian Festival and owners of the Palm Beach International Equestrian Centre, Mark and Katherine Bellissimo, have made riding more accessible. They bought their show ground and the surrounding land in 2006, and have since opened up to ordinary people a place that was once a venue only for the elite of the elite. The couple abolished the admission charge and built stands for spectators where a seat costs nothing.

The Bellissimos added attractions with only loose associations with horses, such as a US$300,000 roundabout made by Bertazzon in Italy. “We want to stimulate public interest towards equestrianism,” Mark Bellissimo says. “The carousel here is for anyone in the community that wants to come and ride for free. And if that’s their only exposure to horses, so be it. The carousel has actually been resonating very well with the community so far,” he says. “Maybe we should even have a competition for carousel riders.”

Rolex has boosted efforts by the Bellissimos to put show jumping in the public eye. The watchmaker, the Winter Equestrian Festival and the Palm Beach International Equestrian Center stuck a deal in 2014 that made Rolex the official timekeeper of the festival and the centre for the following 10 years, and made its watches the official timepieces. “Before the deal with Rolex, our prize money was around US$2 million. This year we have US$9.5 million,” Mark Bellissimo says. “The deal marked a huge transition, and from then on the area has become an international destination that attracts a much broader international audience, as well as more of the world’s top riders. Last week we had four of the top 10 here.” Rolex has 11 brand ambassadors among equestrians, all top riders. They include Rodrigo Pessoa, Eric Lamaze and Meredith Michaels-Beerbaum. But just like the brand itself, Rolex keeps those ambassadors somewhat aloof, and tends to resist the temptation other brands and sponsors succumb to of rolling out their talent at any and every promotional opportunity. Thus, Rolex prefers its ambassadors use more of their time to practice their skills rather than pouting in front of the camera at a photo shoot.

Farrington recalls the first Rolex he won. It was a Rolex Datejust in 2013 at the La Coruna Grand Prix in Spain. He later gave it to his sister. “My sister used to ride with me all the time but she didn’t like it as much as I did,” Farrington says. “As we had some difficult horses, she, kind of, lost her courage. I used to ride so many horses in shows when I was a kid, with the highest record of competing on 26 horses in a single day. So it was hectic and I was very busy. She would organise everything for me and help me run from arena to arena, carrying my saddle, so I can ride more.”

A common misperception about show jumping is that the horse does all the thinking and all the legwork. “It’s actually a challenging and unique sport which involves an animal and a human being as one unit, competing in a team,” Farrington says. “For the riders, it requires strong determination, as it takes tremendous commitment in time to train and bond with their horses, as well as a tough mentality to face failure and losing, which happens very often in show jumping, even for top-level riders. “In show jumping, if you knock down fence number two, you are out and it’s over. If you look at the best show jumpers in the world, they actually probably win only 10 per cent of the time, or even less. Mentally, it takes a lot of strength. You have to be resilient and the hard part is, you have to walk into every event thinking you are going to win, but then walk away most of the time when you don’t. I go to every grand prix thinking that I have a very strong chance to win and believing that I’m going to win.”

Farrington’s aim is to remain among the top 10 riders for the next 20 years. He adheres to a strict fitness regime, rides every day, works out five times a week and does a lot of balance exercises. He watches his weight with a view to imposing the least possible burden on his mount. To keep up his strength without gaining weight, Farrington carefully follows a diet that contains no refined sugar or baked food, but plenty of fish and chicken. He says gridiron footballer Tom Brady’s nutrition plan is the inspiration for his diet. Brady is 39 but at his physical peak and Farrington would like to emulate him. “For our sport, you can ride for a very long time,” Farrington says. “We can see that with Nick Skelton, who won the individual Olympic gold medal at the age of 58,” he says, referring to the British show jumper. “As I plan to do this for a long time, I think it’s better that I take care of myself now. It’s going to lead to having a longstanding career at the top of the sport, which is my ultimate goal.” 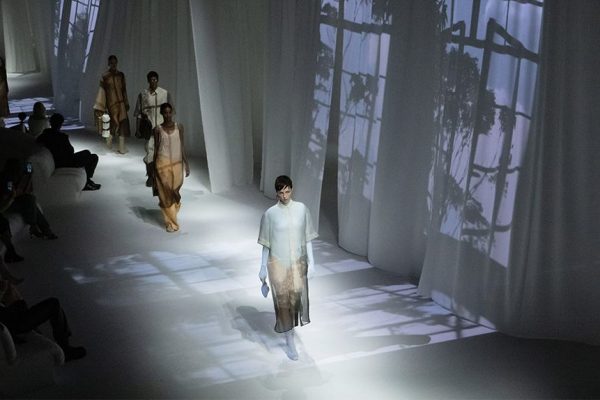 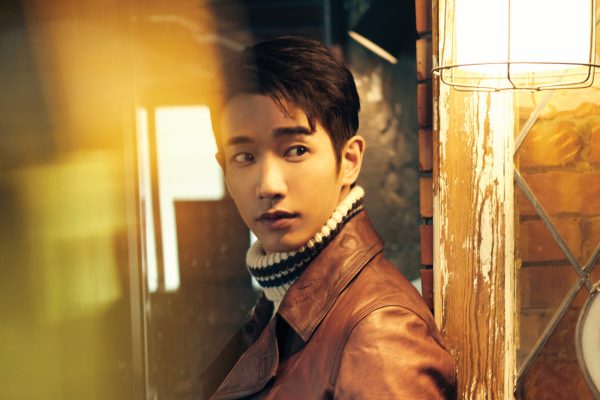 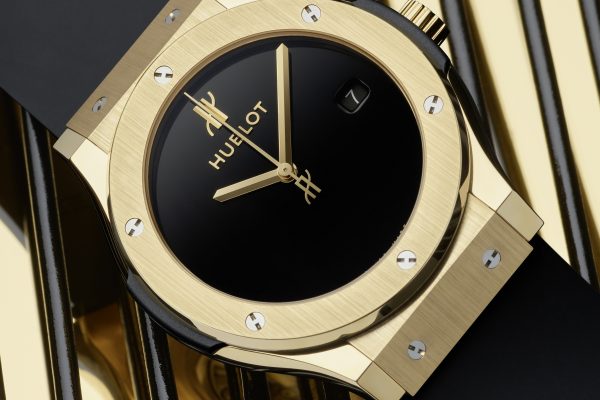 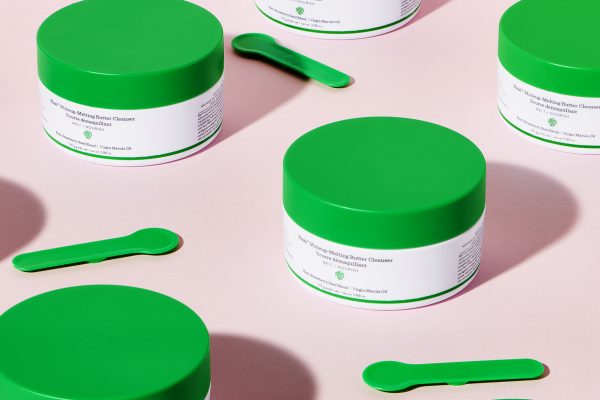 5 of the best cleansing balms in Hong Kong 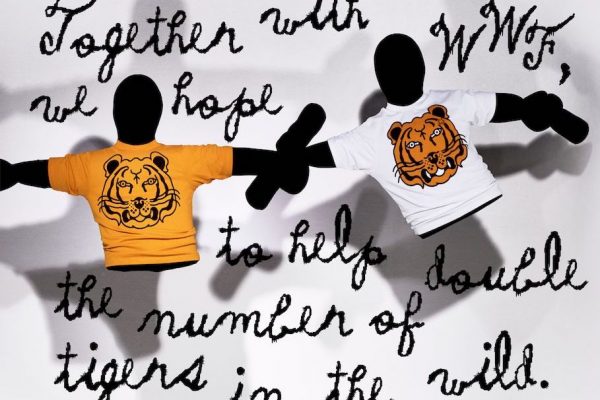