It’s safe to say that 2018 has already been a big year for Piaget. The company is known for its timeless, elegant and impossibly thin designs. Living up to its reputation, it released two world-record-breaking models at this year’s SIHH, pushing the boundaries of watchmaking as we know it. Piaget has also reimagined its classic Possession line with dazzling new details. Brand ambassadors Ryan Reynolds and Doutzen Kroes were on hand to learn about the new models and speak with fellow watch enthusiasts at the event. The Piaget story begins in 1874 on a humble farm in La Côte-aux-Fées, where Georges-Édouard Piaget set up his first workshop. Here, he devoted himself tirelessly to high-precision movements – and his dedication payed off. By 1913, his company had amassed a reputation for specialising in ultra-thin components, and soon it transitioned into luxury pocket watches and wristwatches. Four decades later, Piaget – as it was now known – made history with the 9P, a legendary 2mm calibre that set the standard for slenderness in the industry. In 1960, the brand once again broke records, this time with the calibre 12P, the world’s thinnest self-winding movement.

In 2018, Piaget is celebrating 60 years of the Altiplano. And it’s honouring the collection’s rich history the way only Piaget can: by smashing records once again, with the introduction of the Altiplano Ultimate Automatic and the Altiplano Ultimate Concept.At just 4.3mm, the Altiplano Ultimate Automatic is the world’s thinnest automatic watch. It’s so thin, in fact, that some of its components are barely thicker than a hair. Indeed, it’s a modern marvel and a vanguard of miniature horology – some call it the crowning achievement of 60 years of ultra-thin horology, and we’re not disagreeing. To achieve its extremely sleek case, the hours and minutes are contained within the height of the calibre 910P, a patented technical achievement that frees up space between the glass and cannon pinion to better protect the movement.

The case has become the watch’s mainplate, to which the 219 components are affixed. Peek inside and you’ll see more than just hair-thin parts; you’ll see a complex, reserved movement construction. The suspended barrel is anchored by a single bridge, attached to the dial side, which you can see through the watch’s front. Each Altiplano Ultimate Automatic is sealed with the historical “Piaget Automatic”, taking its place in the storied history of the watchmakers. It’s an incredible feat of horological mastery – but it’s not even the thinnest watch in the Piaget family. That honour goes to the Altiplano Ultimate Concept. The counterpart to 2017’s Altiplano Ultimate 910P, the Ultimate Concept took four years to create. It’s the world’s thinnest mechanical hand-wound watch, coming in at just 2mm thick (or, should we say, thin). This model reflects the point where tradition meets creativity – an engineering marvel that pushes the boundaries of micromechanics.

Challenged with creating the slimmest timepiece in the world, but without sacrificing style or functionality, Piaget’s engineers worked with watchmakers, designers, and case and movement constructors to create unprecedented technical solutions and push the boundaries of micromechanics, including the use of a new ultra-rigid and robust cobalt-based high-tech alloy. Lightweight but immensely durable, it prevents the timepiece from buckling despite its extreme slenderness. Piaget’s first concept watch has five dedicated patents, including an ultra-thin barrel, ultra-thin regulation, a new winding device, flat crown and glass gluing. Besides its world-record breakers, Piaget has also revamped the famed Possession. 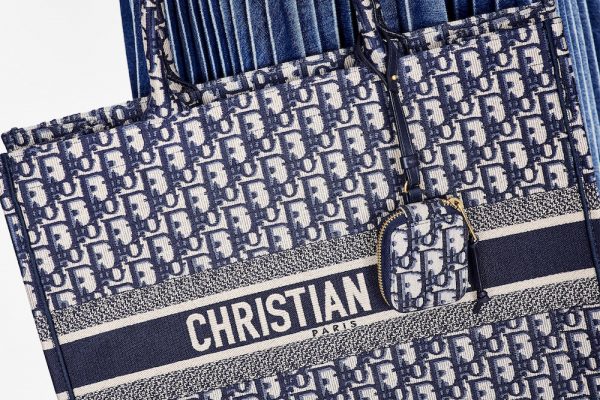