Girard-perregaux has been making watches since the late 1700s; this year, the brand will champion some of the most iconic watches from its rich history. Renowned for its Tourbillon with Three Gold Bridges watch, invented in 1889 by Constant Girard, the brand continues to build on this legacy today; it also has a long history with the Laureato watch.

In 1975, the Swiss watch industry was in decline and many customers eschewed high-priced mechanical watches in favour of cheaper quartz models. In an attempt to cultivate new clients, numerous high-end brands created memorable octagonal sports watches. Girard-Perregaux was among them when it launched the Laureato, originally a quartz model.

The Laureato was a solid hit and gained a strong international following. Girard-Perregaux continually evolved the line, eventually adding a mechanical movement almost a decade later, and thereafter adding new renditions and complications. In 2016, in honour of the brand’s 225th year, it revitalised the Laureato line with the introduction of a limited-edition timepiece.

This year, the Laureato welcomes a range of chronographs. The new watches come in steel or pink gold, and are available in 42mm and 38mm. All the new models are distinctly recognisable as the Laureato – from the polished octagonal bezel and the Clous de Paris hobnail dial (available in three colours: silver, black and dark blue) to the interlinked bracelet. New features include crown guards and easy-to-use screw-down pushers. Inside, a self-winding chronograph movement drives two counters, a small-seconds dial and a date display, and provides 46 hours of power reserve. Its horological qualities are complemented by exemplary finishing including the Côtes de Genève motif (the wavy pattern traced on the smooth side of the movement), chamfering and straight graining. In the 42mm version, the hour-markers are secured to the minute circle and the caseback is fitted with a transparent sapphire crystal. The 38mm version features hour-markers separate from the minute circle and a solid caseback.

Girard-Perregaux has also introduced a few new ceramic additions to the Laureato collection. The highlights this year include an all-black 42mm model and a 38mm version in white or black with 56 diamonds on the bezel, intended for women. Architecturally, these ceramic watches offer the same style codes as all Laureato watches, with an ergonomic fit and an integrated bracelet. The stealthy black models are given the same finishing as those in steel or in gold, alternating between polished and satin-brushed surfaces. Both the black and white versions pack a powerful mechanical self-winding calibre that offers 46 hours of power reserve. This is a first for the ladies’ timepiece, which previously came with a quartz movement. Besides the new Laureato line,  Girard-Perregaux has also unveiled a few other noteworthy timepieces. The Minute Repeater Tri-Axial Tourbillon is likely the most complicated watch released by the company this year. This watch is powered by a mechanical manual-winding movement that houses two challenging horological complications: the minute repeater and the tourbillon that simultaneously gravitates around three axes. This 48mm model was crafted in titanium so the minute repeater could chime with greater intensity. It  features a new case construction that combines the mainplate and case, so the sound wave can spread directly from the gong-ring through to the mainplate and then to the outside of the watch.

Underneath the bridge is the tourbillon. The opulent hand-wound movement can be easily admired through the box-type sapphire crystal. Hours and minutes are displayed on two sapphire discs, allowing for a full view of the movement from the front. This watch comes with a power reserve of 60 hours.

The Neo Tourbillon with Three Bridges Skeleton is the first skeletonised take on  the brand’s recognisable three-bridge tourbillon structure, for which the brand  first applied for a patent in 1884. In 2014,  Girard-Perregaux revamped it with the introduction of the sleek Neo Tourbillon with Three Bridges watch. The latest skeletonised version is a culmination and evolution of the characteristics of all these watches, and shows how Girard-Perregaux continues to build on its heritage in new and dynamic ways.

Made of titanium, the watch measures 45mm in diameter and is 15.85mm thick. The movement is automatic with a white gold micro-rotor. One of the most significant design features is that the case has no bezel; a domed crystal on the front and a clear caseback ensure that all the attention is focused on the movement. Another pleasing aspect is the lightness of this watch, which can be attributed to the use of sapphire and titanium. This watch is water-resistant to 30 metres and has a power reserve of 60 hours. 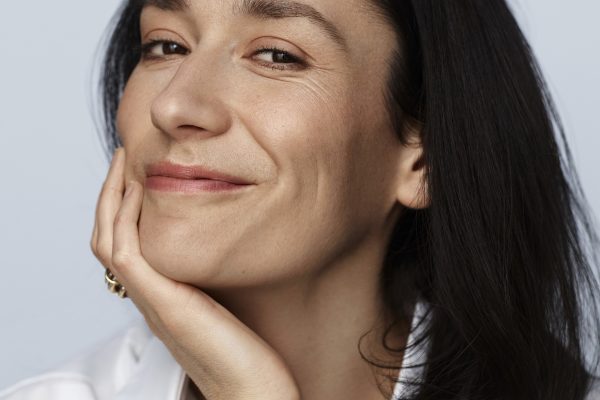