This dystopian show was held in a darkened stadium, with a runway submerged in water (suggesting petrol) while projections of aggressive fires, frantic birds and tsunami tides flashed around. Perhaps creative director Demna Gvasalia didn’t intend to draw attention to the looming pandemic or the climate crisis, but with a fashionscape so immersed in subliminal messages and statements, it wasn’t hard to read between the lines. This was Gvaslia’s most intimate collection yet, religious and monastic, with hooded cloaks, long velvet smocks and floor-length cassocks – the parameters of menswear and womenswear were tested and blurred. A parade of priests and (not so) holy people recalled Gvasalia’s memories of Georgia’s Orthodox church, with references to the Spanish Catholic roots of house founder Cristóbal Balenciaga. He questioned the ideas and constrictions of society, pondering how the clergy could wear religious dresses and maxi-skirts, yet in a secular setting these garments were reserved for women. This taboo, shame and constraint served as inspiration and a passion rung loud throughout, like the bells of a church or the horn of the rapture.

With Chanel, each season you’re expecting one thing: tweed suits. But there was a change this year as creative director Virginie Viard led a revival, with a declaration of freedom. Her pragmatism for the comfortable and practical took a hold. She used a photograph of an Edwardian clothing-clad Karl Lagerfeld and Anna Piaggi, as well as Coco Chanel’s élan for equestrian sports, as her roots for this season. The accessories, jewellery and detailing really stole the show, with seven-league riding boots, Maltese crosses embellished with gems and sweet mandarin collars. The show was undeniably Chanel, but with a contemporary persuasion. There’s something about a timeless tweed suit – but a velvet burnout column ensemble with a chunky emblematic necklace? Yes, please.

The Chloé essentials are well-documented by now, defining the boho-chic carefree traveller and the career woman. This show had many presuming that it would be somewhat textbook, but creative director Natacha Ramsay-Levi went beyond those constrictions without losing the essence of the brand along the way. “I love creative women,” she professed – and it showed. The wide-legged trousers, T-shirts, belt-cinched blazers, knitted tops and flowing skirts were all ever-present and ever-loved. The earth tones were reminiscent of the innate nature in women – one of comfort, homeliness and wholesomeness. The seamless collaboration with painter Rita Ackermann was charming and effortless; nothing could have been more fitting for this collection. There was a simplicity and ease of these dresses, especially the lace-panelled pleated maxi dress worn by Agi Akur that was Grecian in nature and simply goddess-tier. Gold jewellery adorned the wrists, elbows and ears of the models, while the pins were cheeky yet sophisticated, in a not-so-subtle reminder of the individuality that each woman holds.

Maria Grazia Chiuri loves to spark conversation in the feminist discourse and this runway show couldn’t have come at a more fitting time – to the news that Harvey Weinstein’s rape trial had produced a guilty verdict. Chiuri attributes her feminist roots to the streets of 1970s Rome. “The ’70s gave me the attitude I have,” she says – and it’s a reminder that her work represents more than just beauty. It’s a snapshot of the struggle that women have endured, and their fight not to have their existence politicised and weaponised. Identifying with Marc Bohan’s tenure at Dior, Chiuri followed a freer decree, with a rein that was less rigid and inviolate. As an ode to the oeuvre of Bohan’s work, Dior skiwear was revived with logoed puffers, denim pickings and checked bias-cut ensembles. The show was a trip down memory lane for Chiuri, who did some soul-searching in her diaries and photos of her seamstress mother; what she drew from these was translated into Dior classicism. The show started with the Bar jacket, but it was in no way indicative of the sense of freedom that was to follow. This season’s T-shirt read “I Say I” from a quote by Italian activist Carla Lonzi; in millennial-speak, that equates to “you do you” – solid advice for Chiuri going forward.

Graphic enthusiasm abounded in this Givenchy collection, as Clare Waight Keller looked to French cinema’s New Wave for inspiration, with scenes of the painfully stunning Anouk Aimée acting as her siren. What transpired from such meditation were black, red and white dominance, and subtle leitmotifs of dots and stripes. Last season brought about a more carefree offering for the warmer days, but with autumn and winter comes more rigidity and formalities, as demonstrated by the tailoring and silhouettes. Kaia Gerber’s red-caped ensemble with metallic lilac strapped heels and spiral earrings screamed power and poise. Givenchy also offered graphic-printed dresses that softly drape and sashay, as well as a caped knit dress and dresses over trousers. For nightwear, Waight Keller followed the crowd this season with her display of plumage and fringing. There was a cinematic flair about this season that the house executed so well. Unfortunately, in such a tumultuous time of social distancing, there aren’t as many occasions for such glamour right now – but this is the perfect season for that flounce-brimmed hat.

Jonathan Anderson declared: “Dressing to impress, I think that’s an exciting thing.” In an era obsessed with streetwear and athleisure, it almost seems far-fetched. Much of fashion has replaced the avant-garde with the marketable, but Loewe is well-placed to retrain the world on what it means to dress to impress. Last season heralded pastel panniers and this season the silhouettes were statuesque, holding their own like buildings in a skyline. Loewe has never been one to follow the crowd or adhere to the zeitgeist – and why would you when spontaneity can reap a collection like this? The draping and the brocade dresses were unrivalled, and the bib-fronted contrast dresses were so simple and elegant it was strange that no one had thought to create them before. Standouts included the cornflower-blue silk jacquard dress with the front rouleau buttons, the sand-coloured maxi coat with elongated sleeves and oversized tweed collar, and the khaki-gold ensemble with what looked like the print of the cross-section of a perfectly laminated croissant. The tricep cut-outs that flowed into bishop sleeves were a work of the divine. Anderson is a stark reminder that amid the commercialism of fashion, creativity is very much alive and well.

At least before its postponement due to COVID-19, Nicolas Ghesquière was set to be the co-host of this year’s Met Gala, themed “About Time: Fashion and Duration”. Exploring how fashion parallels the moment we live in, it’s set to be a distillation of the current state of affairs. But at LV, the house looked to the future – and if this show was any insight, the future is in no way going to be minimalistic. Enlisting the help of costume designer Milena Canonero, the backdrop was immense: 200 choral singers dressed in historical clothing, spanning from the 15th century to the 1950s. The spectacle was only intensified by the performance of a Woodkid and Bryce Dessner composition in homage to Nicolas de Grigny, a largely unsuccessful contemporary of Bach. This marriage of the past and future presented itself as borderline anarchy. Voluminous petticoats found their place alongside ski jackets and racing suits and boleros – because Ghesquière wants to make sure you’re ready for anything, whether it be F1 or space travel.

Each brand chooses colour carefully as it defines the next season, but creative director John Galliano treated you to every hue you could possibly dream of and presented them in a way that wasn’t garish. Mauve with teal with mustard with forest green with strawberry red with tangerine with cerulean blue with khaki with absinthe with raisin… it was a magnificent colour wheel beyond your wildest dreams (or for those monochromatic enthusiasts, beyond your wildest nightmares). The repurposing of posh Mayfair-esque coats brought a reprise of somewhere unknown, yet somewhat familiar. Galliano credited American realist painter Edward Hopper’s works as his source of inspiration, but his scissors and splicing took him to an entirely different dimension. Maison Margiela has often rejected known formulas for success, but it certainly knows what it’s doing. With such a wild blend of different zeitgeists, who would have ever thought that what the world truly wants to wear is a strawberries-and-cream overcoat or a beekeeper’s hat? Galliano, that’s who.

They say that life imitates art and, with that in mind, it’s rather fitting that so many of the runways opened with monochromatic black looks. However, if this now-clichéd expression is anything to go by, Valentino’s show ended with brighter colours, possibly indicating brighter days ahead. “Fashion must be relevant,” said creative director Pierpaolo Piccioli – and relevant he made it. His push for inclusivity has created line-ups of models where equality is the key. This message was conveyed in the removal of colour in this collection, as it wasn’t until the 26th look that we saw full-on colour. In the attempt to strip back labels and constraints, Valentino became a neo-minimalist with sartorial reduction. Yes, the use of herringbone, animal spotting and unisex sequins shone through, but the expected eclecticism didn’t surface in the expected way. Amongst the reductive tendencies were a few gems: full-length mesh gowns, a boned leather dress and a nude caped maxi with signature red clutch. The show finished with Piccioli’s current muse, Adut Akech, dressed in a red sequin column dress – and there was a good show-stopping reason she was saved until the very last. Past, present, future: A timeline of women’s fashion 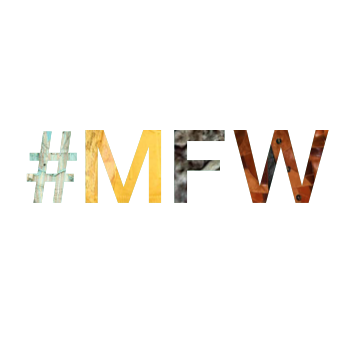 A brighter future with industry leaders 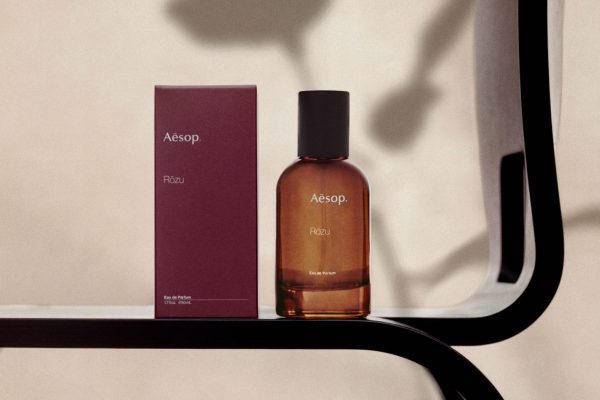