The scene: a 1920s ice rink. The vibe: long, lean and knitted. The showstoppers: chartreuse interludes, new intrecciato pouches and 3D-printed sandals. In an age dominated by streetwear and hypebeasts, the idea of elegance has been convoluted and misinterpreted to mean over the top and uncomfortable. However, Bottega Veneta proves that modern elegance is neither of those things. Fringe seems to be the direction that Milan Fashion Week has been going in recent shows (as seen on the runways at Prada and Jil Sander), but no one does it quite like creative director Daniel Lee. The confidence in the clothing was somewhat terpsichorean – the intrecciato weave was repeated, the fringe twirled about the models’ ankles, and the looks transitioned seamlessly from day to night. Admittedly, the colourway was a daring choice, but it’s a representation of the freedom and ingenuity soon to come for the house.

Prim and proper… or is it really? Liberation was one of the buzzwords at Fendi this season and the mood was 1940s Hollywood stardom. Initial thoughts drifted to Ava Gardner, but the storyboard quickly moved to scandal: think less pretty in pink and much more dominatrix. The normal bench seating was replaced with softer bedroom sofas, for this show was an intimate affair. Sorbet shades and corsetry – oh, what a dream! Bella Hadid’s full-leather suit may have circulated on Twitter and Instagram, but Yun Xie’s sheer black shirt-dress, Mona Tougaard’s Ispahan pink chevronned playsuit with curved plunge neck, and Xiao Wenju’s champagne-pink corseted and fringed dress with satin ballet pumps and turquoise bag were like a chef’s kiss. The soundtrack was curated by Nine Inch Nails keyboardist Alessandro Cortini and the tech accessories were in collaboration with Chaos, worn like charms off of belts and hanging off bags. AirPods cases, a shot glass set and lighters were the ultimate flex accessories for any international student. At the end of the Fendi show, you could picture yourself with a midi dress, a feather boa and leather gloves as you gesture to your waiter, saying, “I’ll have whatever she’s having.

Alessandro Michele’s runway show offerings each year are ritualistic – a delivery of a homily for the church of Gucci. This time, the invitation was sent via WhatsApp; was it a green alternative or was it symbolic of the real brand? The collection spoke to passions of a former world, theatrical in nature, in a quasi church/circus display. The designer likened himself to a doctor and a physicist, and on a circular installation, robed models entered with what looked like a small army of surgical assistants. The stage was a platform to display the inner workings of a fashion show and the clothes may have had a quiet passion to them, but they spoke to a dystopia not unfitting of the somewhat apocalyptic 2020 so far. Wedding cake layers of ruffles were matched with a leather harness and mesh gloves, gothic prairie dresses looked a perfect fit for Miss Havisham (if she were to change her wardrobe from that decaying marital gown) and Catholic schoolgirl outfits were kitted out with loafers and knee-length socks. But there was a sinister tone to it all, in a premonition of the unease this year has brought.

A lot of executive women have taken the runway, but none will ever truly be able to rival the women of Max Mara. Much as Simone Rocha took Irish playwright John Millington Synge’s 1904 work Riders to the Sea as her source of inspiration, creative director Ian Griffiths imagined his high-flying executive daydreaming about the ocean. She may sit at a desk in her fitted pinstripe suit, but her mind is wandering the high seas, all the way from Morocco to Russia. The Moroccan influence surfaced in the djellaba-accented poncho sported by Kaia Gerber, but Russia wasn’t quite as noticeable. Was it the double-fringing or the short ruffled peasant skirts? Or was this just a prophecy for the St Petersburg cruise collection, which is supposed to dock in May? No matter the thought, this collection was romantic – not in a whimsical, frilly or frou-frou manner, but in a nautical, piratical way. The deep navies and camels harkened to a colder time, with a seaside chill that left fans craving more.

How many people will be wearing panniers as wide as the revolving doors at the local mall? Eccentric was the name of the game – would you expect anything less than a spectacle from Jeremy Scott? With Marie Antoinette and the French Revolution in mind – perhaps topical, considering the world at present – decadence and the outrageous were the soup du jour, with sky-high wigs, porcelain chinois ensembles, wedding cakes (not the proportion, the actual cake), electric colours and ruffled cuffs. The toile de Jouy replaced scenes of tranquillity with anime courtesans. Moschino is known for denim and motorcycle jackets, so even in this hour of revolutionary reverence, he didn’t stray from the classics. Radicalism was communicated through Antoinette-style panniers and the ’60s miniskirt, but for those who preferred to take a seat on matters of policy, Scott used trimmings and samples of velour furniture to create mismatched aristocratic uniforms. People think Disney princess dreams manifest on flouncy dresses, but in reality, it’s gold brocade on denim, iced roses and cake box handbags. Vive la révolution!

Alessandro Dell’Acqua gushed about his obsessions and how they feed into his creativity, and this season was an indulgence in all of his fixations. This marked the 10th anniversary of the brand and he wasn’t shy about reinforcing the elements of N°21 in a way that screams “this is me!”. Each year has celebrated a different source of inspiration, but this omitted the nostalgia, instead focusing on what’s yet to come. It was somewhat subversive, playing to different shapes and proportions, in a sort of a remix of Dell’Acqua’s previous creations. The proportions may have been off, but the collection certainly wasn’t. There was a discreet charm to it all, with an undercurrent of sensuality in this uncomplicated, bourgeois collection. Refined and polished, it’s tough to deny a perfectly tailored double-breasted coat, nor could you go wrong with a red sequin halter dress.

“Women carry the weight now,” insisted Miuccia Prada in an interview. Through this collection, she asserted the message that femininity is synonymous with strength. The simplicity of it all was a welcome surprise, as the typical clichés of femininity embellished more categorically masculine pieces. A fringe skirt underneath a grey wool blazer opened the show, and variations of this in beige and black followed. The iterations (and the Miu Miu influence) were scattered throughout in the embellishments, the beaded curtain trims, the silk fringe and the sequinned tulle, which glistened like tinsel. Playing to the more masculine side of things (or for those who appreciate streetwear), there were oversized T-shirts – because nothing says testosterone like a basketball jersey. The masculinity of the collection appeared to be echoed through the mundanity of typical officewear, which in its own way raises questions of breadwinners and what it means to be a woman today.

Diving into the psyche of Carl Jung, creative director Paul Andrew wrote a new narrative on the female discourse, but rather than using pen and paper, he opted for a sewing needle and fabric. The references to the female archetypes were woven into the clothing, as Andrew explained: “Women’s identities are shifting kaleidoscopes”. With a certain sensuality, the collection was clean-cut and unfussed, though there were no overtly sexual undercurrents. The botanical prints and deep oxblood tones were as rich as they were sexy. With the seven female archetypes Jung denoted – the mother, the maiden, the queen, the huntress, the wise woman, the mystic and the lover, each related to the goddesses in Greek mythology – Andrew reminded us that his goddesses were virtuous and filled with value. The idea of femininity and sexuality often manifested in the form of thigh-high splits and hourglass shapes, but the brand took to liquid faux-leathers to reflect the fluidity of women. Salvatore Ferragamo is first and foremost an accessories house, which is why its croc boots and strappy sandals, all created from leftover leather supplies, won fans over.

With a new collection and a new creative director, Walter Chiapponi, this show brought a new day and a new vision for the Italian powerhouse. Having worked in creative roles at Bottega Veneta, Miu Miu and Gucci, Chiapponi knows the ins and outs of this industry better than most. There was a hush of sartorial awe in this collection – a calm, relaxed feel that didn’t take away from the excellence of the tailoring. Unlike his peers and contemporaries, the designer made a point to include bare leg. Thigh-skimming mini dresses and oversized bombers were a comfort that hasn’t been regularly seen on the runways of late. There wasn’t anything outrageous or revolutionary about this collection, but sometimes there’s no need for disruptions or disturbances. Sometimes, it’s all about seeking comfort in the known – and that’s exactly what Tod’s delivered: a collection to feel comfortable in.

Is there a way to one-up yourself when one of your show’s finales was the reason that Google Images was created? Well, the only chance you’ve got is if your last name is Versace and your first name is Donatella. Milan Fashion Week is known for its elegance and obsession with the “made in Italy” label, but Versace is emblematic of what it means to be audacious and daring. Unlike many other fashion houses, it doesn’t exactly do unisex – unless that means equality in the department of the flamboyant and the fancy. With fewer LBDs than usual, the surprise really unfolded when the American sportswear came out – wait, was this a Versace show or Moncler meets Polo Ralph Lauren? Venturing deep into daywear territory, there was new silverware in the form of engraved rings and chainmail. Overall, there was a whole lot to unpack this season at Versace. Sure, the colours were brighter than ever and some items were much preppier than the house normally presents, but Kendall Jenner was still just as Instagrammable. In that curved lampshade dress with the crystalline embellishments, Donatella (with the help of Kendall) showed the world how it’s done. 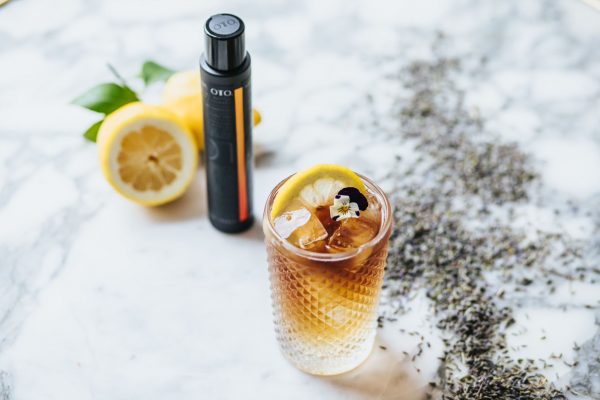