Post-pandemic China is embracing local fashion and local designers like never before. Emerging talent Yueqi Qi and Louis Sheng Tao Chen speak to #legend about what they represent and how they see their industry developing from here

When Samuel Gui Yang won the Designer of the Year award at the inaugural Hu Fashion Forward Prize, it marked a turning point for Chinese fashion designers everywhere. Set up by Le Monde De SHC, a multibrand boutique in Shanghai, a series of awards were given from the ACC Forward Prize, which awarded Soft Mountains, a jewellery label by Long Ziwei, for accessories, to The China Forward Prize, which went to Penultimate’s Xiang Gao – bestowed on designers who interpret traditional Chinese aesthetics through innovation and contemporary design as well as The New Forward Prize, which goes to designers with only two collections to their name, which this year, was Louis Shengtao Chen.

Held at Shanghai’s historic Paramount ballroom, the prize, different from other fashion prizes before it in that the public was also invited to vote, celebrates the best and brightest young designers in fashion in the Chinese market today. Without global travel, fashion markets have become increasingly localized with “support local” becoming ever more the norm. No market has this been seen clearest than in China, which recovered from the pandemic faster than other countries but with fashion buyers unable to place orders in showrooms and preferring to hedge their bets on products they can see and feel in person, international brands gradually made way for local Chinese labels. And in a bid to find the best in emerging Chinese talent, prizes like the Hu Fashion Forward Prize seem to be the first step to unearthing even more domestic talent and giving them the seal of approval in a market that only recently still looked abroad for its luxury goods.

Slowly, the opposite is becoming true. Yueqi Qi is one of few designers that didn’t show in Shanghai this season, an anomaly compared to the rest of her peers who threw elaborate shows in what turned out to be one of the more exuberant Shanghai Fashion Weeks seen in a long while, perhaps more so in contrast to the more subdued shows held at the traditional fashion capitals. Instead, she travelled to Milan as part of Gucci Vault’s inaugural edition. Touted by Gucci as a “new experimental online space, created by Gucci”, the Vault is an online concept store created by Alessandro Michele to showcase emerging designers from around the world.

Speaking to me on the phone in October having returned to China, Qi says, “I was thinking, is it worth going there for three days and quarantine for 21 days? But then I realized that my country is proud of me to represent – because only two Asian designers were chosen for this project, both from China, so we went there feeling confident.”

Yue was also invited a year prior by Gucci to submit a video for Guccifest where she used the opportunity to explore Kaiping, Yue’s hometown in China and celebrate her roots.

Qi recounts the moment it began, “it was last year around this time actually, they sent me an email asking me to sign a non-disclosure agreement and I thought, what is this? I thought it was just electronic direct mail from Gucci but then I realized that something was actually happening,” she says. “Gucci didn’t tell me about the full project. They only told me that they wanted to do a film festival and asked me to write a movie script and video. I hadn’t ever done video before but I thought I’d give it a go and did it. It was magical.

“My husband helped. He went to Kaiping, which is a county in Guandong province where I’m from and said, ‘you should embrace your own culture and your hometown.” I said ok and he wrote the script for it, which is basically a girl, a character of myself going back to her hometown. Initially there was concern that I wasn’t showing China as a
technological hub because it’s of old rural China but because it’s a place that still exists I decided I shouldn’t feel shame or worry because it’s my hometown.

“I was scared, to be honest, when it launched and I was worried that people would make negative comments saying that I wasn’t showing a version of China that they agreed with but turns out people were so supportive. I read all the comments on YouTube feeling very touched because they said that it was so authentic and sweet, so it really drove home the idea that we should all embrace our own culture and hometown.”

That she does. Described by Gucci Vault as a label “driven to revitalise craftsmanship and artisanship in her home country” Qi’s journey back to her roots came from when she was abroad studying at Central Saint Martin’s in London. Having only worked on clothing where her inspiration was drawn from Western culture, she saw different students from all over the world creating pieces that confidently drew from their own culture. “It was really impressive, one of the Russian girls was so confident when she was doing her presentation which was drawn from Russian culture and I realized that in China, we have over 2000 years history, so there must be something there worth showing,” she says. “Because when you live in the country and see these Chinese elements every day, you become numb and don’t find it interesting but because I went abroad and could look back, I managed to see that my culture is so different and from then on decided I wanted authentic ideas based on my own experience to be the starting point for my clothes and my projects.”

In an interesting turn of events, Gucci’s invitation for Qi to show in Milan was met with much consideration. Not only did Qi take into account the 21 days quarantine for a three-day trip but part of her concern was that she would miss staging a physical show in Shanghai. In recent years, young Chinese talent have opted to stage physical shows in Shanghai for the Chinese market, one they’re increasingly turning to, rather than showrooms in London, Milan or Paris.

It would be remiss, however, to suggest that all Chinese designers are making names for themselves reinterpreting their culture anew. Louis Shengtao Chen – winner of Hu Fashion Forward Prize “New Forward Prize”, celebrating new designers with one show under their belts – takes vintage inspiration and catapults it into modernity with a futuristic, avant-garde approach.

“It all points to my definition of luxury,” Chen says of his aesthetic and direction. “This brand is all about discovering what luxury stands for within the Louis Shengtao universe. Luxury shouldn’t just be for posh people or bourgeois ladies who go to the salon and drink champagne. Yes I have a background in luxury, how fabrics are used in that world, but I also want these pieces to be accessible to most people.”

It’s interesting that he mentions bourgeois ladies. Chen’s debut show “Debutante” took inspiration from baroque French dress but perhaps it’s the derring-do of the designer to take an inherently patrician code and democratize it that has earned him accolades not only from his native China (Chen is from Beijing), but also won him the LVMH Grand Prix Scholarship in 2020, Ports 1961 full scholarship and the British Fashion Council BA Scholarship in 2019.

“For the Debutante show in my first year, we held it in a completely dark room where everyone is standing no matter whether they’re VIP or a big editor from the industry or someone random who just happens to be interested in fashion and bought a ticket. I let everyone stand together. There was no first row or second row,” Chen says.

“I asked the models walking the show for me to walk as close to the guests as they could because I didn’t want
anybody to feel a distance from the clothes. I didn’t want it to be a fashion show that lasts 15 minutes, I want everyone to remember these 15 minutes forever in their life – as if they were walking down the street and saw a
bunch of well-dressed women walking past. I think this approach expresses the values I hold around fashion and
luxury in that fashion can be made in a luxurious way, it can be displayed in a luxurious way but it should not carry
distance and should be made part of the everyday.”

Perhaps it’s because China has only been zooming into the future at hyper speed for the past few decades that its domestic designers are able, with their unique blend of international educations and exposure, to reinterpret the world so boldly and uniquely into collections that have earned the respect of industry insiders both at home and abroad. Having experienced so much success for a collection that began because he had to put his masters degree on hold and return to China as a result of the pandemic, Chen’s challenge now is to test the waters internationally. “I’m starting now to interact with customers because I want to know more about them,” says Chen. “I want to know more about how they feel when they’re wearing my clothes or even when they’re not buying my clothes. How do they feel they want to shop when it’s winter or spring or summer. How the international market might feel when they want to launch a brand like mine in their stores and mostly what women are wearing Louis Shengtao Chen.”

While the brands are flourishing in their own countries, it will be interesting to see whether there is interest, once the world opens up, in taking their brands abroad. As China continues to foment a fashion identity of its own in the post-pandemic landscape that seems to have provided a slate wiped somewhat clean and continue to shape a market with a more sophisticated sense of its own proclivities, Chen’s parting words seem apt, “It can
Looks from Louis never be smooth, but it’s always something I fight for.” 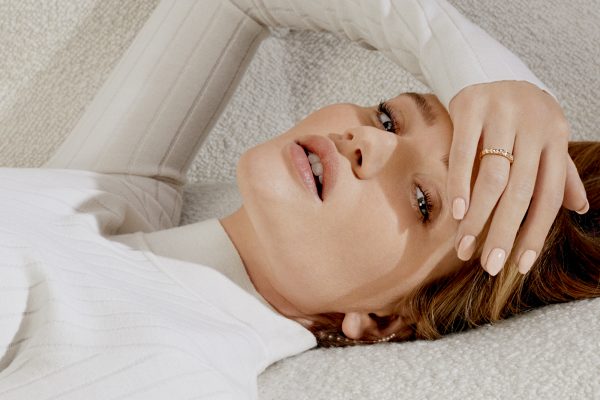 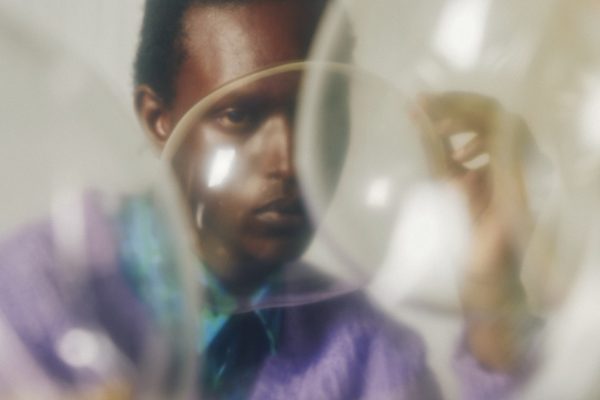 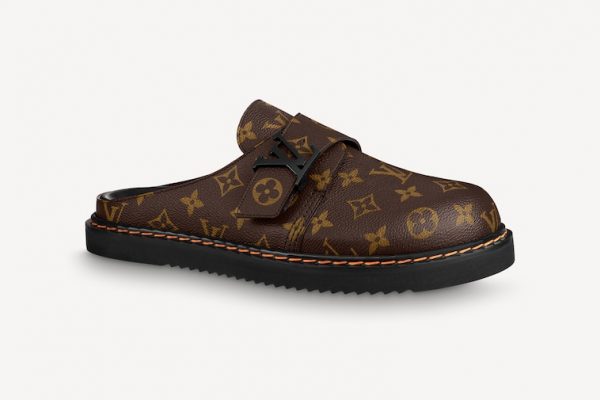 The best normcore pieces inspired by your dad’s wardrobe