Most people know Grace Chan as Miss Hong Kong 2013 and Miss Chinese International 2014. But the mother of two and emerging businesswoman is much more than a pretty face. She talks to #legend about her own childhood as well as raising the next generation amidst the pressures of public life

Growing up in Vancouver cultivated actress, TV host, beauty pageant winner and budding entrepreneur Grace Chan’s sense of outdoor exploration and adventure. Now living in densely packed Hong Kong with a little chance of travel without having to quarantine, Chan envisions imparting a sense of adventure to her two young children when they get a bit older.

After all, for Chan, family is the ultimate gift among the many blessings in her life. “I was raised near the mountains,” says Chan, whose preoccupations while growing up included skiing and snowboarding among other outdoor activities. She points to the polar bear on her Kenzo jumper with a grin, noting that most people wrongly assume the animal is part of the Canadian wildlife. Brown bears, on the other hand, are a common sight. “We used to have them in our garden,” she says. “We would have to wait for them to leave before we could go out.”

The fun and colourful Kenzo x Khrisjoy items Chan wears suit her family’s fast-paced lifestyle perfectly, as the “trendy but also super wearable” looks allow them to show their playful side while accommodating an active lifestyle.

“I feel like a lot of people here in Hong Kong need a checklist to make sure everyone did things. [In Canada] if you didn’t do it, you were the one being questioned as to why you’re sitting at home. I really appreciated that I was in that kind of environment. That’s what I want to give my kids as well. Instead of being at home and turning on the TV, we push ourselves out – let’s go to the park, let’s go somewhere, let’s be active.”

Keeping her children entertained and active while ensuring their privacy is all part of the job – especially for parents who are in the entertainment industry. It’s a pressure that Chan and her husband, actor and singer Kevin Cheng, are acutely aware of.

“There’s a chance that they might enter this industry or that they have more pressure than people from a different background. My kids are in the newspaper and sometimes I feel it’s quite unfair that they haven’t even had a choice to make,” Chan says. For now, it’s all about imbuing precious childhood memories and instilling a spirit of togetherness during this holiday season.

“Anyone who grew up in the Western world probably loves Christmas,” Chan says. “I come from a Christian background so, for me, Christmas has an added meaning to it.” Cheng also proposed to Chan over Christmas, giving the season another layer of fond memories.

Chan remembers another occasion which she describes as “that one perfect Christmas” when she was a little girl. Given the oddly warm December that year, snow had yet to fall in Vancouver. Then again, she adds, unlike Toronto or Calgary, a white winter is not always guaranteed

“I was setting up the tree with my dad and he got all the lights out,” Chan remembers. “It was ‘full-on’ in the sense of ‘we go big or we go home’, and it wasn’t snowing. And I just prayed to God that I really, really wanted a white Christmas. That’s all I asked for, just a few flurries in the sky.

“I went to bed on Christmas Eve thinking, ‘Okay, there’s no snow today, there’s probably no snow tomorrow’. I was just going to suck it up. I woke up at seven that morning and it was snowing. It was a Christmas miracle, like in the movies. I couldn’t believe my eyes.”

It was wonder in the way only a child experiences it – with awe and an impression that has lasted a lifetime. These days, Chan envisions taking her children to the same church where she sang carols growing up. “We used to have little choir trips,” she recalls. “During Christmas, we would go to senior homes and sing for them. I remember the homes always being extra warm because the elderly like to have the furnace on super high.”

Chan and her family would also visit soup kitchens and serve the hungry and needy. “I felt like that was what Christmas was all about. You can have so much but it’s about giving it back to others as well.

“I don’t want to say that what I’m doing is so out of the ordinary,” says Chan. “Because everyone is facing a lot
of different roles as well. In the end, it’s about doing well in those roles. As much as I want to continue to do something within my career, I think first I have to take note that my kids are still very young. My priority when I take on roles and jobs is to consider how much time those take away from me being with my children.”

To Chan, spending time with her children always takes priority, though she insists there needs to be a healthy balance. “I’m not going to protect them to a standard where I can’t let anyone know who my children are,” she says. “Kids will come to a realisation when they are four, maybe five, why mum is being cautious when they go out – they will start thinking they are more than their peers. At times, you have to balance that.”

There are times when acquaintances offer opinions on Chan’s children. “They’re already comparing and judging my children. I never asked them to and I don’t care what they think about my children. I feel there’s this added pressure in society having that kind of thinking. Social media is so prevalent – that’s what I want to protect them from, if anything. I don’t want them to come into contact with that so early and then realise that their whole lives could be very publicised.”

Snow Queen is Chan’s current project and brand that makes make-up sponges. “We’re just starting to do more things that people can use on a daily basis to take care of themselves. The reason I started that was because I stopped filming for the time being when I had my kids. But I still wanted to have something that I could work on in my personal time.

“This has been quite a transformation for me because I never thought I could own a business. We actually put ourselves at a quite reasonable price – all our items are under HK$100. I wanted to do something that goes back to basics.”

However rooted her life is now, Chan is more convinced than ever of the importance of developing a sense of adventure and curiosity in her children. And with that, she has gained a keen awareness of the kind of legacy she wants to leave for them – to boldly explore and to be their own person regardless of outside influences. Just as she has done for herself.

Also see: Kenzo Takada: The life and times of the legendary fashion designer 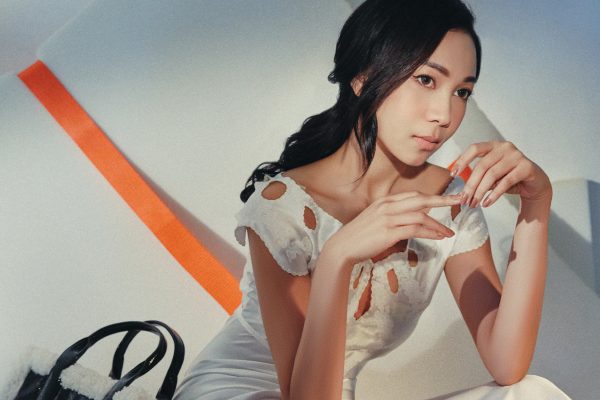 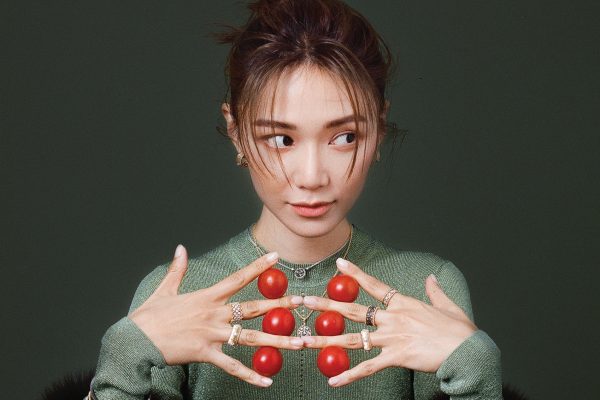 Pomellato: The kaleidoscopic colours of life