Perhaps it’s the amount of walking in nature that we’ve been doing over lockdown or the need to dress in clothes that makes us feel beautiful after a year of sweats, but romance and escapism have never been more at the forefront of everyone’s minds. Case in point: the overwhelming reception to Bridgerton, Shonda Rhimes’ Regency-period drama for Netflix.

In a timely confluence between culture and fashion, which speaks to the desire for old-world femininity and fantasy, there has been a resurgence of puff sleeves and empire waists across the collections of a handful of womenswear designers in the past two to three years. Among them, nobody has mastered a modern interpretation of this aesthetic better than Copenhagen native Cecilie Bahnsen, whose spring/summer 2021 collection was shown via a video of women wandering across an expansive heath. While the figures could be characters out of an Emily Brontë novel, the story had a uniquely multicultural twist.

“The idea came from three very different references. There’s a series of beautiful black-and-white photography by Hashimoto Shoko from the 1970s of a group of goze. They were blind women musicians who travelled from town to town in Japan, playing their music. The three women in his photos really inspired me,” Bahnsen says.

“Then I was also looking at James Turrell’s installations, that glow and otherworldly feeling, which I really wanted to bring into the colours this season, the electric pink and glaring green. And I was thinking too about summer nights by the sea in Denmark, the moon rising and the liquid blue ocean. There’s a painting by P. S. Krøyer of two women walking on the beach of Skagen at the top of Jutland. They’re in beautiful white dresses but there’s a feeling of melancholy too – I think the collection has that melancholy, in the black and white.”

According to Libby Page, senior market editor for Net-a-Porter, “Cecilie Bahnsen has a universal appeal as it speaks to a feminine customer. It has the perfect mix of commercial but beautifully elevated product. The runway shows always draw us in with their whimsical beauty, but there are always equally beautiful dresses in easy fabrics for more everyday wear. ”

Bahnsen earned a BA in Fashion Design and Textiles at Copenhagen’s Danish Design School and an MA in Fashion Womenswear at London’s Royal College of Art before launching her eponymous brand in 2015. Combining couture and a love of craftsmanship – both of which she honed as an assistant to Danish costume designer Anja Van Kragh, who exposed her to projects with Christian Dior and the Royal Danish Theatre, and in the design studios of John Galliano and Erdem – she has since has mastered the combination of romanticism with a dash of Danish sensibility that renders the pieces equal parts dreamy and wearable.

“I’ve always been drawn to femininity and a romantic way of dressing,” Bahnsen says. “Having worked in both Paris and London I love what those cities have taught me about the passion and love for fashion, romance and decadent details. For me, there’s power and strength in romance and femininity. I make clothes for women to feel comfortable, strong and independent. The Cecilie Bahnsen look is unashamedly feminine, a unique meeting of romance with the minimalistic Scandinavian aesthetic I grew up with.”

Influenced by her early education in textiles, the sculptural cloudlike quality of her pieces, which are considered down to the fine rouleaux straps that the designer prefers to use over buttons to counteract the voluminous quilting, jacquards and matelassé that pervade her collections, Bahnsen begins each season by developing new materials with her Swiss, French and Italian manufacturers. “I always start with designing the fabrics for each collection and then working with the silhouettes as canvases for the unique textiles, embellishments and embroidery,” she says.

The resulting haute couture fabrics have a unique tactility that gives a sumptuousness to each piece. From fil coupé to ethereal silk organzas, tulle, lace, velvets and even cotton poplins, each material is used dexterously to juxtapose strength and fragility.

“I like each design to stand on its own as a sculpture,” Bahnsen says. “Each season we refine and evolve the silhouettes, details and material. We always work with craftspeople in Europe preserving traditions and techniques that have been held in communities for centuries. Since launching the brand I have cared for the creation and the history of each garment, as I think the beauty of good design lies both in the look and the considered process.”

That sense of sisterhood and belonging extends to Bahnsen’s brand itself. “It’s not about a VIP or an It girl; it’s about all girls and women supporting each other. I always design with the thought in mind that the dress and the feeling of wearing the dress is something that can be passed from mother to daughter or shared between friends,” she says. “Being a female designer, designing for women, it’s about creating clothes that make women feel comfortable, strong and independent. I love that every girl wears it differently with their own personal touch.” 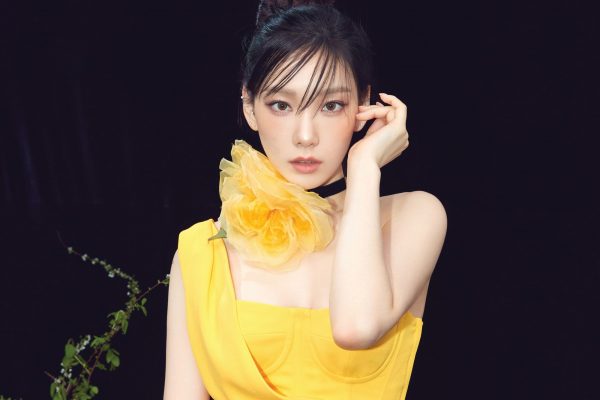 Cover story: K-pop star Taeyeon on dreams, fame and being in the public eye