Fashion Cover Fiona McLeish on her career and future

Fiona McLeish went from growing up in Hong Kong as your run-of-the-mill happy kid to getting a standard degree and an office job in marketing, then to gracing the billboards of international campaigns and hanging out with the world’s elite. Kieran Ho speaks with her about her upbringing and how far she’s come.

Chinese-scottish model and Hong Kong It-girl Fiona McLeish’s face can be seen in massive campaigns on some of the city’s most prominent billboards. When she’s not socialising with the likes of Pharrell Williams, Takashi Murakami or JasonMraz, she’s often with her fiancé ,streetwear maven Kevin Poon. But she came from simple beginnings, growing up in Hong Kong as the youngest and only girl of three children, with a Scottish father and Chinese mother.

It was the classic tale of the younger sister – she always wanted to fit in with her two older brothers, but they never wanted to play with her. “My mother would always dress me in head-to-toe pink because she thought I was too much of a tomboy and wanted me to be more girly,” she recalls. “I remember this outfit so significantly. It was a head-to-toe pink Juicy Couture look with a pink beanie. It was super-trendy at that time.”

A few years after getting her marketing degree in the UK, McLeish came back home and worked at an office job for a while, but she never really felt it was quite right for her. Eventually, she was scouted by the talent agency Style Management (who represents names such as actress Angelababy, Japanese models and media personalities Kiko Mizuhara and her sister Yuka,and Chinese supermodel HeCong) at a bar– and the rest was history.

What was it like growing up in Hong Kong as a mixed-race kid?

It was fine – no bullying or anything – and it was easy because I speak Cantonese, too. My whole family speaks Cantonese and I went to a local kindergarten. I think out of me and my brothers, I’m probably the most Chinese because when I went home, I would watch this educational programme on Chinese TV. But I can’t read it; that’s a huge thing I regret.

Which do you identify more with, your Chinese or Scottish side?

I think the Chinese side. I love eating Chinese food.

Did you ever struggle with your mixed race when you were growing up, or was it something you never gave much thought to?

I think it was easy for me growing up in Hong Kong because everyone’s so internationally minded here. There are so many other Eurasians like myself, so I never really had a problem with my identity – and also my brothers are Eurasians. It was never a weird thing for me.

People know you as a model in Hong Kong. What’s your favourite part about modelling?

Growing up, I never thought I looked pretty or that I wanted to be a model. That wasn’t my intention at all. I did it because I wanted to learn more about communicating with others. Through modelling, I met so many different types of people. I was a lot shyer growing up, and modelling helped me to evolve and be more comfortable in front of people. That’s a really positive thing about my work – and I like how flexible it is. Having done an office job, I don’t think I can ever go back to that. If I really had to, then I could. As a model, I like the flexibility and I like how I can travel. Besides, every job is different – and having to tackle each one is fun for me.

What are some of the things you don’t like about this career?

I’m thankful to have a great agency and I feel like they’ve been quite protective of me. The only thing is that I don’t like to be taken advantage of. Otherwise, everyone’s been so nice.

How do you deal with negative comments from strangers?

I try not to look at them because when I do, I know I’ll get upset. However, sometimes I can’t help myself. So when I do read through them and find some truth to it, I always reflect on myself and try to improve. Also, with social media, everything is so transparent. There are so many people in this world who have their own opinions, so it’s just how you handle it. You can choose not to let those things affect you and strengthen yourself with a support system of good people around you to keep you from losing sight of what’s real. Those are the people that you should be listening to – not those who don’t even know you, but somehow have an opinion about you. If it’s something that bothers me, I’ll speak with my family and those closest to me.

What’s your relationship with fashion?

My mother loves to shop! Growing up, she would always make me accompany her when she went shopping and I’d sit on the couch to wait; I really wasn’t into it. Now growing up, I find I’m going into my mom’s closet to borrow this and that – and vice versa.

What made you change your mind?

Through modelling and getting to wear all these clothes. If I’m on a shoot and I wear something that I like, I’ll pay attention to who it’s designed by and other details. Also, I started getting into fashion after I started following people on Instagram and getting inspiration.

Kendall Jenner, because she’s super laid-back. I like how fashion has evolved and streetwear is the thing now. I don’t need to stick to the traditions of having to wear heels when I grow up and I don’t have to wear a tight dress to the club anymore. But in terms of high fashion, Gabrielle Chanel is a huge inspiration for me.

Last time, I went to Paris and I got to go see the archives, and some of the things on display were the clothes that Gabrielle used to wear. I just remember the guy opening the closet and a sudden rush of emotions erupted in me. I love tweed; I’m Scottish! That holds something in my heart. It’s nice to see how fashion has evolved.

What’s your first memory of Chanel?

My mother used to wear Chanel N°5 perfume. The smell gives me a very nostalgic feeling. When I smell it, there are so many memories that come back to me.

A pair of jeans, a jumper and a Chanel bag.

At 25 years old, you’re still very young, but where do you see your life going?

I just want a happy family. [Kevin] Poon always wants to spend time in LA. Before meeting Poon, I always felt most comfortable in Hong Kong and I always wanted a place here. I never thought that I’d move anywhere else, but after being with Poon, I think he wants to move to LA. It doesn’t matter where we are, as long as we’re together and happy.

When I first went to LA, I didn’t like it. It’s just so different and everything is so far apart, so you have to drive everywhere. In Hong Kong, it’s so convenient. You can get on the MTR and do multiple things in one day. But after some time, it’s grown on me. The food is good, the scene is always buzzing and there’s a lot of art there.

Speaking of art, what does the word “art” mean to you?

When I think about art, I think of all these artists’ names bouncing around in my head. I studied art during high school. Those years of studying art made me realise I’m not good at drawing and painting – however, I just like
the idea of art and looking at it. Poon is an art collector and he expanded my thoughts on it by helping me to dive into the world of art. We’re going to Frieze LA and I’m excited to see James Turrell’s installation.

Any other artists that you’re currently into?

KAWS and Tomoo Gokita. I’m in a fortunate situation where I have the privilege of knowing many of today’s popular artists. I think they’re humble, so nice and down to earth. A lot of artists start from nothing. And when some people start from nothing and become the hottest thing on the planet, they get so cocky. But they aren’t like that. It’s amazing.

What are the simple pleasures you indulge in that make you happy?

Eating! And maybe taking a bath while reading on my iPad or Kindle.

How did you and your fiancé meet?

We met three or four years ago at a Balenciaga event that he was hosting.

Do you think you’ve changed at all since meeting him?

I was more reserved before and I was super-organised. But with him, it has to be spontaneous. He tends to book flights for trips just the day before. I used to worry about a lot of things, but there’s no point in worrying because it’s all in your head, anyway.

I don’t need to stick to the traditions of having to wear heels when I grow up, and I don’t have to wear a tight dress to the club anymore

Do you think he’s changed because of you?

His friends said he has changed a lot, but I don’t know that’s from me or if it just comes with age.

What’s the most screwed up thing in the world right now?

People littering on the beach. It screws up the whole ecosystem, the water, the fish – and then entire species become endangered or possibly even extinct because of such a small action. It’s so easy for you to not throw trash on the ground.

Can you tell us a secret about yourself ?

When I laugh really hard, I get goosebumps.

In this Story: #Creative / #fashion 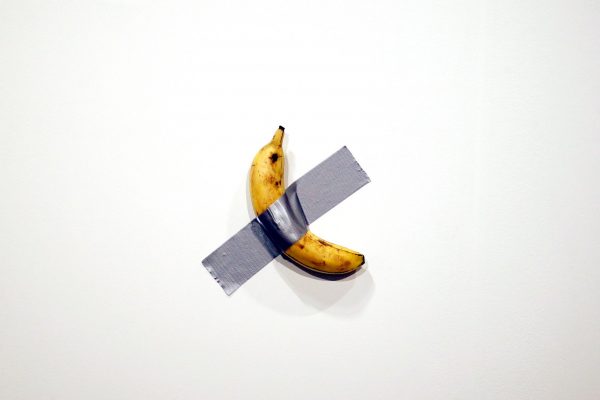 Round and round with Richard Mille The Secret of High Jewellery