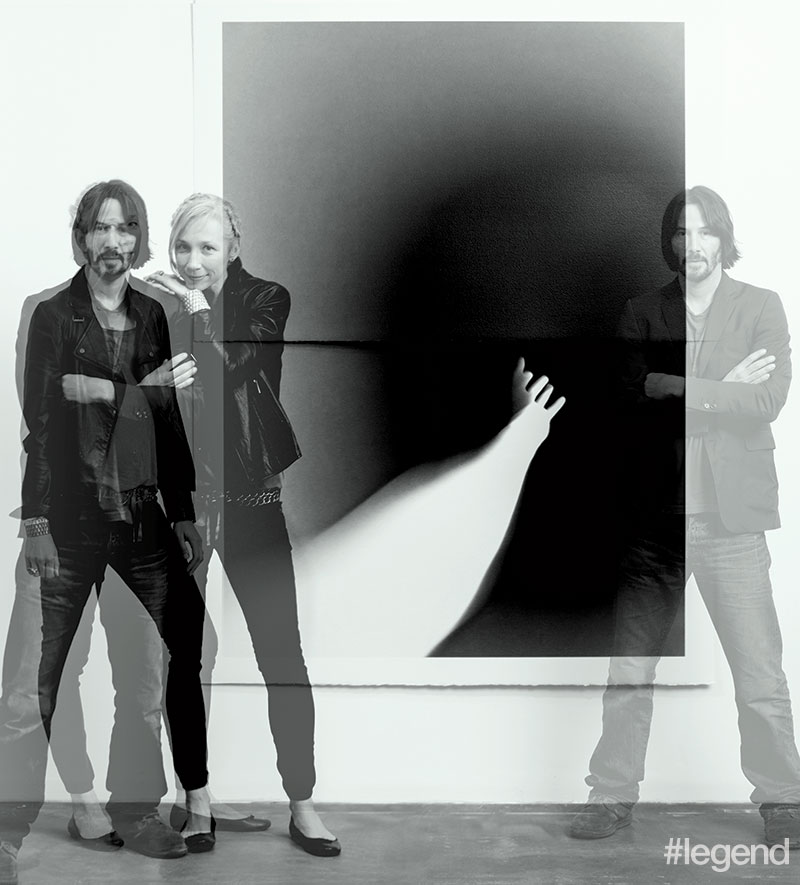 A sudden rainstorm has cleared by the time Keanu Reeves and Alexandra Grant breeze into the Acme gallery in Los Angeles. The actor and his artist friend and collaborator are there for a photo shoot, but eschew all the usual trappings of such an endeavour: they wear their own clothes and politely decline professional make-up. Reeves has no entourage, not even an assistant. They pose genially, even the famously guarded Reeves being playful and engaged.

The company he is keeping may have a lot to do with that. Grant is a noted Los Angeles painter whose peripatetic upbringing – she spent part of her childhood in Mexico – has endowed her with a vibrant and richly textured aesthetic, a composed yet accessible demeanour, and a profound love of books and, of course, art. The two met through a mutual friend several years ago, at a dinner at Reeves’ home. “We were both so curious about the other person,” says Grant. “We had an ability to communicate about a range of things and that’s been really joyful,” she says. “We care about similar foods and books and people, and we care about the role that artwork or a movie can play in touching something deep in another person.” In 2011, they collaborated on a book Ode to Happiness, written by Reeves and illustrated by Grant. Recently they reunited for another project, an art book called Shadows, containing 54 photos chosen from among 1,500 or so that Grant took of Reeves’ shadow. He captioned each image, making pithy and heartfelt observations such as: “I was born twisted/I don’t want to die”. The Acme gallery played host to a book signing and talk and exhibited scaled-up versions of Grant’s pictures for Shadows.

The conversation with Grant and Reeves morphs somewhat into a chat between the two of them, Reeves probing Grant for more detailed responses, the two of them revealing new things to one another, as close friends in conversation often do. Grant says the book was inspired by a snippet of dialogue from Malcolm Lowry’s 1947 novel Under the Volcano which she quoted to Reeves: “I have no house only a shadow. But whenever you are in need of a shadow, my shadow is yours.” Alexandra, you had a specific invitation to Keanu to work on this with you. Keanu, what was your initial response, and what about the project appealed to you?

Keanu Reeves: Everything here begins and ends with Alexandra. When she proposed the idea of Shadows, for some reason, it sparked something in me and I started sending text. I love the idea of writing poetry, of trying to condense emotions and feelings into words. And from a book it became a full-scale art exhibit. Was that the plan?

Alexandra Grant: The initial idea was to do a single photo for a magazine. What was wonderful was how the whole project evolved, in a natural and organic way. We didn’t set out to do something as ambitious as the exhibition turned out to be, and that gave us a lot of permission to grow it very thoughtfully, without a lot of pressure. We were able to take the time to do 7.7 versions. Nobody knew we were doing this together. It was our secret. We were even doing the graphic design.

KR: Well, you were doing the graphic design.

AG: Yes, but you and I were doing the layout of the book together. It involved your dining room table.

KR: Yes, I was the location for that.

AG: And you were also the one with the memory of version 2.6 being better than version 6.4. Can you both talk about what sort of art and artistic influences you were exposed to as children?

AG: I grew up partly in Mexico City and at 11 had the experience of seeing a David Hockney show that included Polaroids, and that piecing together of a subject from different vantage points inspired the diversity of practice that an artist can have. My mum met my dad in Africa and so I grew up in a house full of wonderful art from their travels.

KR: I had a similar experience, but mine came from art books. We lived in a couple of homes that my grandmother had provided for the family, and there was a lot of Chinese furniture around us, and then the books and music. My grandfather worked at Encyclopaedia Britannica so those books were in my bedroom. There was some Shakespeare, and large-format art books. My mother really loved Klimt and Picasso. I don’t draw and I don’t take photographs, but as I got older I gained exposure to abstract expressionism. I was drawn to Zen poems and haiku, EE Cummings, Sexton, Bukowski, the translated works of Rilke. So did the writing of the text in this book come easily to you, Keanu? And, Alexandra, how good a photography subject was he?

KR: I always wrote as a kid – creative writing, poems – and I still write them sometimes. I do love the written word. I have a few typewriters. I love fonts, Shakespeare, investigating and hearing words, words, words, words. I love them. I love how they sound and how we use sound to express ourselves and articulate these feelings into our cultural world.

AG: I love what you wrote. It’s a little bit scary when somebody says “yes”. This idea had come of shadows, and it was scary and vulnerable for both of us for different reasons. When I started reading these texts, I was like, “Keanu is going there”. Our first shoot was in New York in 2013. You were in the middle of filming nights for John Wick. It was cold, we were tired, we had a small amount of time. We moved the furniture, turned off the lights, and got to it. Photographing you was so easy. We didn’t have to talk that much. It was like you already knew what to do. 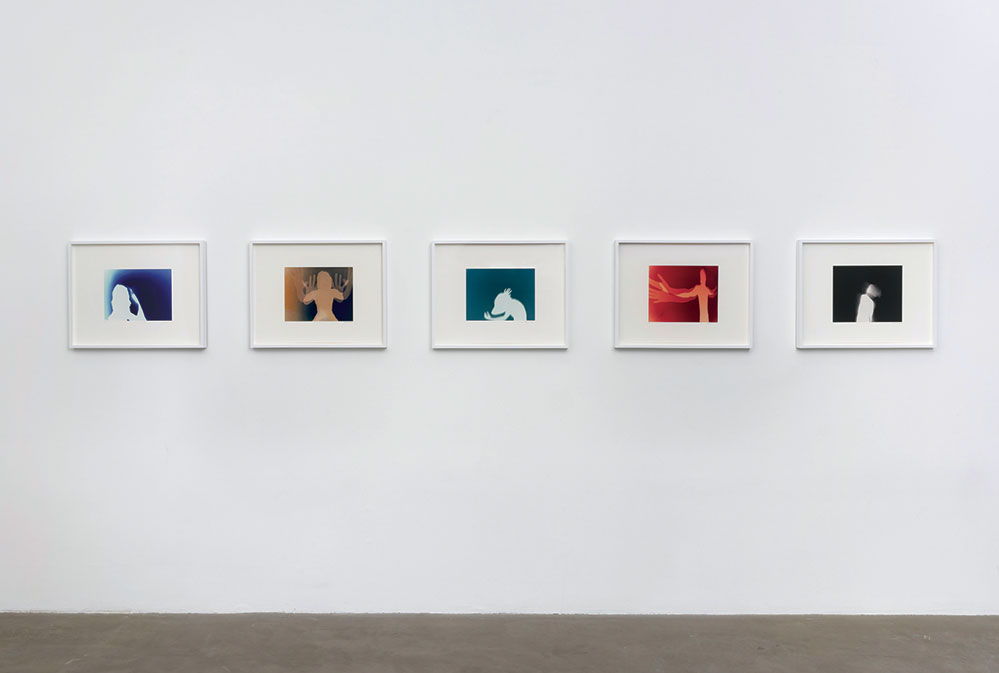 Now that it’s over, what is one word you would use to describe this collaboration? What did you learn about one another after the project that you didn’t know before?

AG: That we could surprise the other person.

KR: Absolutely – and admire. You have such great taste, and you’re a wonderful artist. I keep learning how fantastic you are.

AG: I feel the same way. 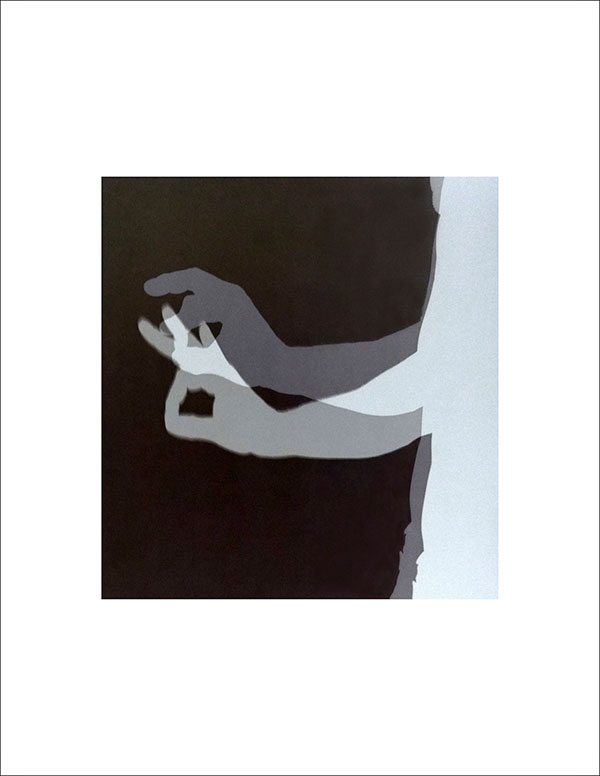 Shadows are associated with fear. What is something you each fear, and what could bring you comfort?

AG: Spiders. Someone could remove them. 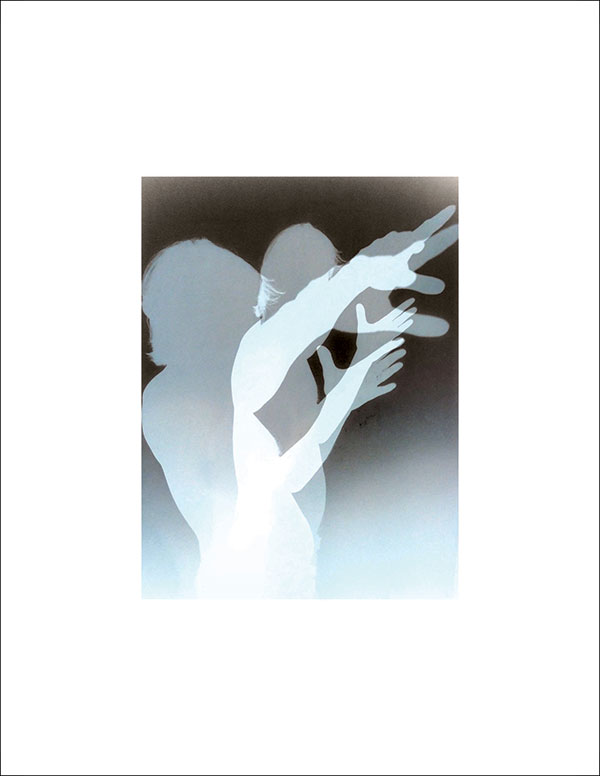