Iggy Azalea is back with a trope-bending second album that’s all about her – glorious, honest and forthright. #legend sits down with the outspoken rapper to talk about her journey, her aspirations, and how she’d rather be ridiculous than boring.

I think The New Classic was definitely about breaking into the mainstream, I was looking for that success. The things I considered included what I thought people would gravitate to. With the sophomore album, rather than following what I think is the trend, I was trying to create my own trend. The success of the first album gave me more confidence to not look to others for what the trend was.

What was your intention with Digital Distortion?

I suppose it’s almost like a character piece. The title is Digital Distortion but it’s not because it’s an album you’re going to listen to on the Internet. The intention is, “Hey we live in this digital era, it’s really easy for people to distort your character. [I wanted to] let the record show, this is my character that can’t really be twisted”. I’m trying to sonically give you the vibe of what I would want to represent myself as. Sonically, the album is more aggressive than my first but it’s still uptempo, fun and something people can dance to.

A big theme you want to convey with this album is fun. What does fun mean to you and what do you do for fun?

Fun is something that leaves you with a good energy, something that makes you want to jump around and punch the air. Every song we make in the studio, we like to play really loud and turn on the laser lights. Any song we couldn’t do that to, it’s probably not on the album.

In the single Team you sing “baby I got me, and that’s all I need…playing on my team”. Who is on Team Iggy?

I have so many great people behind the team that support me but I want to give a shout out to the guys of DRUGS, which stands for directing reality undermining governed systems. I met these guys when I didn’t have any music out, just a couple videos of me freestyling. I don’t think anyone really connected with what I was trying to do until I met these guys and something just clicked instantaneously. We all had this connection, [they understood] what I was trying to do and we made a great mixtape called Ignorant Art. Unfortunately I didn’t have the pleasure of working with them on a project until the sophomore album, but I think they are my biggest supporters because they understood me when no one else did. Even nine years later, my label and other people definitely support me in trying to be successful but I don’t think they completely understand the intention and the humour. Working on the album wasn’t an uphill battle this time.

You “ugly-sing” on the album and I’ve heard it was out of your comfort zone. Has the experience given you confidence to sing more in the future?

I think I will do more of it. I’m confident with it and I’ve had good experiences on stage with it. I do have to work on dancing and moving around on stage and trying to sing which is not something I was used to. I don’t think I’ll ever be a singer. I’m a rapper through and through, but I like the fact that singing gives you more options for melody choices and that helps when writing a song.

You’ve talked a lot about your hip-hop and rap influences like Outkast, Missy Elliott and Tupac but your music is also quite pop. Who’s your biggest pop influence?

This is funny, but I really like the Spice Girls and I did think about them when writing this album. One thing I liked was they would incorporate made-up words like “zig-a-zig-ah”. They – and other artists like Missy Elliott – would create words and leave the meaning open to the listeners. I did think about that because this time around, having a bigger fan base and having been to a lot more places, I have had people say to me, “You know, I don’t really know what your words mean but I just love the way it feels to sing your songs”. I did take that into consideration while writing, not so much what the words mean most of the time but leaving the words open to interpretation.

Speaking of Missy, it’s no secret she’s one of your biggest musical influences. Have you ever met her?

I’ve never met her but she tweeted me a couple of times, which is cool. That’s better than nothing.

What would you say to her if you did meet her?

“Hello?” I’m kind of shy about people I like. I don’t know if I would have the courage to make a big speech about how much I was influenced by her. I would probably try to play it cool but I hope I get to meet her. One day.

What is it about hip-hop that resonates with you so much?

I love songwriting in general and storytelling. Rappers are some of the best songwriters. There’s so much more room to say what you want to say than in a regular song and you have to be particularly clever to be a great rapper.

Speaking of hip-hop and storytelling, have you seen the musical Hamilton? It uses hip-hop music to tell the story of an American founding father, Alexander Hamilton.

No, I haven’t, but I have heard about it. It’s pretty disappointing but I’ve been to New York so many times and I’ve actually never seen a show on Broadway. Ever. Isn’t that terrible? I actually got down there one time in the pouring rain to see Wicked and it was sold out.

I like some of the old Disney movies, especially the jazzy ones. But I haven’t seen any of them on Broadway. I think I’d be a fan. I like Mary Poppins, that’s one of my favourite movies.

Speaking of fans, you’ve mentioned to Vogue that Jessica Alba is one of your most surprising fans. Why is that?

I don’t know if she’s still a fan but, back in the day, I had a song called Pu$$y and she posted it on her Facebook and said she liked it. I was definitely surprised because I think of Jessica Alba as somebody regal and graceful, and that was such a crass, ridiculous song. I suppose I just didn’t think someone so graceful would appreciate something so crass. But that’s cool.

It seems your whole life has been about you not fitting into the mould and it’s great that your music allows others to live outside of categories.

I hate the whole “what people expect you to do” thing. I don’t know one person who sticks to the box of what you’re supposed to like and do. Everybody I know likes all kinds of different things. It’s cool to give people the confidence to say whatever they like out loud.

Your breakout line in Fancy, you rapped “First things first I’m the realest”. Have you ever regretted being so real, especially with the Internet?

You mentioned that your rise to fame was partly thanks to the Internet but you’ve recently tweeted how out of touch you feel with new changes to Twitter and Snapchat. Do you feel pressure to keep up with technology?

I’m a dinosaur now. I feel like I would have no problem in keeping up with technology if I could use it without having everything I say turned into an article for somebody to write and, in turn, for somebody else to read. I think if I was a normal person using social media, I would have Snapchat and understand it but I feel I almost have to disconnect to be sane.

Much has been made about your solo​ journey from Mullumbimby to Miami at age 16, but it was an incredibly brave move. What gave you the courage to do it and to keep at it even when things were rough?

There were plenty of times where I was homesick. I always enjoyed every minute of being here in America but it did take a long time to adjust. I just always had big aspirations and it seemed illogical to me to take logical steps to achieve something as extreme as what I wanted. It wasn’t scary.

What will scare you?

I’d be more scared to sit in an office my entire life. Living a life where you almost know what to expect every day scares the shit out of me. Even if I weren’t a musician, I don’t think I would fit into any traditional work environment.

Would you consider yourself a role model?

As a role model, I don’t think I’m a great one. I would let my child listen to my music and I think I’m a cool person. I think I have a good message. I consider what I do knowing there are younger people watching me and there are things I wouldn’t do on stage anymore, but I don’t sit in the studios wondering what somebody’s mom would say about my lyrics.

I hope I’m just somebody who inspires other people to think outside the box and do that unapologetically. 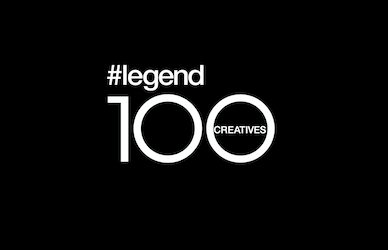 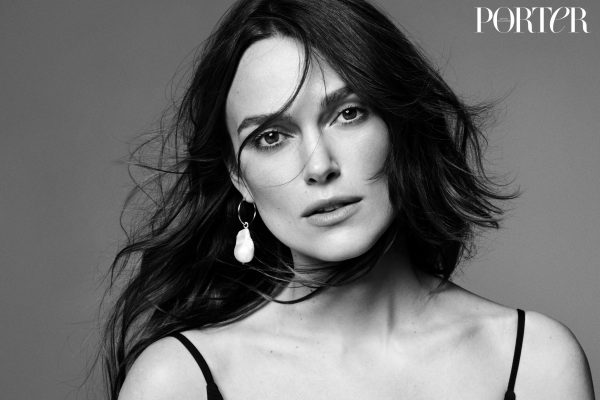