For ‘The Revenant,’ BAFTAs Prove to be a Warm-Up Lap Instead
of spending a quiet night home or romantic dinner out, the stars were out in
full force as they gathered in London this Valentine’s Day for the 69th British Academy Film Awards. With just
two weeks left till the Academy Awards across the Atlantic, the BAFTAs might
prove to be a good predictor for the contenders on the road to the Oscars.

One
movie though, should hope that the events of Sunday night can be repeated soon:
The Revenant, won the coveted Best Film award. Starring Leonardo DiCaprio and
directed by Alejandro González Iñárritu,
The Revenant continued its winning streak when they each won the awards for
Best Actor and Best Director respectively, before finally walking away with two
more awards for the production team. For DiCaprio, his role in
The Revenant has
turned whispers into shouts that this could be the year he takes his walk on
the Oscar stage.

While
the award for Best Actress went to Brie Larson for her role in
Room, the
British held their own on home soil as Mark Rylance and Kate Winslet received
awards for Best Supporting Actor and Actress for their roles in
Bridge of Spies
and Steve Jobs. John Boyega also picked up the public-voted EE Rising Star award Star Wars: The Force Awakens, beating out fellow nominees Larson and Dakota Johnson. Of
course, in a year that has seen the film and television industry face calls to
recognise the diversity of its members, there was no elephant in the room as
both BAFTA hosts and attendees openly addressed the continuing “Oscar So White/Straight” backlash. Although nominees like Idris Elba, the
transgender biopic
The Danish Girl, and the romantic drama Carol walked away
empty handed, the presenters took their chance on stage to have a laugh about
the Oscars diversity row. Both Rebel Wilson and Sacha Baron Cohen took jabs at
the upcoming awards ceremony for its lack of inclusivity, while also picking on
those in attendance who were snubbed by the Oscar nominations this year.

Women
were not forgotten too, as winner Kate Winslet dedicated her win to women who
have been put down. “When I was younger, when I was 14, I
was told by a drama teacher that I might do OK if I was happy to settle for the
fat girl parts. So what I always feel in these moments is that any young woman
who has ever been put down by a teacher, by a friend, by even a parent, just
don’t
listen to any of it, because that’s what I did – I kept on going and I overcame my fears and got over my
insecurities,” said Winslet. 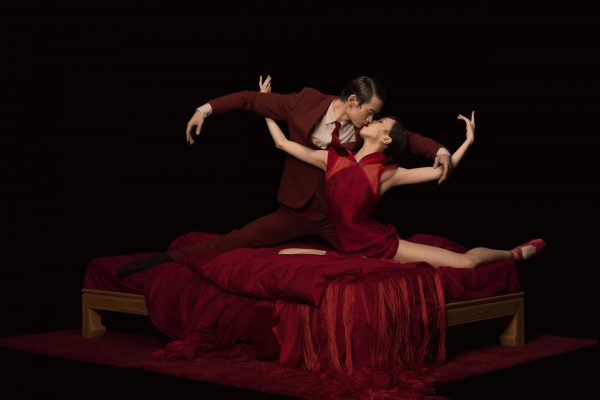 #legendtop5: Things to do in Hong Kong this weekend (11 June)