That, in a nutshell, was the overarching message of Harmony HK’s bi-annual fashion show, Harmony Show Vol. 2, that was held on the 1st of June 2019. The words, used by MC Khadija Khan when welcoming the audience, were a nod to the speech given by New Zealand Prime Minister Jessica Ardern after the Christchurch shootings. Khan was referring to the organisation’s aim which is to use fashion, music and art to “spotlight minority talents and raise awareness on refugees”. The show, that featured talented designers and musicians, also donated part of its earnings to local NGO Learning Together Hong Kong.

Harmony HK, founded by Harmony “Anne Marie” Ilunga and Innocent Mutanga, is a refugee curated social enterprise. Ilunga is herself a refugee from Congo living in Hong Kong for more than a decade. One of the estimated 14,000 living in Hong Kong. While Hong Kong has not ratified the United Nations Convention Relating to the Status of Refugees, the government has introduced the Unified Screening Mechanism (USM) to help with Refugee Status Determination (RSD). Many, however, still experience discrimination and, in the words of Harmony HK, “lack of representation”.

Harmony HK believes that art, music and fashion symbolise creativity and trends in society. These various ways of human expression can be used to deliver a message about inclusivity and representation. This was no better embodied than by their line up of models that featured talents from all over the world, including Nepal, Hong Kong, Nigeria, Uruguay, Pakistan and Curaçao, who had responded to the open-casting call. Some were new faces while others had been part of the previous Harmony Show Vol. 1. Held at Eaton Hong Kong, the theme of the fashion show was “tropical”, with designers going all out with their use of colours and interesting, sometimes controversial, motifs.

The evening began with a video being played introducing Harmony HK and how it was founded, narrated by Ilunga herself. She then took to the catwalk in a gown by designer Go NAT’S, officially opening the show. The designers featured in the show were Art Women, Basics for Basics, GLO, Go NAT’S, Harmony, Julia Horvath, LaMy Dragonfly, Laila, London High Street, Luke Harris, Maximalysm, Meraki, MUM’s NOT HOME, Natasha Wang, Ritu Priyanka, Shazia Khan, TP- Design Couture, 9 WU LA and 999 Worldwide.

According to Mutanga, Harmony HK was, “looking for talented individuals/ groups within the Ethnic Minority/ Refugee communities as well as allies of these communities who may or may not have the spotlight they deserve… We (posted) online for people designers to apply and screened from there. But for some whom we worked with from last time (Harmony Show Vol. 1), we fast tracked”. The final 20 models who walked in the show were also selected after a screening process in which diversity, awareness and confidence were part of the criteria. They were tested on not just their ability to sell the garment but also their knowledge of global and social issues. The piece de resistance of the Harmony Show Vol. 2  was the couture collection by local Hong Kong designer Luke Harris. It featured motifs that combined sacred iconography with darker, more twisted symbols. The use of oversized clothing and safety pins to hold the garments together was very reminiscent to the anti-fashion style adopted (some would say perfected) in Paris, circa 1980. The collection aimed to shock and succeeded. The brand had models wearing giant papier-mâché heads or face-kinis to hide their faces, which added to the grotesqueness of some of the pieces. For Kaur Meno Preet, a 22-year-old student, “Although I didn’t really understand the inspiration (for the brand) the Luke Harris collection was the most interesting”. Every piece was greeted with applause from the audience. Other brands also made an impression. The Julia Horvath collection brought a new, futuristic look at urban streetwear, with metallic purples and bronzes paired with combinations of white and black. With long hoodies and track suits, the collection felt like it belonged in a sci-fi film about Obi Wan Kenobi’s childhood. 9 WU LA combined designer labels with the labels of other major corporations- often creating an oxymoronic effect, with fashion house names being stitched together with the names of fast food chains. Ritu Priyanka closed off their collection with a gorgeous sari that had a metropolitan skyline embroidered on the hem. This wasn’t the only brand bringing in a different cultural style. LaMy Dragonfly’s collection extensively used printed fabrics with heavy tribal imagery and Meraki’s collection of hand-painted artisanal luxury handbags and evening clutches utilised traditional Indian folk art floral motifs. Art work by artists Hadrian Lam and Riccardo Chesti were also on display during the event. Lam was also painting live during the show. He specialises in graffiti street art but attempted to capture the energy and emotions of the audience, models and performers as he worked with UV acrylic paint on canvas for the first time. The resulting piece of art was a group of fluorescent jellyfish that was auctioned at the end of the show and bought by Dirk Dalichau, Managing Director of Eaton Workshop, for HK$ 7000.

The show also featured musical performances at intervals by Eli Zaelo, Grace Fukuda, Jbo Escobar, Ricky, Xabitat and 7on7HK, as well as a dance performance by Southeastwood Crew- the first ethnic minority group in Hong Kong to join Hong Kong’s World of Dance 2019 competition. Harmony HK already has an official partnership with Mama Told Me (MTM) and some of the featured performers, like Grace Fukuda, reached out to the show themselves.

The musicians featured mostly rappers- apt since the very origin of rap as an art form to voice out against oppression and racism. In the video that introduced Southeastwood Crew to the audience, they mentioned that they rely on body language as a universal language of inclusivity- communication through dance, for them, removes the regular barriers of spoken language that they experienced growing up in Hong Kong. Their performance included powerful dance moves, some of which were decidedly gender- fluid, as well a soundtrack that, very clearly, had diversity as the main inspiration, including, among other songs, Mother by Rupaul Charles- a nod towards gender equality. For Kaur Meno Preet and her friend Kalyani Joshi, 21, the music was the most enjoyable part of the evening. They mentioned that they didn’t really know much about fashion so they felt that the music which “embodied different cultures” gave them a chance to connect to the main cause of the event. Joshi, when describing the evening, said, “The energy was so different from what I had perceived it was going to be. It was both professional and enthusiastic”.

It was also easier to organise than the first time, recalls Mutanga, especially when it came to sponsors. “After our successful show last December, this time we had quite a number of sponsors reach out to us, but initially and a bit this time we reached out to sponsors through either connections or cold contact”. Operations and logistics were also smoother, given the practise from the last show. But, as Mutanga explains, there is still room to grow and they already have new ideas in mind for Harmony Show Vol. 3. “One primary change we will make for the next show is that we will incorporate more technology; automate a number of processes such as check-in. We will include drone footages and we will explore how much we can exploit new technologies to enhance the show and hopefully increase the impact”. 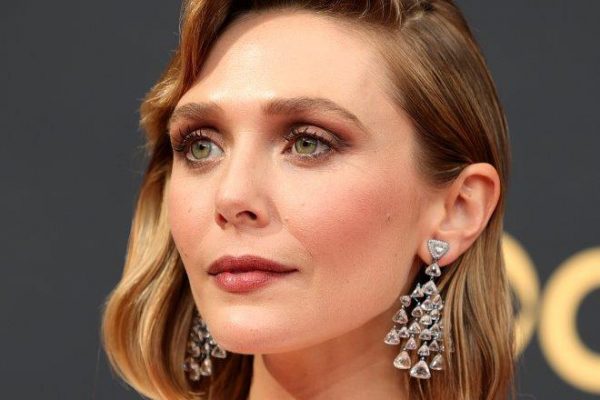