A lot has changed for those suffering from AIDS Thanks to more research and advanced technology, the life expectancy for AIDs and HIV patients – who actually have access to treatment – have vastly increased. However, as the world gets swept up by Trump becoming president and other diseases and wars happening all over the world, the AIDS epidemics  rarely make headlines these days – but that doesn’t mean it’s gone away.

Over 36.7 million people are living with AIDS around the world. Ahead of The Society for AIDS Care annual AIDS Walk from The Peak (Sunday, March 4), we speak to them to learn more about the situation for those living with AIDS here in Hong Kong: 2. There are 8,952 HIV accumulated infected cases as reported in 2017 Q3 according to the Department of Health. Contrary to worldwide infections number, there is still an upward trend in the infected situation in Hong Kong.

3. Men who have sex with men (MSM) still dominated the epidemic and accounted for 60% of the reported cases in 2016. However, in newly reported heterosexual HIV infections, the female to male ratio has increased from 0.5:1 to 0.81:1, reflecting an increasing number of female being infected. Nevertheless, since women have not been considered as a high risk group, the government has not allocated any resources for services for women in Hong Kong.

4. The annual count of new HIV infected cases has more than doubled in the past decade, from 313 new cases in 2005 to a peak of 725 in 2015. However, government funding does not consider the need for services for a growing number of women, teenagers and seniors.

5. A person who has HIV can pass the virus to others even if he or she is asymptomatic. The only way to know if someone has HIV is by an HIV antibody test.

6. The Department of Health and a number of NGOs provide free HIV testing for the public, the Society for AIDS Care is the only organization that provides HIV and Syphilis testing for women in Hong Kong and operate under self-funded program.

7. The Universal Antenatal HIV Antibody Testing Programme at present in Hong Kong offers around 98% coverage. However, there were still five infants being infected with HIV from 2009 to 2015. The Society for AIDS Care is the only organization offering a mother-to-child transmission prevention program in Hong Kong. They are urging the government to expand their MTCT testing service to women who are in a later pregnancy stage.

8. With the advancement in HIV medication, people living with AIDS (PLHIV) continue to live longer so the demographics of PLHIV are shifting. The Society for AIDS Care has been providing for an increasing number of PLHIV who are elderly men and women. Their 24-hour emergency hotline and home care services are especially important for them.

9. Many PLHIV in Hong Kong are still not ready to disclose their positive identity to even their families and partners. We strongly believe in eradicating the “stigma and discrimination” around those who have AIDS. This is something that urgently needs to be addressed in Hong Kong.

10. Due to ‘stigma and discrimination’, PLHIV need emotional and psychological support. More than 60% of PLHIV suffer from depression in different stages of their life, together with medication supervision, The Society for AIDS Care provides therapeutic counseling, peer supporters, food assistance and a 24-hour nurse assistance hot-line in order to help them through difficult times.

The Society for AIDS Care’s AIDS Walk raises funds to help children, adults and the elderly in Hong Kong who are suffering from AIDS. Make a donation and join in on this special day to help raise awareness and make a difference. HK$500 can support nine therapy group sessions at the Society for AIDS Care Centre, HK$1,000 supports six women phone-in and free HIV testing services and HK$2,000 can support 12 home visits by HIV care nurses.

To find out more visit: aidscare.com.hk/aidswalk In 2020, Hong Kong Museum of Art to host the city’s first-ever exhibition of Sandro Botticelli Atelier Cologne brightens up the holiday season with its citrus magic 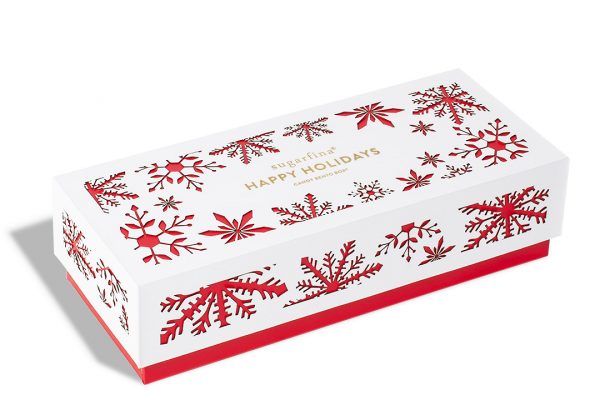