Last year, Hong Kong-based logistics company Lalamove closed US$300 million in funding, effectively earning its place among the “unicorn” elite, or startups that have reached US$1 billion or more in valuation. Lalamove’s business platform is designed to make delivery fast and simple, targeting primarily small and medium-sized enterprises (SMEs), and on a smaller scale, end consumers. Today, the six-year-old company operates in over 260 cities across Greater China, South East Asia, India and Latin America.

We talk to Blake Larson, Managing Director of Lalamove, to know more about the business, how the startup has become top-of-mind when it comes to logistics solutions, and the formula to its success.

What is the story of Lalamove?

Shing Chow, Lalamove co-founder, started the company in the middle or late 2013. Shing missed the first internet bubble in 1999 and looked at what was coming around next. Then he saw how Uber was changing transportation and looked into how other industries benefited from the digital revolution. It was logical then to look into the logistics and transportation sector.

How did Lalamove build the team during its earlier days?

I would like to say there’s a glamorous, sexy story behind it. But, really it was one day deciding this was something worth pursuing, and then started interviewing people; in the beginning there was just an idea without a product or services. Just getting people convinced of what you were going to be doing was something. We were looking for people who had relevant skill sets who believed in what we were trying to do. This really helped us build the team from day one. After that, we basically made it a rule to to hire the people better than the average employee because we knew that we always had to better those abilities, and that is the hiring philosophy we adhere to this day.

Who are the target customers for Lalamove?

We focus primarily on SMEs, which make up over 90% of business. We do this for a few different reasons. First, there are a lot of SMEs. Second, SMEs have a lot of “pain points”, typically among those whose owners are entrepreneurs. Even more on the micropreneurs, or those who sell on Facebook or in places like the U.S., Craigslist – all of these independent sellers. We partner with them so we take away all of the “bombs” on the logistic sides so they can really focus on what they love doing. That said, we can also help individuals move to their furniture and belongings to their new home.

Lalamove recently celebrated its 6th anniversary – what do you think has contributed to its success so far?

We focus a lot on the sustainability of the company. I think it is very exciting to be part of a company that grows. We actually create that value so it is sustainable and sticks around for the long term. For instance, we try to create more value for a driver and user by giving out lots of promotions; we strive to provide better services and better technology around is very important. I would say the second thing that is really important to our success is always setting high expectations for ourselves. Whenever we launch into a new city, we do not just reference the average of all of our cities. We actually look at which city is doing the best and see how we can do even better next time. This is the way we continue to learn from our past experiences and just become better. Third thing is we listen to and value our customers and drivers. We talk with our users, as well as our drivers, to understand how we can help them improve even more.

We’re successful not because we’re smarter than everybody, or have the best ideas, instead, it’s because we listen to the people we service and those who deliver that service.

What would you say to young start-up owners who want to succeed in Asia?

Start younger than I did. No, haha. There are probably a few things: One, pick a big market if you want to make a big impact; a market that’s big enough that you have room to grow, make mistakes and create value. Two, build something that is at least five times better than the existing solution for that market. The last thing I would say is do a few things very very well instead of a lot of things, average. So basically stay very very focused. It’s very easy to want to do a lot of things and be very ambitious at the beginning, but sustaining the business, being the best and then eventually branching to other things is key. It’s especially important when you have limited time, limited people and limited money – so stay focused. 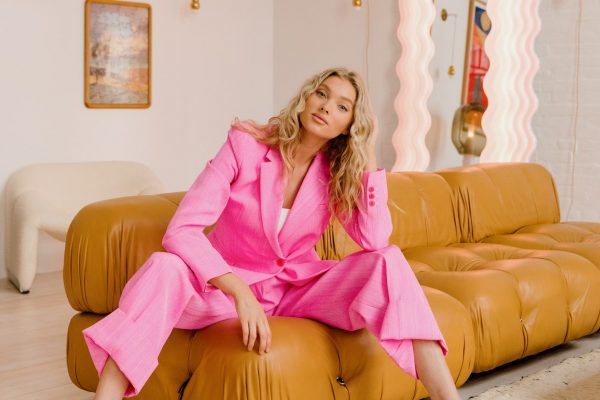 Stop Hate For Profit: Why celebrities are freezing their Instagrams for a day