The racist reasoning behind ‘cheap eats’ There’s a problem in the food industry. And this one isn’t sexual harassment, sustainability or tipping culture, though these are all serious issues warranting extended discussion. This time, it’s the customers themselves. Despite the #wokewave of the last few years, an atmosphere of racism still prevails in the culinary sphere.This isn’t the stereotypical shout-at-you-in-the-streets racism. This racism is stealthy, subtle and barely noticeable. It lives predominantly within the minds of the affluent and educated.

It’s a secret sense, one that many aren’t even aware of having. What is it? Let’s call it food racism. It’s the only expression I can come up with to define the notion that certain cuisines are worth more than others, financially speaking. “Ethnic” cuisines, generally defined as belonging to non-white cultures, are expected to be cheap in most parts of the Western world. Thai, Indian, Mexican, Cambodian and even Chinese cuisines fall under this category. From this belief springs controversial sub-ideas, such as food fetishism (a fleeting celebration of the It cuisines of the moment) and gastronomic bigotry, the latter being a theory that suggests people are more likely to blame food poisoning on “ethnic” foods over European-based ones without any evidence whatsoever. It was an informal study of Yelp reviews conducted by journalist Andrew Simmons in a piece for Slate, but it touched upon a disturbing potential reality – that many consumers view these cuisines as dirty.

To claim a food as a trend is to ignore the millions of people who rely on it for daily sustenance. Many cuisines and culinary cultures have existed for centuries, even millennia. They’ve evolved with history and transformed with those who prepare it. It’s an integral part of a people’s story and to claim it as a passing fad – whether it’s Filipino, Jamaican, Ethiopian or Peruvian – is to disregard the permanency of this cuisine within its own culture. For these reasons, food is intrinsically linked to the people who make it. You cannot separate wheat tortillas from Mexicans and their Spanish conquistadors, just as you cannot remove spam musubi from the Hawaiians and their military past. These component parts, and the cuisines they belong to, are the result of a set of circumstances unique to an area and a people. To view them through the lens of gastronomic bigotry as unclean is a reflection of one’s own perception of the community at large. In essence, it’s saying your kitchens are unclean, and by extension, so are your people. 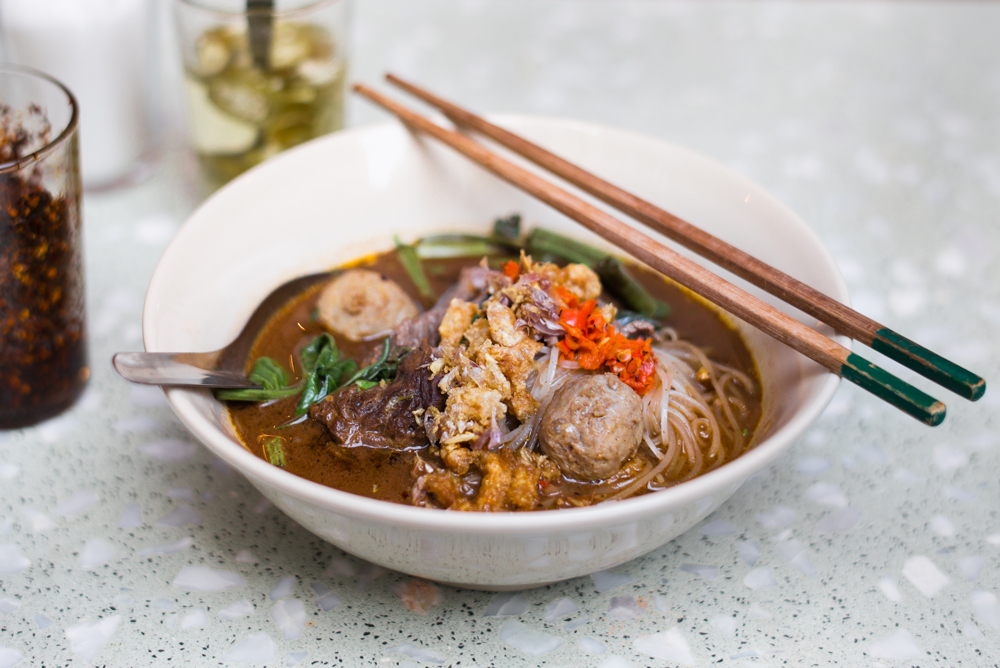 The allure of cheap eats is something even the most well-meaning “foodies” fall victim to. There’s a sense of pride in knowing a restaurant off the beaten track that’s authentic, serving up traditional dishes that are as cheap as in its home country. It’s something exotic to be discovered and celebrated. While that isn’t racist in and of itself, the unspoken part is – a belief that entire cuisines can be categorised as “cheap eats” and, more importantly, that they must be relegated to that price point. Springing from the “secret spot” mentality comes a belief that to be truly good, a cuisine must be authentic, and to be authentic, it must be cheap. It’s a vicious cycle that keeps immigrant entrepreneurs at the lower economic echelons of society.

Chef Adam Cliff of the wildly popular Samsen in Wan Chai believes this thinking is an “outdated approach to dining out, from a period in time when most Asian cuisines were only represented by poor-quality, bastardised versions of the true cuisine.” For Cliff, it’s not racism – it’s ignorance. But that’s improving rapidly as a direct result of affordable travel and access to information. “People are slowly coming to terms with the fact that Indian food is not defined by butter chicken, just as Thai food is not defined by pad Thai,” he says.There has been an increase in higher-end “ethnic” restaurants in Hong Kong – such as 11 Westside for Mexican and Moi Moi for Vietnamese – but one wonders how long they’ll be able to survive, especially at the city’s current rental prices.

Anecdotal though this evidence may be, it’s a seemingly ubiquitous attitude. Ask yourself: would you pay HK$45 for a single palm-sized taco or HK$150 for guacamole? (And let’s not forget that pesky 10 per cent service charge.) Often, in personal conversations and online reviews, the same reaction appears: “That’s too expensive for those foods.” In Mexico, a taco often costs less than HK$10, so why should you pay more than four times that cost? Because the two offer completely different experiences, and are made with varying qualities of ingredients, techniques and preparations, not to mention the restaurant’s overhead. Speaking to Vice chef Matty Matheson last year, he agreed. “I can slam Tibetan momos for US$6 and be full and content and happy, or I can spend US$1,500 at a restaurant like Per Se and have my mind blown. It’s like watching the ballet; it’s a completely different kind of experience.” Even here, however, he imagines a scenario where French food is expensive and the exotic other of Nepalese is cheap – but the fact remains that there’s a market for both.

Just last year, this was proven with the stratospheric success of Noma Mexico. The seven-week pop-up by culinary wunderkind René Redzepi and his team offered diners an opportunity to taste Redzepi’s interpretation of “hyper-local” Mexican food for approximately US$750. Tickets sold out in less than four hours, proving that there’s a taste for high-end ethnic food – as long as it’s not too ethnic.

“Is that racist?” Anthony Bourdain, the American chef, author and television presenter, ponders when we broach the subject. It’s an offshoot conversation during his interview for last month’s issue. “Yes, of course it is. It’s the same in New York [where tacos are cheap] unless you’ve got a white guy making the taco – then they can charge US$22.” I ask if that’s troublesome, a white chef glamorising a food staple from a culture not their own. He pauses to think. “Is that cultural appropriation? Is that racist? I don’t know, but look, if it’s a good taco, a fresh tortilla and all of the ingredients are top-quality – that’s time-consuming. Look, we should be paying more for Mexican food in general. But we insist on it being cheap. Same with Indian food.” He pauses again, rubbing his thumb and forefinger together. “Yeah, you know what – it is racism.”

The way we view a culture’s food reflects the way we view its people. In oft-repeated stereotypes, French food is exacting and precise, like the French, while Italian is comforting and generous, British is bland and American is fatty. So what does this mean for the people of the “ethnic” countries? Do we perceive them as lesser because we perceive their food as lesser? If so, do we also think of them as unclean, the way many think of their cuisines? These are questions we each must answer for ourselves – but first, we must confront this uncomfortable reality.