Actors have the Oscars, musicians have the Grammys and chefs have the Michelin Guide. Founded in 1900 by the eponymous tire company to encourage road trips, the book quickly went from humble automotive guide to international sensation. Today its simple stars are synonymous with excellent food, and earning them is the goal of chefs around the world.

The 2018 Michelin Guide for Hong Kong and Macau is being officially announced this Thursday, but before that we polled the #legend team to find out who they think deserves a star. Disclaimer: we are not food experts, but we do love our grub.

Mott 32 for sure. My favourite foods in the world are char siu and sweet and sour pork, and Mott 32 has the best of both in the city. I literally go here every year for my birthday. How doesn’t it have Michelin stars already? Also, 27 Kebab House (that one under the escalators in Central) – sure, it’s generally a drunk food spot but I come here sober too, so that definitely counts for something. Definitely Kenjo in Tsim Sha Tsui, the sashimi is some of the best in Hong Kong and the closest to what I’ve tried in Japan. Also, an honorable mention should go to Kennedy Town’s Sun Hing Restaurant that opens its doors every night at 3am and serves amazing dim sum that I love – both when I am sober and when I am not. Regardless of how one feels about the guide, it’s still a great honour for chefs, so I’ve got my fingers crossed for Belon, Arcane and Frantzén’s Kitchen. They’re consistently putting out dishes at such a ridiculously high level of sophistication, it would be a crime for them not to get recognised- especially Arcane, that award is a long time coming. Also, I’m a huge fan of Calimex but maybe that’s going a little too far… The only place I go to for Chinese food is George Private Kitchen. It’ll probably never make the Michelin list because it’s a private kitchen, not a restaurant, but if you call yourself a real foodie, then you’ll know this place serves the real deal.

Who do you want to see earn a Michelin star this year? Let us know on Instagram or Facebook @Hashtag_legend 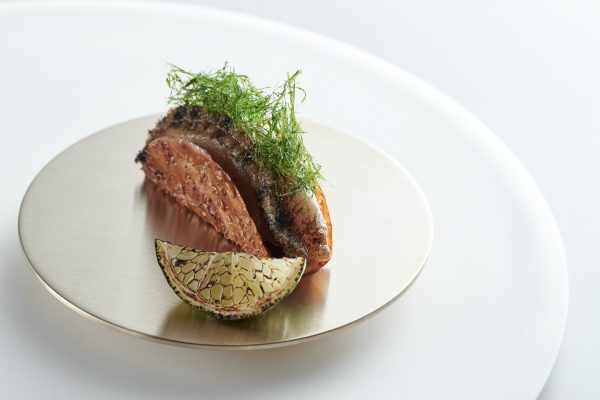