​You’ve seen her as Katharine Hepburn, Bob Dylan and Queen Elizabeth I, but Cate Blanchett outdoes herself in her latest role – or roles. Blanchett takes on 13 different personas in German artist Julian Rosefeldt’s Manifesto, part of a series of multichannel video installations the artist has made in the past decade, now showing at Melbourne’s Australian Centre for the Moving Image. “I used the title Manifesto as a clear statement that the focus of this work is on texts – whether by visuals, artists, filmmakers, architects – and the poetry of these texts. Artist manifestos are the seismographs of their age,” says Rosefeldt, who heavily edited the original texts into spoken dialogue.

The work, which was shot over 12 days in Berlin in 2014, draws on the writing of Futurists, Dadaists and Fluxus artists and influences such as Russian artist Kazimir Malevich, film director Jim Jarmusch and US pop-art sculptor Claes Oldenburg. Blanchett performs the striking monologues as characters ranging from a newsreader, factory worker and taxi driver to puppeteer, ballet instructor and homeless man, voicing fragments from influential manifestos in the most commonplace settings.

As teacher in a classroom, Blanchett quotes Jarmusch to her primary school pupils: “Nothing is original. Steal from anywhere that resonates with inspiration or fuels your imagination.” Rosefeldt calls this scene a “wonderful breach of taboo”, saying it resonates because we know how important a good education is, but we also have a sceptical anger against so-called good education. Blanchett is breathtaking as she morphs effortlessly through the line-up of characters.

So how was it behind the scenes? “Cate retained her special sense of humour during work. We laughed a lot,” says Rosefeldt. Manifesto is screening with three other Rosefeldt video installations at ACMI until March 14. 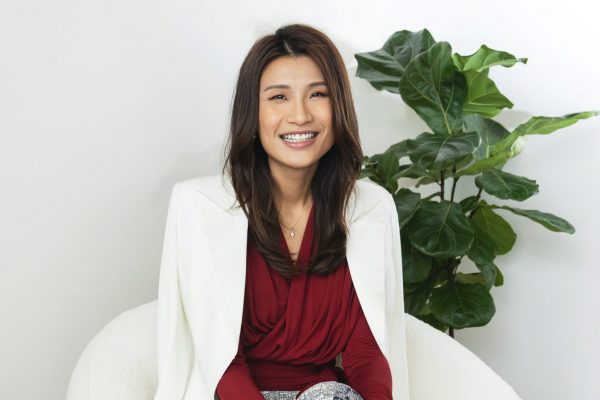