Suave, sophisticated, polished, cultured and stylish: each describes the work of New York and Maine artist Alex Katz. If you’ve never seen the work, cast your mind back to The Devil Wears Prada. Miranda Priestly’s New York townhouse boasts a Katz portrait, Harbor #3, hung with Upper East Side nonchalance. Or, if you were at Barneys last September, you may have seen the limited-edition collection of homewares and accessories featuring Katz’s iconic black-and-white drawings.

“I can’t think of anything more exciting than the surface of things; just appearance,” Katz likes to say. His billboard-bright, colour-saturated canvases are paeans to art and artifice, coolly romantic and distant, portraying love and a life that fail to connect, abstracted by tense resonance, and yet lived under the façade of a “poisey”, posey, Hamptonesque panache.

His work and world are where a glossy mood board and prototype Instagram collide to create a kaleidoscopic Katztagram with the eye-popping quality of a Matisse and distinctive American cool. Katz may be 88 this year but his work is enjoying a Millennial moment. “Alex seems to be more popular than ever with young audiences,” says Diana Tuite, curator of the Colby College Museum of Art in Maine, which houses the biggest single collection of Katz’s work. “He has always been something of a painter’s painter. They seem to appreciate the sophistication and mastery informing his facility and understand the distinction between the appearance of superficiality and the quality itself.

“When we held our book launch at the New York Public Library last September, I was stunned to see that more than half of the room consisted of people 25 and under. There is a conceptual rigour behind his work and I think that this is what continues to reveal itself and accrue new relevance.” Katz’s work is held by museums throughout the world, including the Museum of Modern Art, the Metropolitan Museum of Art and the Whitney Museum of American Art in New York, and European museums such as the Tate Modern in London, the Museum für Moderne Kunst in Frankfurt and the Guggenheim Museum Bilbao. He is currently being exhibited at the Met, the Smithsonian American Art Museum in Washington, Galleria Monica de Cardenas in Switzerland and at the de la Cruz Collection Contemporary Art Space in Miami. They include drawings, prints and paintings. Among them are two cut-outs, the artistic device Katz pioneered in the late 1950s; a haunting cityscape; portraits of Ada, Katz’s wife and long-time muse; and portraits of luminaries from Katz’s social and artistic circles.

Katz’s Big Apple feel is part of the appeal for Hong Kong tycoon K. S. Lo, chairman of Langham Hospitality Group, and his daughter, Katherine. Katz’s work graces the walls of the Langham Place, New York – a reflection of the image of passers-by at 400 Fifth Avenue that anyone sitting in the hotel’s lobby or its Measure Lounge can enjoy through the floor-to-ceiling windows. “I’ve known of Alex Katz’s work for years. He’s a very special artist,” says Lo. “I discussed with Katherine whether or not it would be good to have his works in our hotel and she agreed. She’s the artist in the family. The reaction from guests who know his work already is ‘pleased and impressed’.”

Lo has long been a fan of Katz and collector of his art. “I have always admired his work for its contemporary yet timeless style,” he says. Pride of place at New York’s Langham Place goes to two paintings called Trio, hanging in the lobby. “They represent human types and spirits that are so American, so New York,” says Lo. “They feel cosmopolitan and global.”

The name Alex Katz may not set auctioneer’s gavels a-hammering in quite the same way as some of his contemporaries. The work of Jasper Johns, Andy Warhol, Robert Rauschenberg and Willem de Kooning is more in demand, but Katz’s work is no less covetable. A precursor to pop art, Katz was a realist going against the grain and provoking his peers unapologetically by making figurative paintings when Abstract Expressionism was du jour. Born in Brooklyn in 1927, Katz began to develop his mature style only in the late 1950s. It is characterised by elegance, simplicity and stylised abstraction. The artist minimises detail and shading, choosing instead bold contours, blocks of colour and strategic swipes of the brush. As much as they represent specific people and places, his works also depict the act of seeing. He captures the surprise and suspense, the desire and pleasure that accompany the experience of being a spectator.

His style set him apart from the avant-garde mainstream of the 1950s and 60s, and public recognition followed in the 1980s, when younger artists were inspired by his bold, monochromatic portraits and plein air sketches in monumental scale. His work creates natural parallels with the aesthetics of film and advertising.

Katz has always painted Ada, his wife, or his “Dora Maar to Picasso”, as he calls her. “She’s both a European and American beauty,” he says. More than 300 of his works depict his muse. But Katz doesn’t just paint people. His work comprises landscapes, seascapes, interiors and flowers. His floral works go back to the 1950s and predate Warhol’s by a decade. His nocturnes of Washington Square and the downtown New York skyline are like scaled-up Edward Hoppers. Art historian Robert Storr called Katz’s work “a new and distinctive type of realism in American art which combines aspects of both abstraction and representation”.

The only mystery, to date, is why more brands haven’t leveraged Katz’s urban cool. He’s Tory Burch Sport waiting to happen, or the sort of lifestyle-something that Gwyneth Paltrow and her virtual GOOP-sters might launch. Either wittingly or unwittingly, Katz is so good at depicting lifestyles that he’s like a fully fledged and full-blooded American version of Italy’s aristocratic illustrator René Gruau. Both are improving the world one brushstroke at a time. 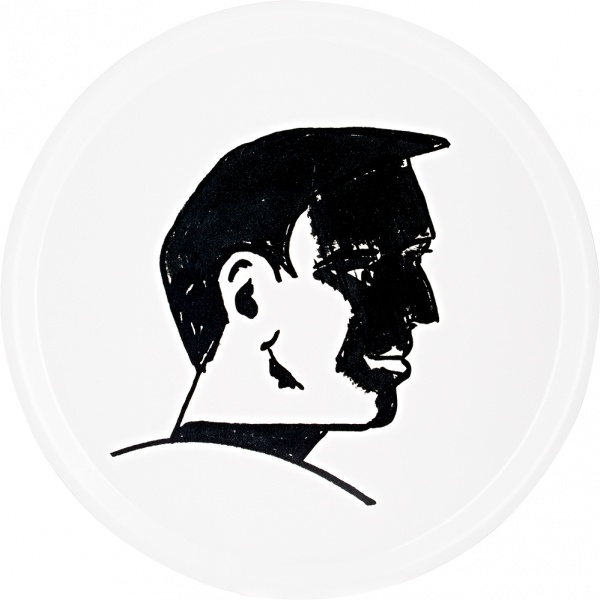