100 years ago, the UK implemented the People Act of 1918, which granted British women over thirty the right to vote. The law represented a milestone for the Suffragettes who courageously fought to obtain equal rights for decades and inspired movements all over the world.

While facing violent opposition on many fronts, through protests, social activism and powerful resistance, in early 20th century England the Suffragettes did, at last, triumph.

In the year that marks this centenary as well as #MeToo and Time’s Up – according to the World Health Organization, one-third of all women worldwide are affected by sexual violence –  their heroism couldn’t be any more admired. The 2018 International Women’s Day’s celebrates them and all the women still fighting for equality. “Women have served all these centuries as looking glasses possessing the magic and delicious power of reflecting the figure of man at twice its natural size,” British novelist Virginia Woolf wrote in her essay “A Room of One’s Own” in 1929. The book was based on a collection of lectures that Woolf gave at two women’s colleges at Cambridge University the year before, which explored the economic, social and cultural challenges faced by women writers.

Woolf was one of the most prominent feminist authors of the 20th century and a pioneer in speaking up against underrepresentation and unfair retribution in her industry, at the time widely dominated by men. In the celebrated “The Bloomsbury Group” of intellectuals, of which she was a prominent exponent, her and Vanessa Bell were the only women.

When I recently re-read her ground-breaking essay, I realised that her words, like the slogans and speeches of the Suffragettes of the early 20th  century, couldn’t resonate any louder in the social and political moment we’re all currently living in.

Sharing their #Metoo stories, people galvanised a movement that doubtlessly impacted our culture beyond social media and fomented a larger change. Similarly, Time’s Up has inspired women beyond Hollywood to speak up about their experiences – even if many associated and associate it with the elites. But they also put a spotlight on the “silent activists: the factory workers, mothers who sent their daughters to march, and, crucially, empowered the youth,” says Staci Ford, professor of history and researcher on gender studies at the University of Hong Kong. Since last October, millions of women were encouraged to organise and unite, sending a powerful message of hope and resiliency to the world. “Whatever is happening now, we also have to look back and not just forward,” says Ford. “The current movements are global and it is a path more than being something new, like with the Suffragettes, they are big catalysing moments.”

The past five decades have redefined what it means to be a woman in many societies. Today, we’re told that we can achieve and do pretty much anything, that we can be whoever we want to: a result of decades of discussion on womanhood and its complexity as well as the importance of these conversations in cultural narratives.

But with the World Economic Forum’s 2017 Global Gender Gap report showing that gender equality is more than 200 years away, International Women’s Day shouldn’t just be a celebration but also serve as a reminder of “how much there is still to do for many women who still don’t have basic rights,” Ford explains.

Nonetheless, while girls and women all over the world still face plenty of obstacles, they also go into the world increasingly equipped to overcome them and to break boundaries in many fields.

“This year’s International Women’s Day is different.” Ford says. “Every year there are many more men getting involved in the activities and it seems that the debate is more diverse than ever and spaces across gender, class and ethnicity.”

Check out some of these events to celebrate International Women’s Day in Hong Kong: 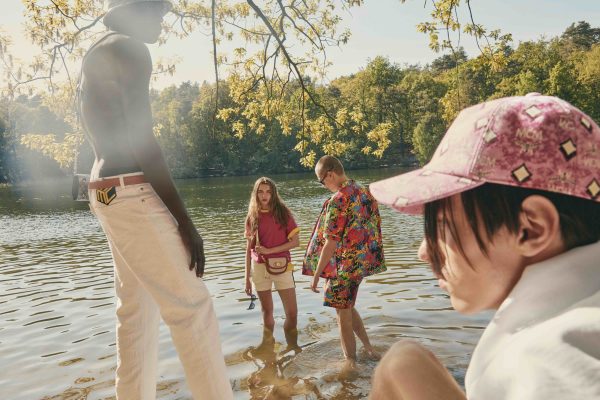