#wellness: Do you know your plant-based alphabet?

Treehouse founder, trained chef and plant-based eater Christian Mongendre believes that Mother Nature is our best designer. From apples to zucchini, he shares some fun facts he’s learned about her rich bounty

Apples give you more energy than coffee. Thanks to their high carbohydrate, vitamin and mineral content, apples are the perfect storm of nutrition to help you stay energised all day.

The bananas we eat are actually all cloned from a single banana plant in Southeast Asia, which means that every banana is exactly the same as every other banana. Also, bananas are technically herbs. They are slightly radioactive due to their high potassium content.

Using a pen and made a mistake? Take the outside of a cucumber and use it to slowly erase the error. Coconut can temporarily replace plasma in the blood and was used during the Vietnam War.

Durian may be the stinkiest fruit in the world, but it’s also one of the most nutritious. The King of Fruits is rich in fibre, vitamin C and a number of healthy plant compounds.

Elderberry is a superfood when it’s not lethal.

One cup of grapes, with about 100 calories, provides more than a quarter of the daily recommended values of vitamins K and C. Grape seeds, which are edible, are chock-full of antioxidants.

Horseradish’s heat is actually due to a volatile compound called isothiocyanate. Interestingly, horseradish isn’t hot until it’s grated or ground – this is when the root cells are crushed and isothiocyanates are released.

A jackfruit is the largest fruit grown on a tree. In fact, it grows on the trunk of the tree. It takes five to seven years before a tree will produce fruit, but once it does, it will grow 150-200 a year. Some jackfruits weigh more than 100 pounds.

Kiwis contain twice the vitamin C of oranges, and they’re a high-potassium, low-salt alternative to bananas. They’re packed with other vitamins, minerals and heart-healthy nutrients, too.

If a lemon is attached to electrodes, it can be used as a battery to power a light.

Mushrooms have their own immune system.

Nutmeg, in very large quantities, has a hallucinogenic effect.

Hold a slice of bread in your mouth to avoid crying while cutting onions. Onions also contain over 100 sulfide-containing compounds, which provide a number of health benefits such as the prevention of asthma and some types of cancer.

Potatoes were the first food to be grown in space. In 1996, potato plants were taken on the Space Shuttle Columbia.

NASA has proposed quinoa as an ideal food for long-duration space flights.

Radishes were paid as ‘wages’ to the Ancient Egyptian workers who built the Pyramids.

Tomatoes are a fruit and they are the most popular fruit in the whole world! In the 1890s, the US Supreme Court
named them a vegetable for taxation purposes.

The ugli fruit is a cross between a mandarin orange and a grapefruit. It is rich in vitamin C and other nutrients, low in calories, and contains powerful anti-inflammatory antioxidants called flavonoids.

Vanilla is the only edible fruit of the orchid family, the largest family of flowering plants in the world.

Watermelons play a key role in keeping you hydrated. Due to its thick skin and the fact that it’s 92 per cent water, the fruit was carried by explorers and desert-faring folks so they always had something to drink.

Ximenia is also known as hog plum and its trees can grow up to 10 meters tall. The tree has a strong almond smell.

Yams supply carbohydrates and fibre, two important nutrients for feeling full and having energy. Fifty-four million tonnes of yams are farmed in sub-Saharan Africa. This so-called Yam Belt produces 95 per cent of the world’s yams, of which there are more than 150 varieties available worldwide.

Biggest is not the best. The most flavourful zucchinis are small- to medium-sized. A zucchini also has more potassium than a banana.

In this Story: #wellness 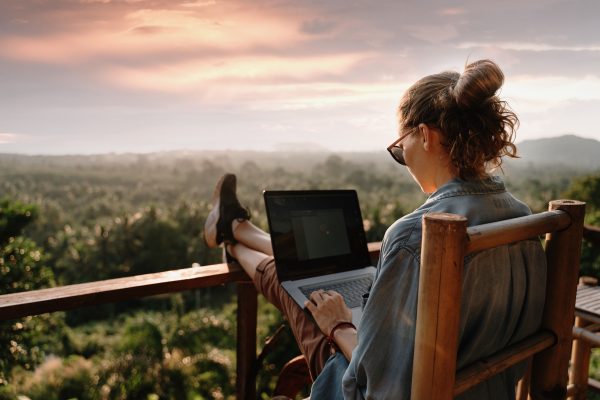 Finding workplace wellness beyond the confines of office walls 3 Types of meditation to enter the New Year